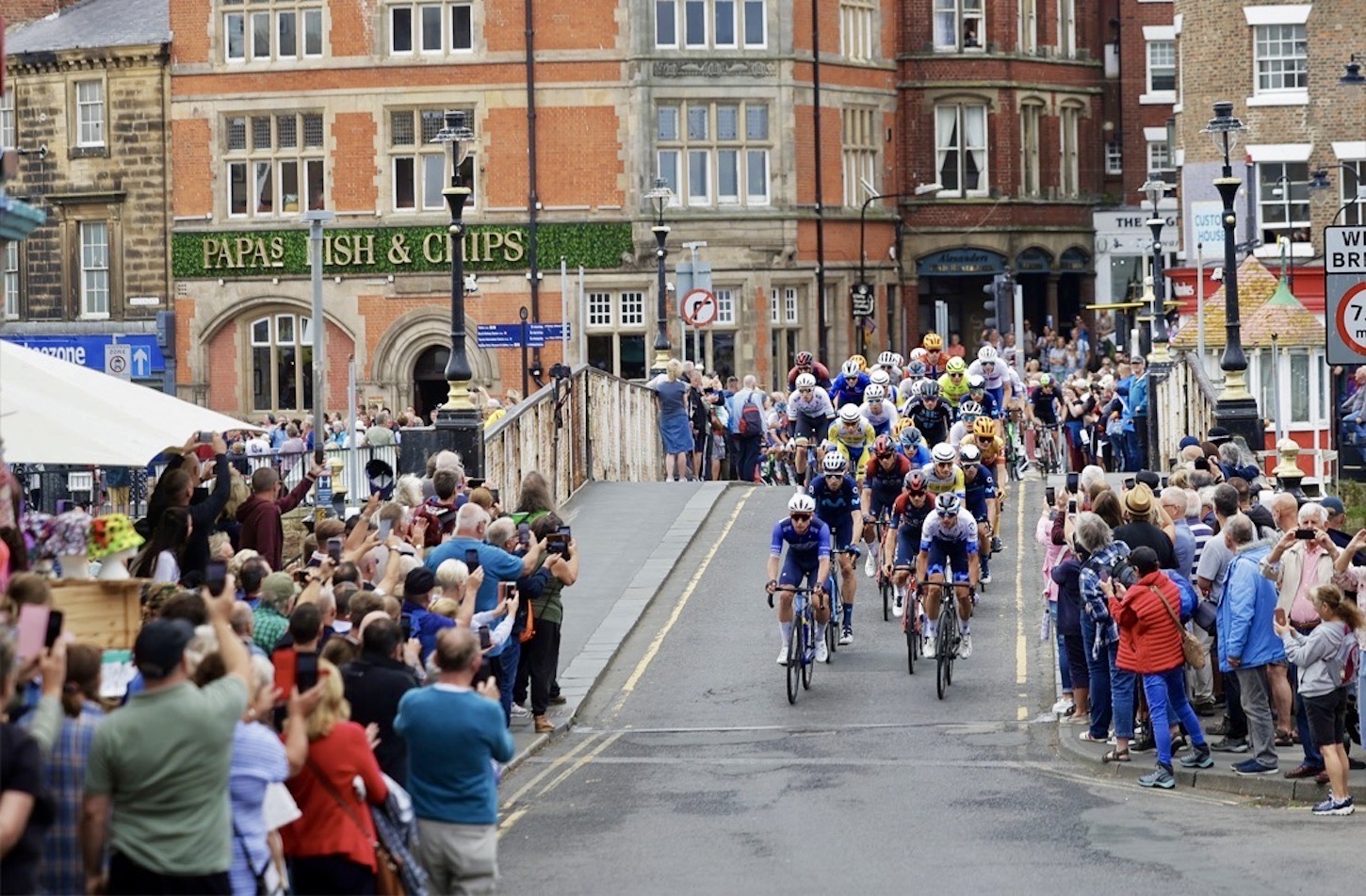 Movistar Team’s Gonzalo Serrano moved in to the Tour of Britain race lead after winning a dramatic fourth stage between Redcar and Duncombe Park, Helmsley today.

In addition to becoming the first Spanish rider to win a stage of the UK’s leading cycle race in 10 years, Serrano moved into the leader’s jersey, with both Pidcock and Fraile trailing by seven seconds

Serrano and Pidcock were part of a four-rider group that jumped clear of the reduced peloton going through the final intermediate sprint with less than 10km to go. Dylan Teuns (Israel-Premier Tech) sprinted to third with Omar Fraile (Ineos Grenadiers) coming through for fourth.

The group had a slim advantage on the bunch as it rode into Duncombe Park with Fraile pushing it on the front for his teammate Pidcock. The Movistar rider was sitting in the wheel of his compatriot and began his sprint for the line when Fraile pulled off the front.

Pidcock came from the back of the group to make his sprint and was gaining on Serrano but ran out of road and the Spaniard edged it out by less than half a wheel. With the peloton crossing the line some 13 seconds back, Serrano had done enough to take over the race lead.

“Today is a very good day, the team was incredible and they worked very good and, in the final, my legs were really good and I could win,” Serrano said after the finish. “The final was very difficult, I could see the finish line from a distance and I sprinted for the win. With Pidcock and Teuns, it’s very difficult, but I am very happy.”

It wasn’t until the first intermediate sprint with just over 40km that Magnus Sheffield (Ineos Grenadiers) and Harry Birchill (Saint Piran) managed to escape the peloton.

From there, the duo went on to establish 1:16 advantage over the chase, when Pidcock decided to attack from the peloton over the first classified climb at Robin Hood’s Bay with just under 100km still to go.

However, the British rider was quickly reined in, followed by the two leaders.

With 70km remaining, the pace remained high after the second climb of the day at Egton Bank, with riders being pushed out the back of the peloton along the narrow roads.

As the bunch approached the final classified climb with of Carlton Bank with a little under 30km to go, Ineos Grenadiers was setting a tough pace. A big surge by the team saw Pidcock go clear over the top of the climb, taking Teuns and Oscar Onley (Team DSM) with him.

Jake Stewart was put to work in what was left of the peloton in an effort to bring it back. The sprinter put in a huge effort and brought the attackers to within touching distance before peeling off ahead of the final intermediate sprint.

It looked like the group would reform, but Serrano attacked from out of the main group, with Teuns and Pidcock quick to mark his move.

A futile chase from behind helped the quartet build their advantage, which they took all the way to the line.