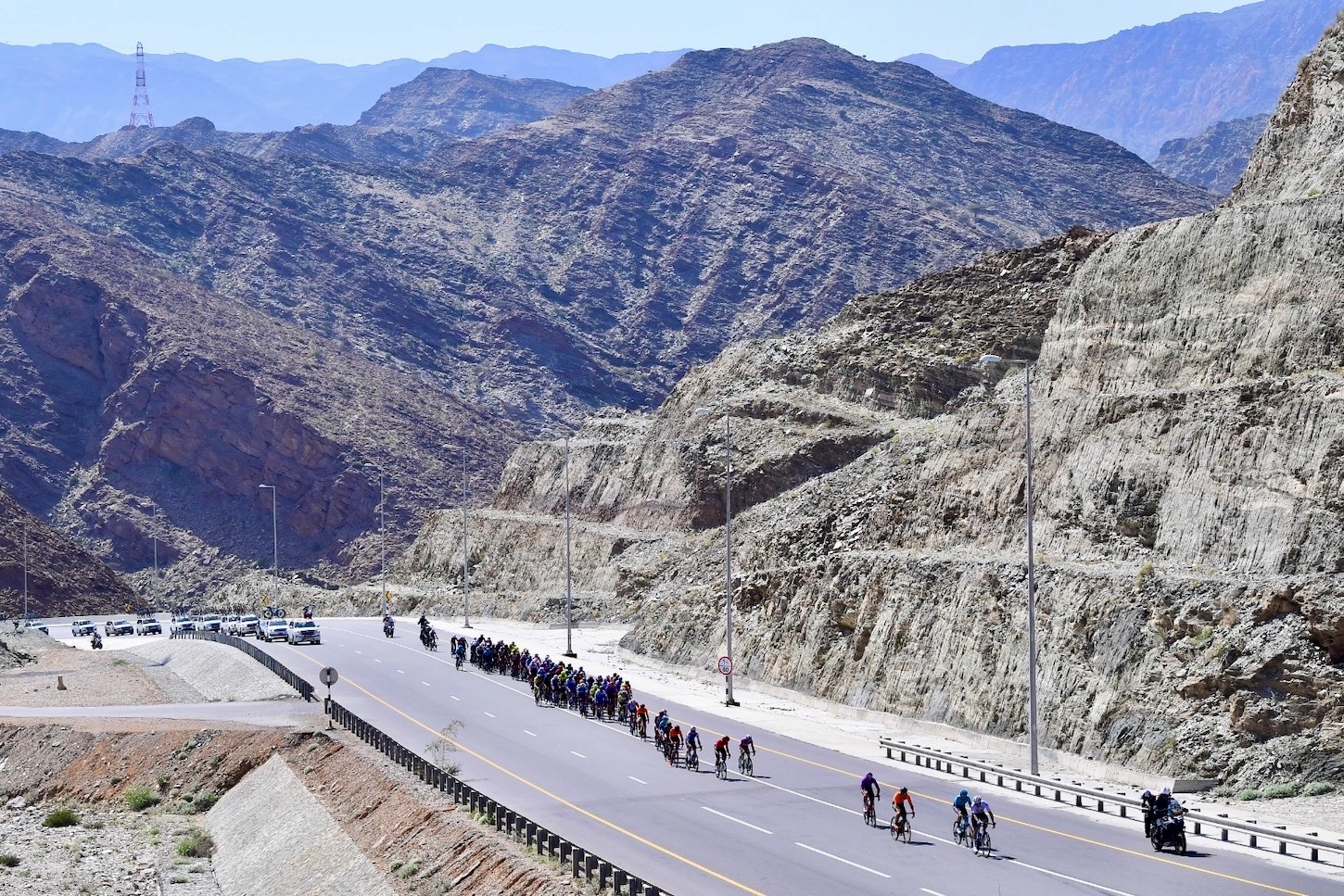 Fausto Masnada (Quick-Step Alpha Vinyl Team) took the solo win and the red leader’s jersey after a thrilling stage from Al Sifah to Muscat Royal Opera. The rolling route saw action from the start until the finish, with a 119.5km dominated by the Wolfpack’s collective strength. Masnada’s partner Mauro Schmid opened things up early in the stage and eventually dominated the sprint in the 7-man group that finished 1’07’’ behind the Italian climber, including the former leader of the race Anthon Charmig (Uno-X Pro Cycling Team). Masnada is the fourth leader of the Tour of Oman 2022 ahead of the ascent of Jabal Al Akhdhar (Green Mountain) on Monday.

Attacks flew from the start, but it took 13km for a group of three attackers to settle at the front, with Samuele Zoccarato (Bardiani-CSF-Faizane’), Julen Irizar (Euskaltel-Euskadi) and Michael Kukrle (Gazprom-RusVelo) leading the way.

Zoccarato dominated the first intermediate sprint (km 27) and the following climb (km 31), but Team DSM were already putting the hammer down to try and turn the race upside down.

The ever-attacking Zoccarato managed to bridge his way to the leaders along the first ascent of Al Jabal Street (Bousher Al Amerat, km 74.5), while a reduced peloton trailed by 1 minute, with UAE Team Emirates and Intermarché-Wanty-Gobert Matériaux doing most of the work.

The chase later came back together in pursuit of Schmid as they headed for the final ascent of Al Jabal Street (Bousher Al Amerat).

Kevin Vauquelin (Arkea-Samsic) decided to set-off in pursuit of Schmid. But, he was was caught with 12km to go, with Masnada launching a new attack.

Charmig tried to limit his losses, but Masnada opened up a lead that proved insurmountable for his Czech rival.