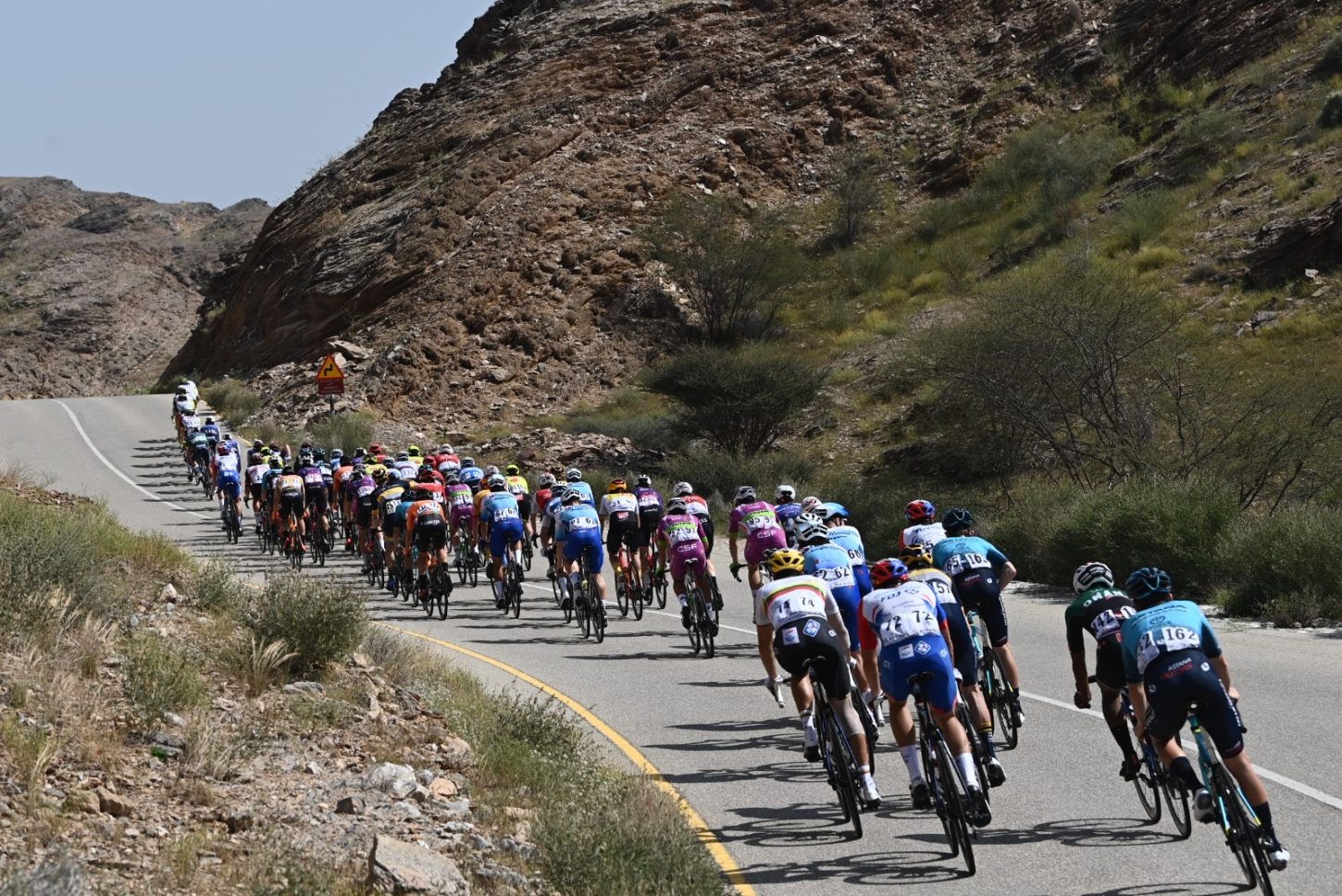 Mark Cavendish was left fuming at the finish line as Fernando Gaviria won the sixth and final stage of the Tour of Oman today, with the British rider seemingly aggrieved at being shut out by Gaviria’s lead-out rider Maximiliano Richeze.

Indeed, Cavendish was seen pounding his handlebars after UAE Team Emirates’ rider appeared to drift across him as he hugged the barriers in the sprint to the finish line, with Gaviria emerging victorious.

Cavendish remonstrated angrily with Richeze as they crossed the line, with the Argentine rider raising his hand to protest his innocence.

Hirt produced an impressive solo win in yesterday’s stage atop the Green Mountain, setting him up to clinch the title for his Intermarche-Wanty-Gobert Materiaux team.

Kevin Vauquelin and Elie Gesbert of Arkea-Samsic later initiated an attack on the short climb of each circuit, only to be quickly reined-in with QuickStep-AlphaVinyl active in controlling the race.

Masnada was key in chasing down the attack, prompting Hirt to mark his move on the final climb, while Søren Kragh Andersen (Team DSM) also joined in and went clear alone until the final kilometer.

With the peloton now intact, Richeze proceeded to lead out Gaviria, possibly boxing in Cavendish against the barriers when he slowed, giving Gaviria a clear run to victory.

Richeze was later adjudged to have impeded Cavendish during the final dash to the line, and disqualified for his actions by race officials.