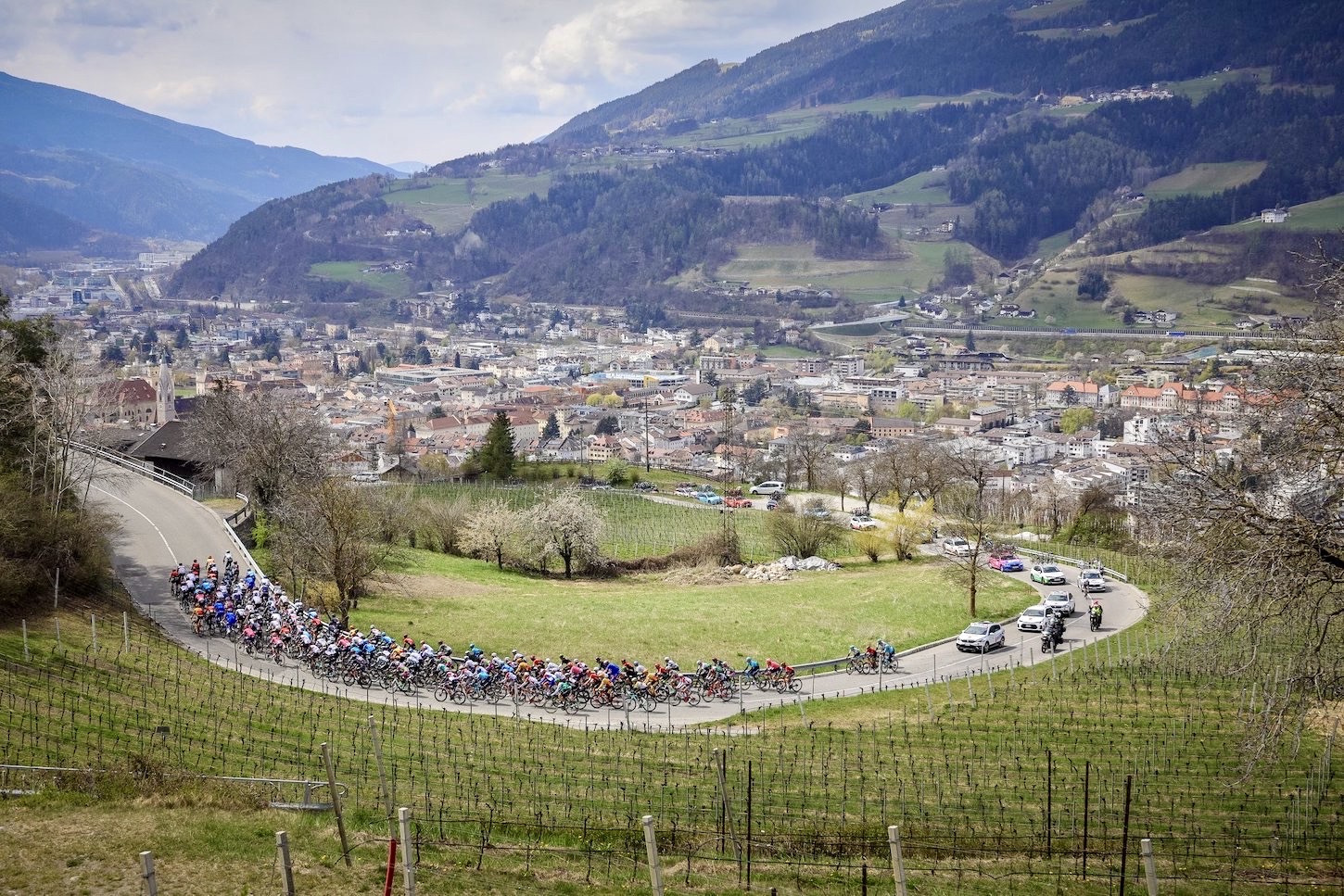 photo credits @Tour of the Alps

The opening day of the 2021 Tour of the Alps ended up being a celebratory one for Gianni Moscon, after the Italian rider timed his sprint to perfection to claim victory for in Innsbruck, finishing just ahead of Idar Andersen (Uno-X Pro Cycling Team).

“There’s no better way to get back racing after two months away due to an injury,” Moscon said after the stage.

“It gave me that bit extra that made the difference. Knowing the roads was an advantage, especially psychologically. I knew what was coming and knew how to judge my effort. Of course, you need the legs too and it worked out perfectly.”

“The battle for the GC will be hard because some of the best climbers in the world are here as they get ready for the Giro d’Italia.”

“We’ll try to defend the lead, but I know I might struggle. I just want to enjoy doing the second stage in the leader’s jersey.”

Alessandro De Marchi (Israel Start-Up Nation), Marton Dina (Eolo-Kometa), and Felix Engelhardt (Tirol-KTM) marked the day’s first breakaway effort, with De Marchi later jettisoning his fellow escapees along the first of the two climbs in the stage, while the peloton lingered at just 90 seconds back.

However, De Marchi was eventually reined-in, mainly thanks to the efforts of Hugh Carthy (EF Education-Nippo) and Atilla Valter (Groupama-FDJ).

Pello Bilbao (Bahrain-Victorious) then decided to go on the attack, a move that would stick until he was joined by Daniel Savini (Bardiani-CSF-Faizanè), Mattias Skjelmose Jensen (Trek-Segafredo), and Santiago Umba (Androni Giocattoli-Sidermec).

With just a 10-second advantage, a determined peloton was successful in reeling-in the quartet inside of the last 4 kilometers.

But, not long after being caught, Moscon went on the attack again, subsequently opening up a slight gap of almost 10-seconds along the narrow, twisting roads.

With under 2000 meters to go, Andersen managed to bridge his way to Moscon, with the veteran Italian content with letting the young Uno-X Pro Cycling rider take the lead under the flamme rouge.

Despite repeated motioning by Andersen for Moscon to take the lead, being the more experienced of the two, the Ineos-Grenadiers rider waited to launch his winning move with 100 meters to go.