Track Sprinting: A Question of Watts? 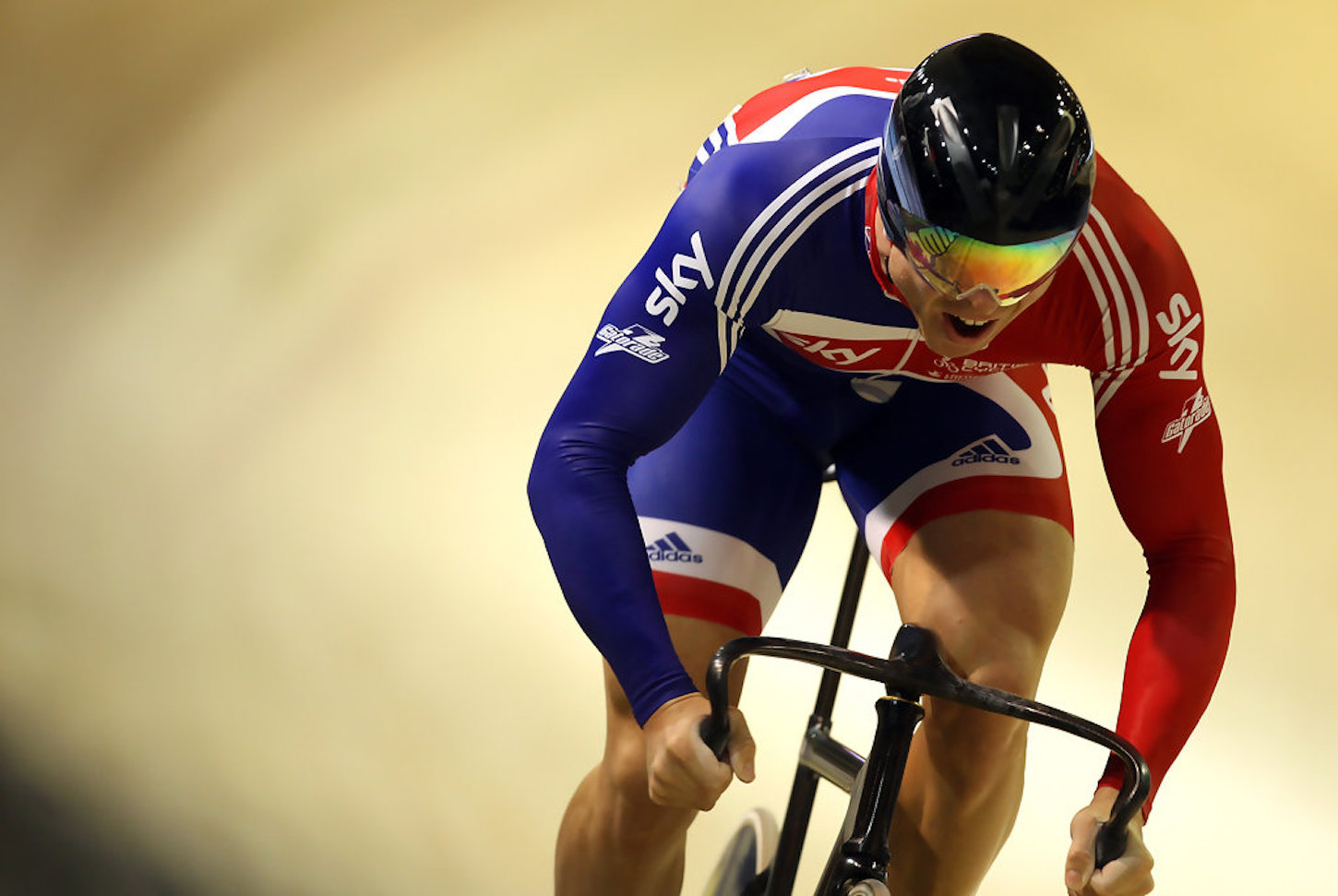 Over recent years, cyclists and their coaches have increasingly turned to the measurement of watts to set training plans and establish optimal race pace.

Watts are a measurement of power – the rate at which energy is produced – and in cycling are calculated by measuring the force x velocity the rider is putting on the pedals at any given time.

Road sprinters produce impressive watt outputs as they hurtle down the closing metres of a Grand Tour stage. Much has been made of André Greipel’s watt outputs: in 2018, the German Lotto Soudal sprinter reached 1903w and a peak speed of 76.8km/h in the final sprint of stage six at the Tour Down Under. He averaged 1326w over the entirety of his winning sprint. This came at the end of two hours racing on a 90km street circuit in Adelaide.

We also hear about wattage of climbers as they tackle steep gradients – where their power to weight ratio is of the utmost importance.

With their impressive thighs, track sprinters are notorious for their ability to produce extremely high wattage over very short periods of just a few seconds. They develop this ability thanks to specific training: gruelling lactate sessions, track sprints and gym workouts.

At 1m85 and 92kg, the now-retired Sir Chris Hoy would blast out 2500 watts as he raced round the velodrome at 80km/h. One of history’s most decorated cyclists, the 11-time UCI World Champion and six-time Olympic Champion had thighs measuring 68.5cm.

Meanwhile as far as women are concerned, before retirement Australian Anna Meares could generate over 1800 watts of power in a bike sprint. For the record, the 11-time UCI World Champion and double Olympic Champion – could press 235kg with one leg.

It is possible to produce the same number of watts using a higher force and low velocity, or using lower force and higher velocity as demonstrated in this video of a training session in Japan.

Pro track cyclist Robert Förstemann, of Germany, took social media by storm a few years back when he used his 74cm legs to toast bread in a 700w toaster.  Olympic bronze medallist in the London 2012 team sprint and 2010 UCI World Champion in the same discipline, Förstemann pedalled on a static bike at around 700w for just over a minute, with the power he produced converted into heat energy thanks to the toaster’s filaments.

At the UCI World Cycling Centre (WCC) in Aigle, Switzerland, trainee athletes complete a Power Profile Test on their arrival using the centre’s Wattbikes. It consists of two 6-second peak power tests, a 30-second sprint test, and a 4-minute aerobic test. Using this protocol enables coaches to determine the athletes’ ability and whether they are better suited to sprint or endurance racing. Repeated tests throughout their stay monitor their progress.

As a useful bench mark, the UCI WCC coaches expect elite male sprinters to be able to produce 25 watts per kg (of body weight). That means from a peak power during a maximal sprint a 90kg male would be expected to hit over 2250 watts (This calculation shows that Chris Hoy used to produce more than 27 watts per kilo). For Elite women the figure is around 20 watts per kilo.

Watt measurements also have an important part to play in talent identification and the development of younger athletes worldwide. The Power Profile Test provides accurate data for athletes training in the UCI WCC’s different satellite centres worldwide. This enables UCI WCC coaches to detect new talented athletes, monitor their progress, compare them with athletes training elsewhere, and estimate their potential for improvement.

But watts are not the be-all and end-all, warns UCI WCC Coach Craig McLean, himself a team sprint Olympic silver medallist in 2000 and UCI World Champion in 2002. He says the fastest of his current group of athletes has the smallest wattage.

“The ability to make yourself small and efficient, good balance, coordination and tactics are all part of track cycling,” warns the coach. “Watts are a useful measure. We try to train athletes to make the best of the power they have, but high watts do not necessarily mean you’re going to be fast.”