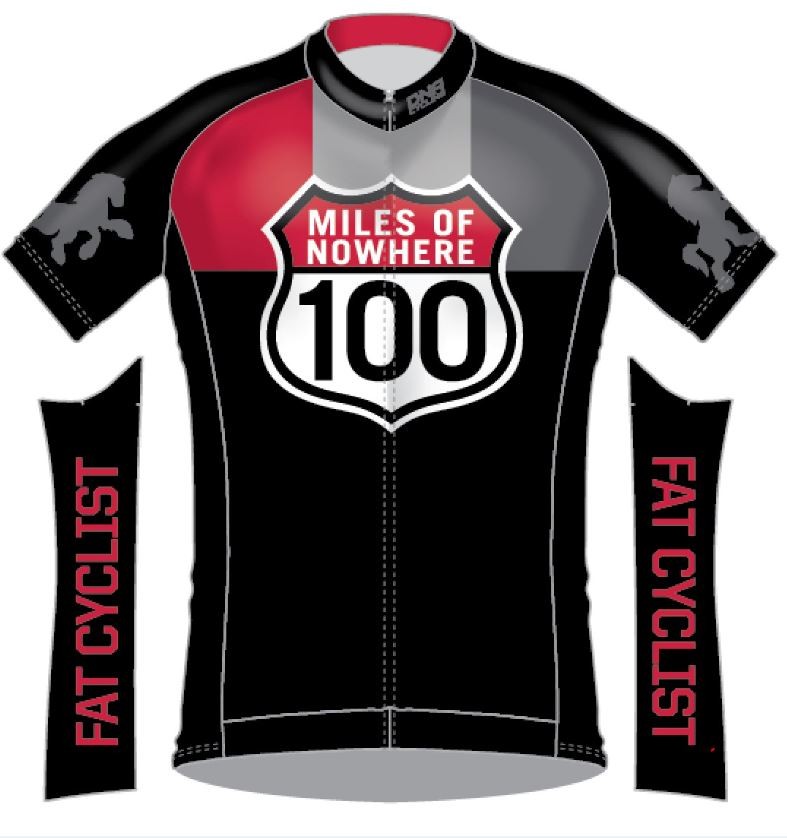 The 100 Miles of Nowhere event can be described as a “race without a place.” Organized by the Fat Cyclist, hundreds of cyclists will ride 100 miles on unorthodox routes to raise money for kids whose parents have cancer. This year, TrainerRoad supported #100MoN by creating a special workout for its participants.

For the last twelve months Elden Nelson — more commonly known as “Fatty” — of the popular cycling blog FatCyclist.com has been using TrainerRoad to get faster … and it’s working. He had his best result at Leadville this year and PRd countless other events on a very busy race calendar.

In between his training, Elden’s organizes the 100 Miles of Nowhere, an annual charity ride that’s in its fourth year. This year, it’s happening on Saturday, November 7th. But, thanks to the flexibility of the event, you can do it whatever day works for you. Learn more about how to participate here.

The 100 Miles of Nowhere is less about PRs and is more about giving back. All proceeds from the event pay for a week of summer camp at Camp Kesem for kids whose parents have cancer. It gives them a chance to take a breather from the severity of their circumstances and just feel like a normal kid for a change.

As you can gather from it’s name, the event challenges cyclists to ride 100 miles to no particular place. In fact, it’s common to complete this ride indoors or on some of the strangest routes you could imagine.

Each year, up to 500 participants (that’s the cap) will ride to raise money. If that’s not a big enough reason to participate, they’ll also get a bunch of cool swag from sponsors, including a free month of TrainerRoad. This year, the event filled up in record time, but everybody is still encouraged to ride the event and donate to the organization.

We’ve created a TrainerRoad workout with Fatty’s stamp of approval that will count for your participation. The workout is appropriately named “100 Miles of Nowhere” and will emulate the efforts you would undergo on a hard century ride with your mates.

Here are the details:

Rather than letting you aimlessly spin on the trainer, we decided to put together a circuit of sorts that will walk you through a mixed bag of interval sets. Each ‘lap’ is a little over one hour long and varies in intensity each time. After four laps on the circuit, the final set of efforts emulates a race scenario on a finishing climb. Each set of intervals within these laps is specific to a certain discipline of cycling.

The duration of the workout was decided based off of the assumption that you would carry a typical 20mph pace during a century ride. But, of course, it’s always important to keep in mind that distance when training indoors is irrelevant. Especially when you have superior methods of measuring your effort, like power.

The long nature of this workout requires the intensity to be lower than what you may be used to in your indoor workouts. But the constantly varying interval structure and 0.69 IF will keep things interesting and plenty hard. Much of what gives us this higher intensity factor are all of the hard and short efforts during each lap. This is usually how most of us ride a century with our mates when we sprint for town signs and KOMs, so that part should be familiar. 🙂

This workout will aim to increase your aerobic endurance through the lower intensity work and frequent necessity for rapid recovery. The short and hard efforts will also give you plenty of chances to work on your peak power and power at VO2 max. The steady intervals will give you plenty of time to refine your technique.

The time of year couldn’t be better for a workout like this, as most cyclists are nearing the beginning stages of their base training. These long rides with strategically placed hard efforts check all the boxes you need when base training. Not to mention, the good cause of the event makes it all worthwhile.

Good luck to all participants of #100MoN!