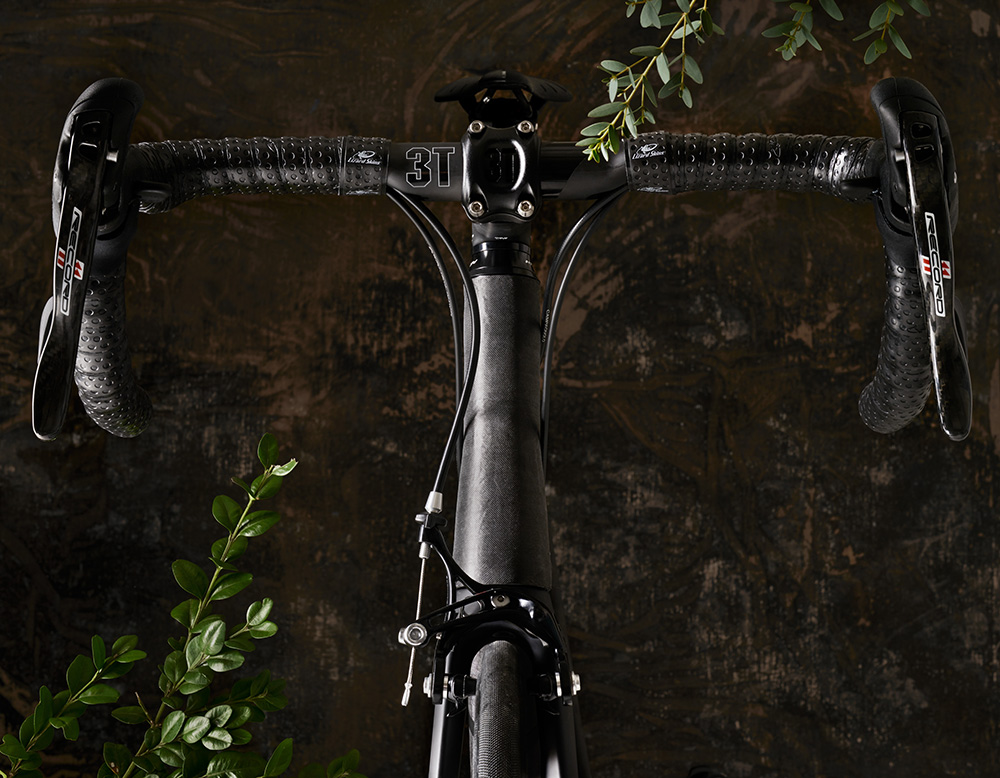 14 Mar 2016
By Campionissimo - In LATEST ARTICLES, THE DOUBLE DIAMOND

Of all the unique and exciting bikes that were on display at this year’s North American Handmade Bicycle Show, perhaps none stood out more than Tsubasa Bicycles Crow and Bee carbon fiber road bikes.

According to the founder of Tsubasa, Ed Vavilovas, he describes his bikes as being, “a result of Mother Nature’s design genius.”

To wit, “there truly is no better designer than nature and none better than the Crow and the Bee explore nature’s structures and capability.”

Both bikes involve a unique fabrication process, wherein an intricate layering system of carbon fiber is used, to yield a frame that is completely seamless.

The result is a single body frame that’s without joints.

Vavilovas says, the Crow has all of the prerequisites that make it a pure road racing machine, to include race specific geometry, oversized tubes, a PF30 BB shell and a tapered head tube (1 1/8 to 1 1/2).

All of this is accomplished via a 70/30 ratio of pre-peg, high modulus carbon fiber and resin, in order to increase power transfer and maximize overall performance, without adding to the frame’s weight.

The Crow has a raw finish, which does not feature a traditional layer of clear coat nor decals. Instead, it uses a UV and chemical resistant resin finish.

This technique helped Tsubasa shave off  what they call “appearance weight ” (weight of clear coat, paint, decals), that renders an appearance that’s pure – “nothing unnecessary, only pure performance is preserved.”

The Tsubasa Bee is the outcome of our last year’s project, the Tsubasa Takhion MASS, which took two years to develop, in collaboration with  legendary Reginald Vorontsov (and his son Vadim Vorontsov), who created Takhion back in the late 70’s – the bike that won Olympic Gold medal and also broke the World Hour Record.

According to the duo, they used the same Single Piece Technology when designing and building the Bee.

Why has it been named the “Bee”?

Vavilovas and Vorontsov say, “because of the relation to the honeycomb, but primarily, because it’s been designed to be a “busy bee” in other words a “working horse”. It is meant to be used extensively on long durational rides in a rough and tough conditions. This is when all those things – Single Piece frame for maximum performance, kevlar honeycomb for protection, dimples for increase in aerodynamics – add up and work in order to benefit a rider.”