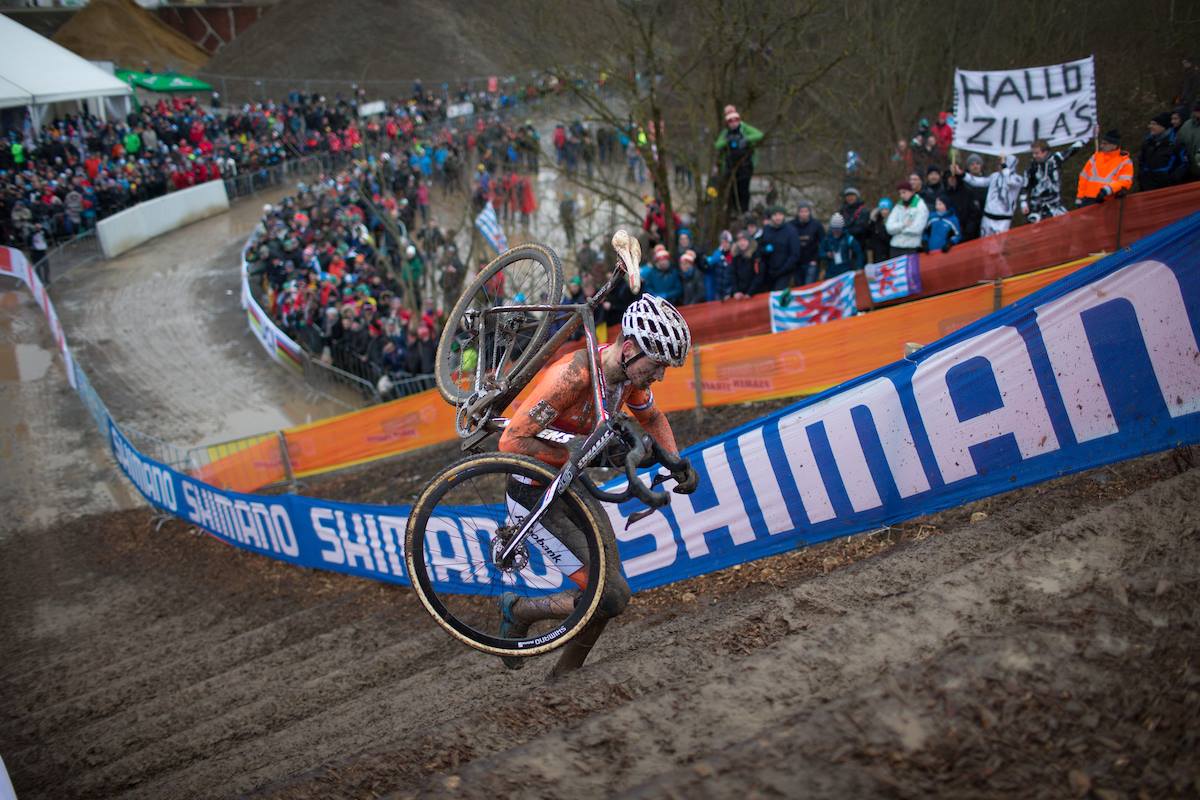 At a meeting in Luxembourg over the weekend, the Management Committee of the Union Cycliste Internationale (UCI) made important decisions regrading the expansion of its international cyclocross calendar for 2017 and 2018.

The UCI Management Committee approved the 2017 UCI International Cyclocross Calendar. The 19 nations represented include a first appearance of Portugal and Australia, the return of Canada and Slovakia, and the development of the discipline in Japan, with three new events.

Bogense will get a dress rehearsal by hosting a round of the 2017-2018 Telenet UCI Cyclocross World Cup. The series will feature nine rounds across six countries, one more than last season. The United States have confirmed their status as the new stronghold of global cyclocross; the country will in fact host the opening two rounds of the series, with the notable introduction of Waterloo, located 320km from Iowa City. Zeven returns for the second year in a row, and is scheduled after Bogense, which will allow teams to travel directly from Denmark to Germany. France returns with Nommay, the series’ now-traditional stop in the Franche-Comte region. The riders will end the season in the Netherlands, with the final round of the World Cup in Hoogerheide and the UCI Cyclocross World Championships in Valkenburg a week later.

The UCI Management Committee also approved the creation of UCI Cyclocross Teams, to strengthen the structures that support both male and female riders.

The UCI Management Committee is also pleased with the excellent initial audience figure estimates for the 2016-2017 season of the Telenet UCI Cyclocross World Cup. The first four rounds (CrossVegas, Iowa City, Valkenburg and Zeven) generated a cumulative audience of over 25 million viewers worldwide.

These very good results are principally tied to exceptional coverage in Belgium, where Telenet, VRT, RTBF and Proximus shared the broadcasting of this season’s races. Besides this key market for Telenet – the new title sponsor of the event – there were excellent results on new channels which form part of our recent broadcast agreement with the EBU; most notably in the Netherlands on the NOS channels (part of the NPO group), reaching more than two million viewers for the round in Valkenburg, and in France on the La chaine L’Équipe and in Italy on Rai Sport, each of which had almost half a million viewers for programs dedicated to the rounds in Valkenburg and Zeven.

Finally, according to first estimates, the round in Zeven generated the highest cumulative audience, with 8.2 million across all programmes and countries, thus confirming the potential of cyclocross in Germany.

Concerning internet broadcasting, in addition to YouTube, the series was accessible via Facebook for the first time. The final five rounds broadcast via this medium generated 570,000 views and a cumulative audience of almost 3.5 million. These impressive numbers show that the UCI’s strategy of providing the images to where the audience is, pays off.

Lastly, on the development of the discipline, the UCI Management Committee was given details of a cyclocross training camp at the UCI World Cycling Centre on October 10th-15th, 2017. This will be the sixth gathering of its kind organised by the UCI. The camp will be led by the American Geoff Proctor, member of the UCI Cyclo-cross Commission, and the Belgian Sven Vanthourenhout, a multiple UCI World Championships medallist. As in 2016, Vanthourenhout will be assisted by triple UCI World Champion Sven Nys. The camp will be held in October in Aigle (Switzerland) in order to allow participants to race in the international EKZ Cross Tour event.

A second camp is planned, in Baal (Belgium) at the Sven Nys Cycling Center, in June 2017.

During the week-end of these 2017 UCI Cyclocross World Championships, two new members of the UCI Athletes’ Commission will be elected by riders competing in the event. Five men and four women are candidates [here] and the result of the election will be announced at the end of the Championships.

The UCI President Brian Cookson declared: “I am very happy with the way cyclocross has flourished in the last few years. The awarding of the 2019 UCI World Championships to Bogense, in Denmark, a first for this country in nearly 20 years, is a sign of the internationalisation of our discipline. I congratulate this major cycling nation for being awarded this event and look forward to it organizing a round of the 2017-2018 Telenet UCI Cyclocross World Cup.”

“Our series, which has excellent audience figures, is definitely developing with six organizing nations compared with five last year and, four years ago, just three. The growth of cyclocross will receive a significant boost from the creation of UCI Cyclocross Teams, an innovation that will enable to better structure the discipline, encourage the participation of women and attract investors.”