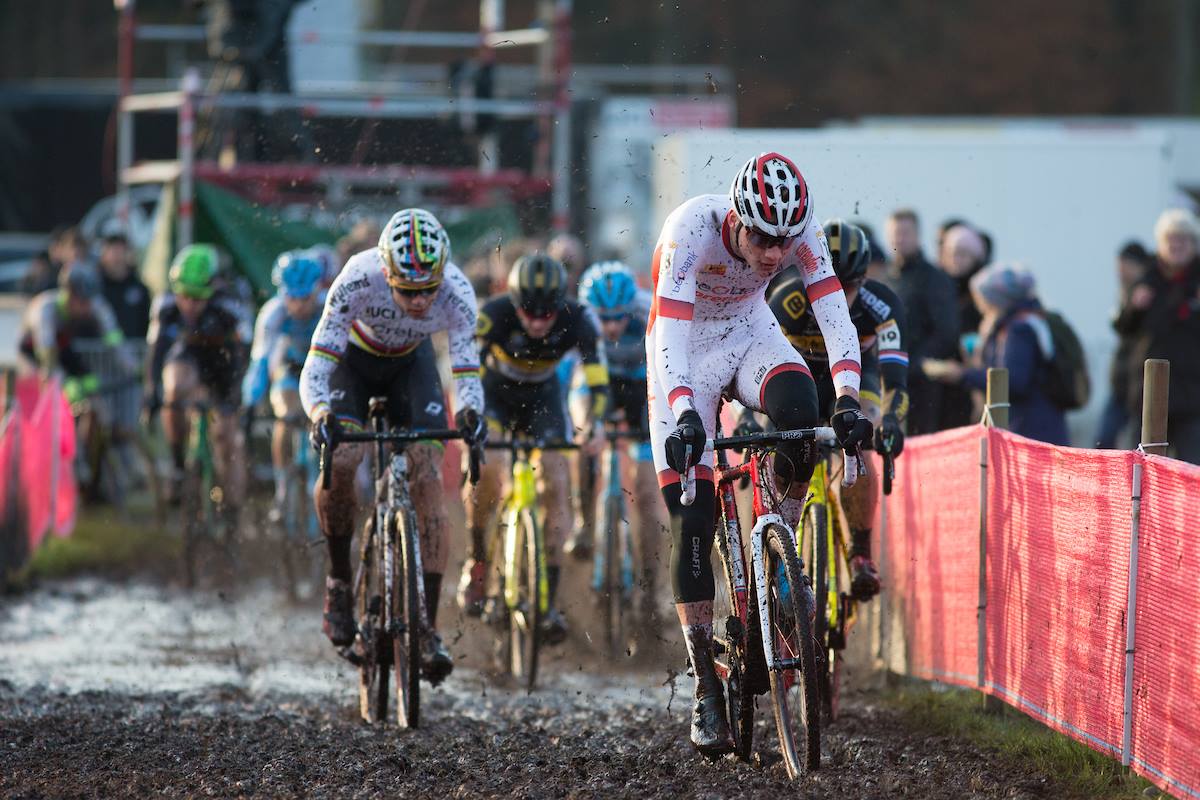 After winning four out of four UC World Cup rounds, Mathieu van der Poel (Beobank-Corendon) had to bow down to UCI World Champion Wout Van Aert (Crelan-Charles) in Zeven. When Van der Poel dropped his chain in the second lap, the Belgian, making no mistakes and excelling on this terrain with multiple running sections, opened up the gas. Van der Poel managed to fight back from 17th to 2nd, with Toon Aerts (Telenet Fidea Lions) finishing third.

Three riders battled for the win in the Women’s race: Helen Wyman (Kona Factory Team) applied pressure early on, but was quickly joined by UCI World Champion Sanne Cant (Beobank-Corendon), then Katherine Compton (USA). In the final laps, Cant accelerated in the running sections to take her third win of the season while both Wyman (2nd) and Compton (3rd) started to struggle in the mud. Cant extends her overall lead over Kaitlin Keough (Cylance Pro Cycling), who crashed early on and finished eleventh in Germany.

Tenth-placed Laura Verdonschot (Marlux-Napoleon Games) was once again the first Women U23 rider . Eli Iserbyt (Belgium) took his first World Cup win of the season in the Men U23 category, while Pim Ronhaar (Netherlands) took his second Men Junior victory.

At 36, Helen Wyman is one of the older riders in the Women’s category but is nevertheless enjoying one of her best-ever seasons. The nine-fold UK Champion finished on the podium in the previous two World Cup rounds and is one of the few riders capabe of challenging UCI World Champion Sanne Cant.

A major crash at the 2016 European Championships ruled her out for most of the 2016-2017 season, but she worked hard to bounce back and appears stronger than ever. This year Wyman has captured five wins in five countries: Switzerland, Netherlands, Luxembourg, Belgium and Spain.All the results.