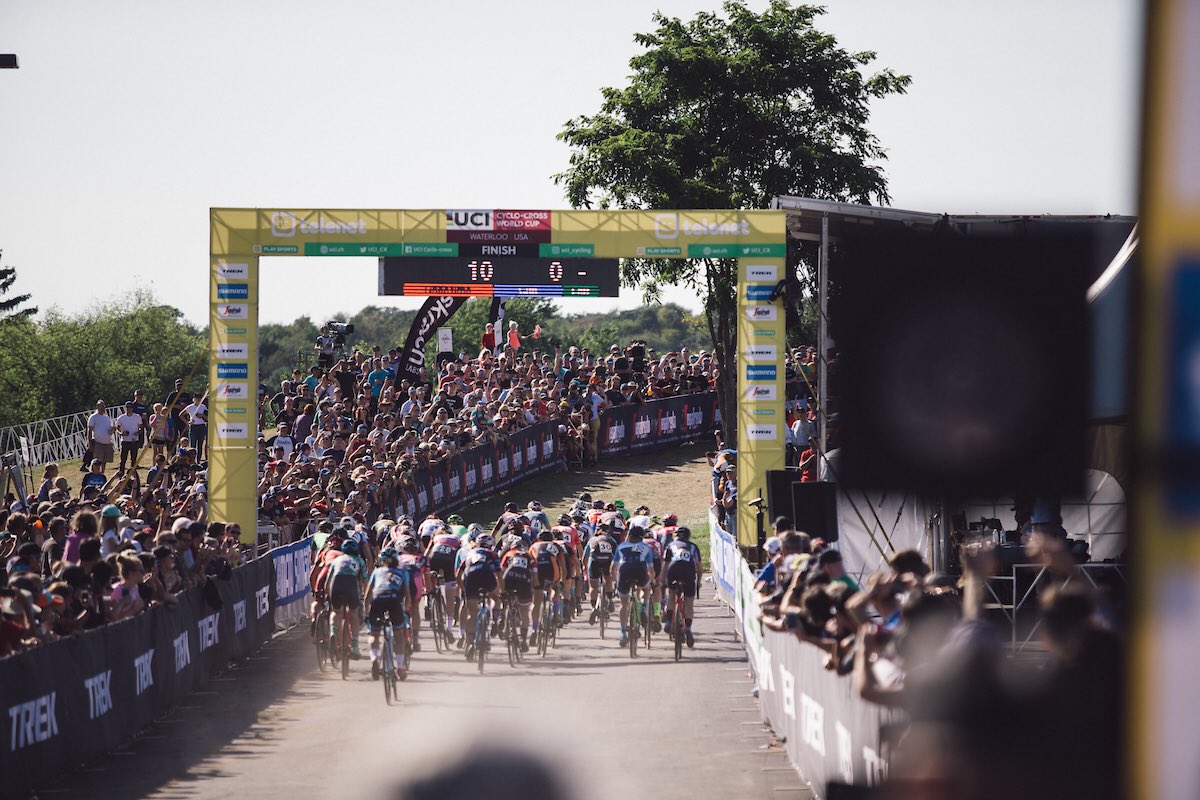 The second round of the Telenet UCI Cyclo-cross World Cup was contested in chilly Iowa City, the second of two cyclo-cross World Cup races in the USA. Overnight rain turned the 3000m long course around Mount Krumpit into a slippery challenge for the 92 riders from 11 nations. Kaitlin Antonneau (USA) and Toon Aerts (Telenet Fidea Lions) were victorious on Saturday afternoon.

During the opening lap of the race in the Elite Men category, UCI World Champion Wout van Aert (Belgium) and UCI World Cup leader Toon Aerts rode away from the rest of the field after tackling the twisting off-camber descent. The duo rode together until the sixth of eight laps when Van Aert struggled to get through the deep mud, allowing Aerts (24) to power away. The Belgian rider clocked the fastest lap time of the race with 7:38 and captured the second victory of his American campaign, strengthening his World Cup lead. Van Aert finished as runner-up, just like in Waterloo. Michael Vanthourenhout (Marlux-Bingoal) was third.

Rain started to come down on the women just before the start of their race. World Cup leader Marianne Vos (Waowdeals Pro Cycling Team) rode the fastest lap of the race during the opening lap with 9:57, but was unable to hold off chaser Kaitlin Keough (USA). The 26-year-old American rider excelled on the slippery course and captured her first-ever World Cup victory. Evie Richards (Trek Factory Racing CX) won an exciting battle for the final podium spots, holding off Vos. The latter remains leader in the World Cup with a bonus of 15 points over Richards, who is leader in the Women U23 category.

Belgian rider Toon Aerts seemed to have taken a big step forward this season, claiming back to back World Cup wins in September. Aerts managed to end the domination of Van Aert and Van der Poel, who captured all of the World Cup wins during the 2017-2018 season. Aerts was one of the very few riders who was able to challenge the duo last season, earning him a third place in the overall standings of the 2017-2018 World Cup. In 2016 he captured the European title. Toon has a younger brother, Thijs, 2014 Junior UCI World Champion who’s debuting in the pro ranks this season.