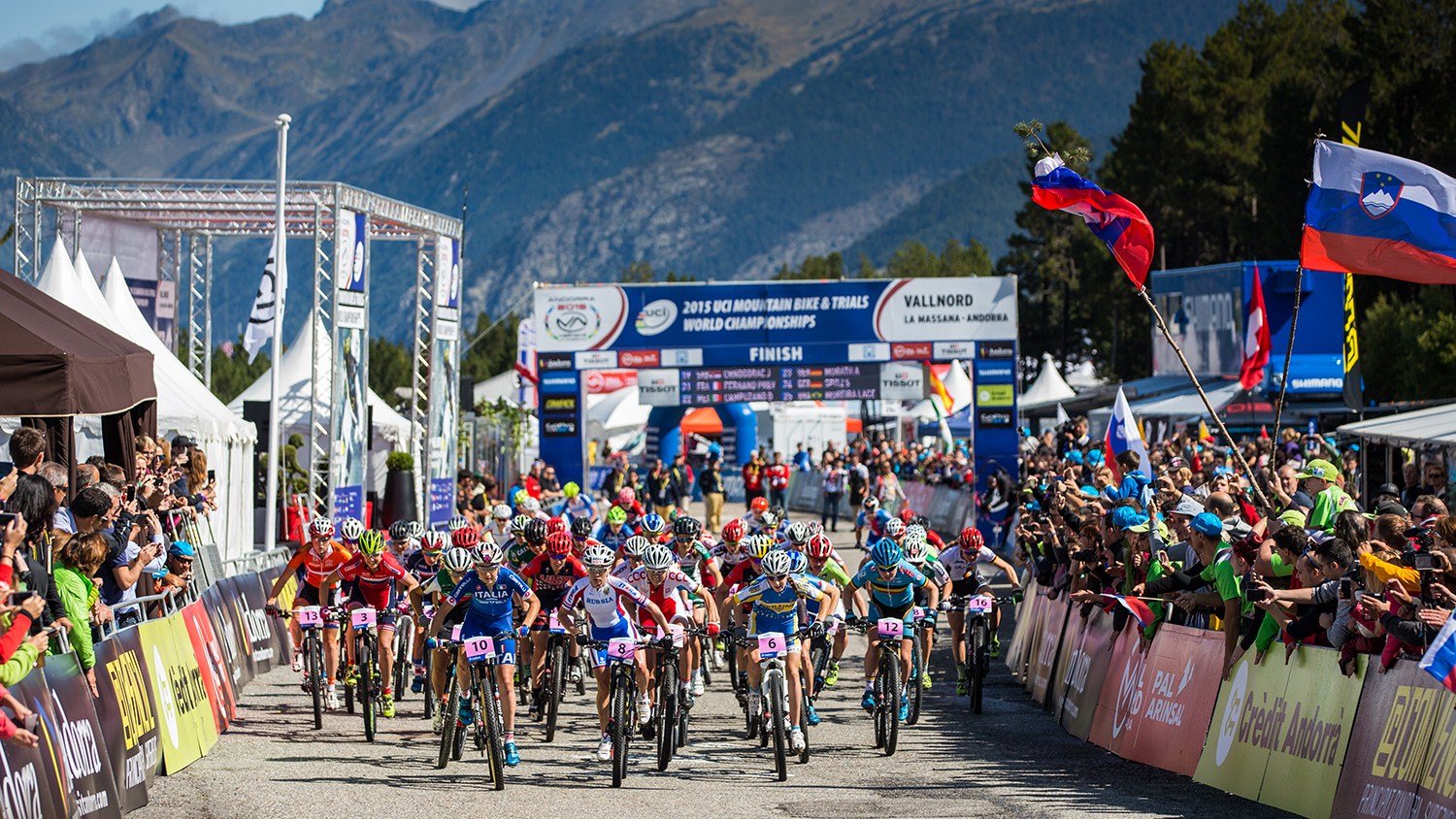 The 14th edition of the UCI Mountain Bike Marathon World Championships will take place on Sunday, June 26th, in Laissac, France. A total of 153 men and 58 women are on the start list for this year’s first UCI World Championships for the mountain bike discipline.

Laissac is in the Languedoc-Roussillon-Midi-Pyrenees region, northeast of Toulouse. The organization puts on the Le Roc Laissagais marathon event and was part of the 2015 UCI Marathon series.

Unlike last year’s UCI World Championships, in Selva di Val Gardena, Italy, which featured long climbs in the Dolomite mountains, this year the riders will face an undulating series of climbs and descents, with little time to rest.

The women will cover 68.9 kilometers, on a circuit consisting of one large loop and two smaller ones. The field includes two former UCI World Champions – Denmark’s Annika Langvad (2011, 2012, 2014) and Esther Suss of Switzerland (2010). Missing from the start list is defending and six-time UCI World Champion Gunn-Rita Dahle Flesjaa of Norway, who opted to focus her training on the UCI World Championships for cross-country Olympic a week later. However, the field will contain Jolanda Neff of Switzerland, the European champion for XCO, and the winner of the last round of the World Cup, in La Bresse, France.

For the men, two-time (and defending) champion Alban Lakata of Austria (2010 and 2015) will return to try for a third title, which would put him alongside Switzerland’s Christoph Sauser (2007, 2011, 2013) in that very exclusive club. The 2012 Olympic Champion and 2014 Marathon UCI World Champion, Jaroslav Kulhavy (Czech Republic) is also on the start list, as is two-time Marathon UCI World Champion Roel Paulissen, of Belgium (2008 and 2009). Another former winner, Periklis Ilias of Greece (2012) will race as well. The men will race the same course as the women, with the addition of an extra loop, bringing the distance to 90 kilometers.