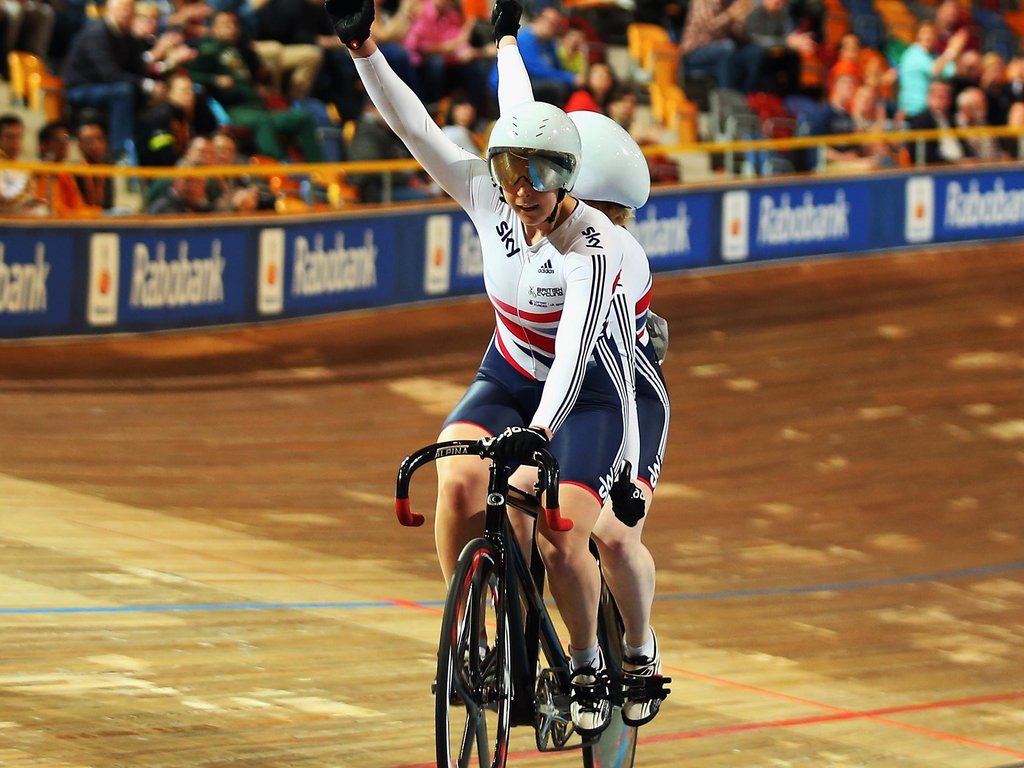 Less than six months before the Paralympic Games in Rio, the best para-cyclists in the world have important work to do this week at the UCI Para-cycling Track World Championships at the Montichiari velodrome in Italy. The event promises to be quite a show as the majority of World Champions from 2015 are back to defend their titles.

Dutch rider Alyda Norbruis was the star of the last UCI Para-cycling Track World Championships held in Apeldoorn in her home country, and is targeting repeat wins in three events. In 2015, this class C2 rider pulled on the rainbow jersey for the time trial, pursuit and scratch race.

Jody Cundy, the UCI World champion in the time trial, has also dominated his category over this period and will again be the man to beat in Italy.

Sophie Thornhill, accompanied by pilot Helen Scott, will be attempting to win her third consecutive golds in the sprint and time trial.

Watch out for the Chinese and Americans

The Americans, who graced the top step of the podium on four occasions in Apeldoorn, will again rely on Joseph Berenyl, double World Champion in the men’s C3 pursuit and time trial. Among the women, Jamie Whitmore Cardenas is also seeking to retain her C3 time trial title.

The host country Italy’s team of 11 riders are also a force to be reckoned with. Fabio Anobile (C3) and Andrea Tarlao (C5), fourth and sixth respectively in the scratch race in their respective categories at the 2015 Worlds, lead the Italian team.

The only indoor velodrome in Italy, and featuring a Siberian pine track, Montichiari has quickly established itself as one of the best tracks in Europe.

The velodrome has hosted many international events since its inauguration.

A taster for the Rio Paralympic Games

The world’s best para-cyclists will put their cards on the table at the World Championships. The event brings together 174 athletes from 32 countries and represents the only opportunity for track hopefuls to demonstrate their abilities before they cross swords again at the Paralympic Games in Rio in September.

The UCI Para-cycling Track World Championships is the last occasion at which riders can stake a claim in the Paralympic selection process which ends on 27 March. Once the qualification procedure has been completed, the points gained by the nations will be counted up and each country allocated the appropriate number of places for the biggest sporting event on the planet taking place later in the year.

The racing can be followed through live coverage and recorded highlights on Italy’s ITRAI channel at the following times: