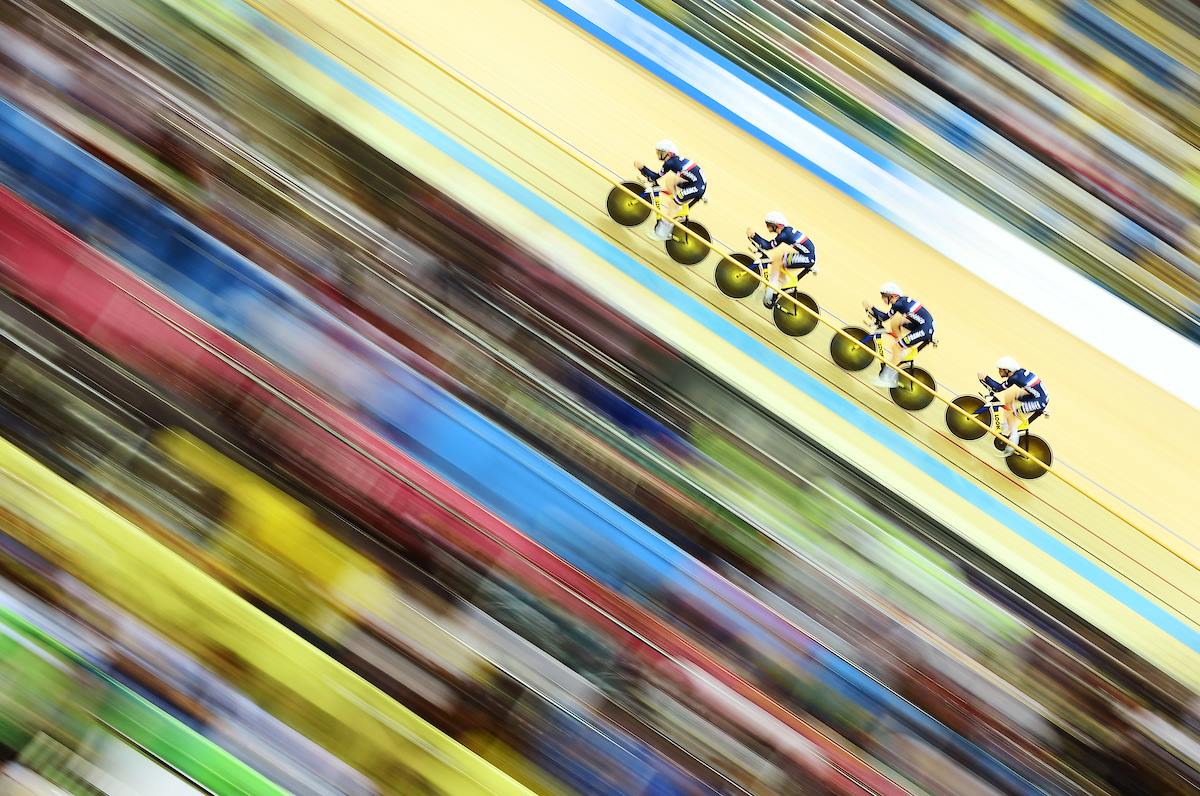 Italy, Russia and New Zealand were the first nations to win gold medals as the competition got underway at the Hong Kong Velodrome, located in the Tseung Kwan O Sports Grounds.

The first rainbow jersey to be awarded went to Rachele Barbieri of Italy in the 10 kilometer Women’s Scratch Race. A group of six riders, including Barbieri, broke away from the main field and lapped the group four laps before the finish. Barbieri jumped to the front of the field on the final lap, holding off Elinor Barker of Great Britain and Jolien D’Hoore of Belgium for the win.

Both the Women’s and Men’s team sprint titles were awarded in the evening session. In the women’s competition, the Russian duo of Daria Shmeleva and Anastasiia Voinova successfully defended their title with a time of 32.520 seconds, finishing a slim 0.129 seconds ahead of the Australian squad of Kaarle McCulloch and Stephanie Morton. Germany’s Kristina Vogel and Miriam Welte won the bronze ahead of China’s team of Guo Shuang and Lin Junhong.

Other competition saw the opening rounds of the Men’s and Women’s team pursuit.