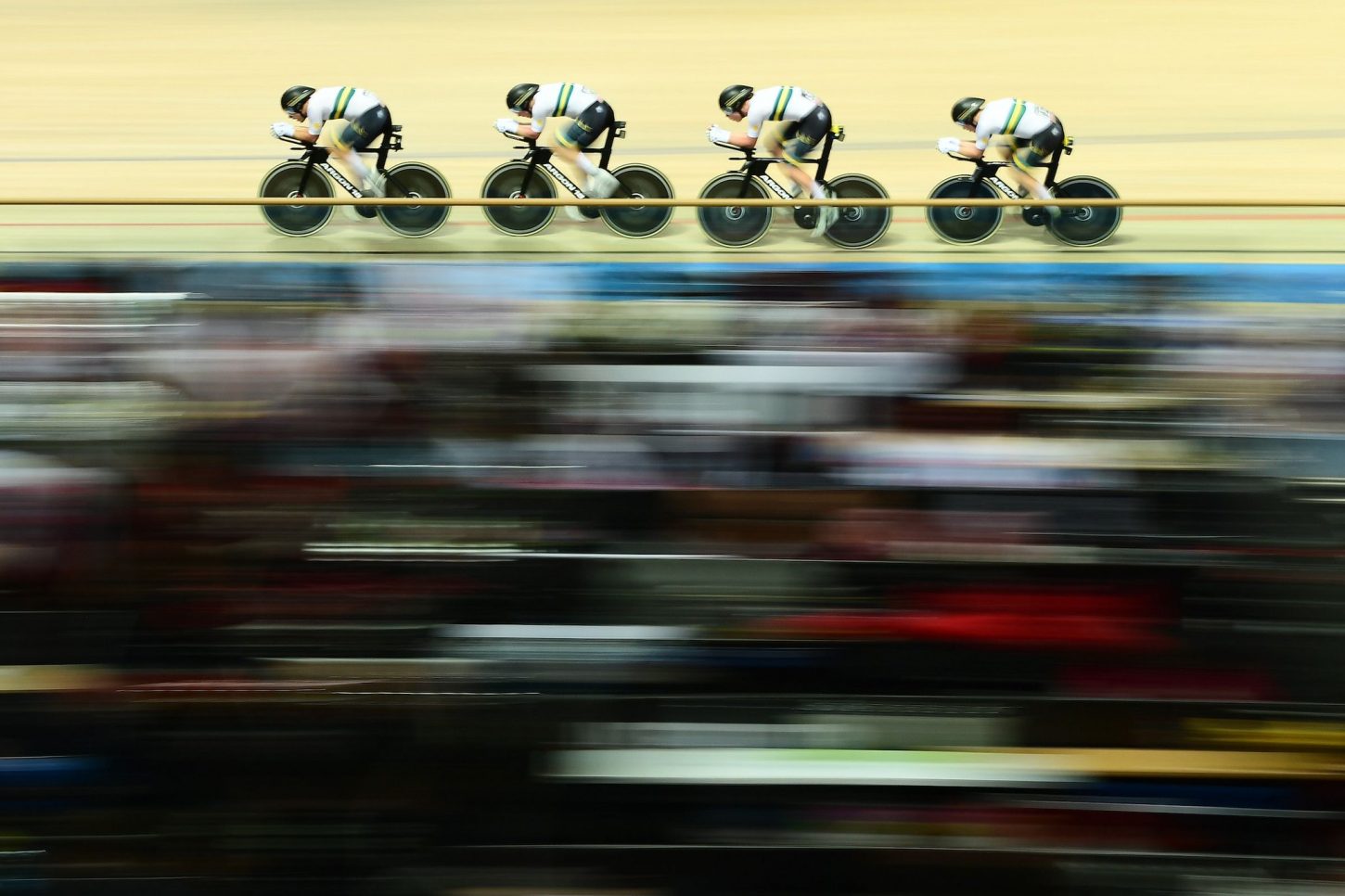 Day 1 of competition at the 2019 UCI Track Cycling World Championships saw three world titles awarded in Pruszkow, Poland, on Wednesday night. Great Britain, Australia and the Netherlands took the rainbow jerseys, but a total of seven nations won medals, pointing to the depth of the fields racing here.

The first title of the championships was awarded in the 10 kilometer women’s Scratch Race, with Great Britain’s Elinor Barker defeating defending champion Kirsten Wild of the Netherlands and Jolien D’Hoore of Belgium. Shortly after an attack was brought back with less than a kilometre to go in the race, a crash in the middle of the field took down almost half the riders. Barker, Wild and D’Hoore all escaped the crash, with Barker beating Wild at the line by less than a bike length.

The other two titles awarded were for the women’s and men’s Team Sprint. In the women’s competition, Australia did not compete last year, and defending champions Germany were missing Kristina Vogel, who had retired after injury. Australia duo of Kaarle McCulloch and Stephanie Morton proved to be the dominant team, breaking their national record twice and in the final beating last year’s bronze medalists from the Russian Federation, Daria Shmeleva and Anastasia Voynova. Germany won the bronze medal.

“I am speechless, and it takes a lot for that to happen,” said Morton. “It is pretty surreal, we had pretty high expectations tonight, and we have absolutely exceeded them.”

The defending champion Netherlands team has dominated the men’s Team Sprint throughout the World Cup season, and they did not disappoint, winning the title with a stellar time of 41.923 seconds, less than a tenth of a second off the world record. The Dutch team of Jeffrey Hoogland, Harrie Lavreysen and Roy van den Berg rode the gold medal final, with Matthijs Buchli replacing Hoogland in the earlier round.  France took silver and Russia won the bronze medal.