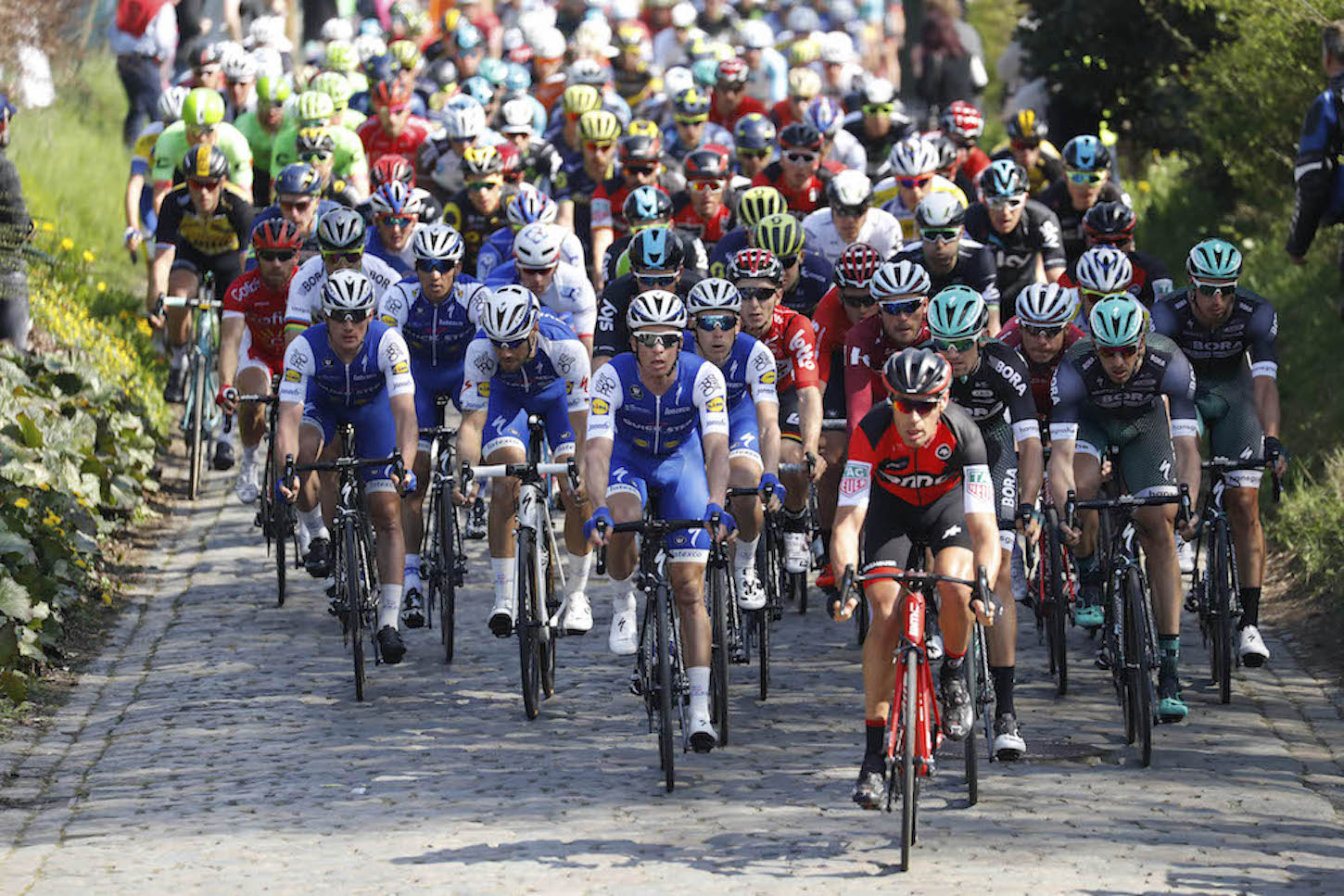 The Union Cycliste Internationale (UCI) has unveiled the revised 2020 calendars for the UCI WorldTour and UCI Women’s WorldTour, with a view to the resumption of the cycling season, halted due to the coronavirus (Covid-19) pandemic which has struck most of the world.

Since the interruption of the cycling season in March, an intensive consultation process involving the principal representatives of the families of men’s and women’s professional road cycling – organizers, teams and riders – has been carried out at the initiative of the UCI in order to draw up new calendars. These have been approved by the UCI Management Committee and, today, by the stakeholders of men’s professional road cycling via the Professional Cycling Council (PCC), which has exclusive competence over the UCI WorldTour calendar.

Given the evolution of the world health situation, on 15 April the UCI decided to extend the suspension period of competitions on the UCI International Road Calendar until 1st July (until 1st August for races on the UCI WorldTour and UCI Women’s WorldTour calendars). Our Federation also committed to revealing the new calendars before 15 May. After several weeks of discussions and collection of feedback – including from health authorities of concerned countries -, the UCI feels it now has enough information to be able, today, to communicate the dates, unanimously approved by the participants of the meetings, of the events on the revised 2020 calendars for the UCI WorldTour and UCI Women’s WorldTour. However these dates, crucial for stakeholders, naturally remain subject to the lifting, until the end of the season, of the restrictions relating to the organisation of events put in place by the authorities in the concerned territories. We note that the situation is a changing one, which could mean the UCI may need to adjust the calendar to take into account the development of the pandemic.

In agreement with all the stakeholders, the UCI has established a revised 2020 UCI WorldTour which will start with the Strade Bianche on 1st August and finish with the Vuelta Ciclista a España on 8 November. The series will include 25 events, after the five events held at the beginning of the season – Santos Tour Down Under (Australia), Cadel Evans Great Ocean Road Race (Australia), UAE Tour (United Arab Emirates), Omloop Het Nieuwsblad Elite (Belgium) and Paris-Nice (France) -, and the cancellation of six events at the request of their organisers due to the effects of the pandemic – E3 BinckBank Classic (Belgium), Tour de Romandie (Switzerland), Tour de Suisse (Switzerland), Volta Ciclista a Catalunya (Spain), Itzulia Basque Country (Spain) and Donostia San Sebastian Klasikoa (Spain).

Featuring among the 25 events are 17 one-day races, including the five Monuments (Milano-Sanremo, Tour des Flandres, Paris-Roubaix, Liège-Bastogne-Liège et Il Lombardia) and eight stage races, including the three Grands Tours. It can be noted that the new 2020 calendar includes, in line with the UCI’s commitment made on 18 March, the biggest races of road cycling’s historical heritage. Regarding the Grands Tours, the length of the Vuelta Ciclistica a España (20 October – 8 November) has been shortened by one weekend at the request of the organiser, Unipublic, which has received confirmation from the authorities of the city of Utrecht that the conditions cannot be met for a Grand Depart in the Netherlands. The UCI would like to thank the organiser for the request to reduce the length of their event, which is in line with the general interest of the calendar. The length of the Giro d’Italia remains unchanged. It should also be highlighted that it has been possible to find space in the calendar for almost all the other UCI WorldTour events whose organisers did not request cancellation due to the health crisis. With the Aigle-Martigny 2020 UCI Road World Championships taking place in Switzerland at the scheduled dates, the 2020 season proposes a large majority of the most prestigious races originally registered on the year’s UCI International Road Calendar.

Despite the constraints linked to the desire to maintain as many races as possible in a limited space of time, the new calendar obeys a logic which provides a maximum of opportunities for different types of riders: alternating stage races and one-day races in August, which will enable the riders to gradually readapt to the rhythm of competition after three months of limited activity for some; the Tour de France, UCI Road World Championships, Giro d’Italia, Ardennes and Flanders events; and to close the season, the Vuelta Ciclista a España. The new dates of events on the 2020 UCI WorldTour calendar are as follows:

Commenting on the revised calendar for the UCI WorldTour, the UCI President David Lappartient declared: “We have drawn up a solid, attractive and varied new calendar that is as realistic and coherent as possible. This has been achieved as early as was practicable and in line with information available today concerning the evolution of the pandemic. Riders, teams and organisers now have the dates they need to anticipate the resumption of racing on 1stAugust. This is a very important step that the entire cycling community, financially impacted by the pandemic, has been waiting for to move forward. I would like to acknowledge the spirit of solidarity and responsibility shown by all players – in this respect I thank Unipublic which accepted to reduce the length of the Vuelta Ciclista a España – and the courage that the families of professional cycling have demonstrated in these difficult times. We will continue to move forward together towards the resumption of the season, nevertheless with the reminder that the health of riders and all concerned parties is still the overriding priority, and that the recommencement of our activities will remain dependent on the evolution of the world health situation.”

The Cadel Evans Great Ocean Road Race – Elite Women’s Race (Australia) is the only event of the 2020 UCI Women’s WorldTour that was able to take place before the coronavirus spread worldwide and brought the cycling season to a stop. The health crisis has taken a heavy toll on this major series for women’s professional road cycling with three events cancelled – Women’s WorldTour Ronde van Drenthe (the Netherlands), Trofeo Alfredo Binda – Comune di Cittiglio (Italy) and OVO Energy Women’s Tour (Great Britain). The revised UCI Women’s WorldTour calendar will start on 1st August with the Strade Bianche and finish on 8 November with the Ceratizit Madrid Challenge by La Vuelta (Spain). The 2020 series will include 18 events: 13 one-day races and five stage races. The new dates of events on the 2020 UCI Women’s WorldTour calendar are as follows:

It is worthy of note that following a discussion initiated by the UCI, a new event organised by ASO will make its appearance in the 2020 UCI Women’s WorldTour: the women’s version of Paris-Roubaix. The integration of this new Monument into the leading circuit for women’s cycling is excellent news: women now also have the possibility to tackle the “Hell of the North”, which will expand the calendar and make it even more appealing to the public.

Concerning the new UCI Women’s WorldTour calendar the UCI President David Lappartientdeclared: “We have established a 2020 UCI Women’s WorldTour calendar that is as coherent as possible, alternating one-day races and stage races, and maintaining the circuit’s major events, notably the Giro d’Italia Internazionale Femminile and the Classics. The new calendar will preserve the exceptional character of the 2020 season, marked by the professionalisation of women’s road cycling with the introduction of UCI Women’s WorldTeams and new major measures such as a minimum salary for cyclists in these teams, live TV coverage of all events in the series and the integration of a women’s version of Paris-Roubaix, at the initiative of the UCI in collaboration with ASO. As with men’s racing, I would like to thank the representatives of women riders and teams, as well as organisers, for their constructive spirit in the discussions which enabled us to draw up, together, this revised calendar in the extremely difficult context of the coronavirus pandemic.”

Moreover, several measures to accompany road cycling’s players towards the resumptionof the season have been confirmed or decided, including:

–      The framework agreement reached between the UCI and the representatives of riders and teams applies to UCI professional road teams (UCI Women’s WorldTeams, UCI WorldTeams and UCI ProTeams). This agreement obtained for the men’s and women’s circuits enables teams in serious financial difficulties due to the pandemic, to take necessary measures for their survival, while maintaining the rights of their riders and staff. This agreement has also been passed onto National Federations in charge of registering UCI Women’s Continental Teams so they can draw on it with a view to application for this category of team.

–      The regulations establishing the number of riders per team at the start of races in the UCI WorldTour and UCI Women’s WorldTour have been relaxed this year:

This increased flexibility will enable teams with multiple commitments to participate in a greater number of events.

–      The UCI International Calendar registration fees for events cancelled in 2020 due to the Covid-19 crisis will not be requested by the UCI. In the same vein, the UCI will not demand the additional fee linked to changing the date of an event due to the worldwide pandemic.

–      A steering group, under the authority of the UCI Medical Director Professor Xavier Bigard, including representatives of riders, teams (and their doctors) and organisers will have the mission of defining conduct to be adopted, in particular concerning health (social distancing, blocking gestures and other measures) for the resumption of the season.

Finally, the UCI indicates that the reorganisation of the end of the season for all other events on the UCI International Road Calendar – UCI ProSeries, Class 1, Class 2, UCI Nations’ Cups, Under-23 and Junior categories, and criteriums (men’s and women’s events) will be carried out in consultation with National Federations and announced on 20 May at the latest.

The UCI President David Lappartient declared: “Since the beginning of the crisis, it is has been our responsibility to help the players of road cycling’s families by introducing measures of support – on both a sporting and financial level – that will enable them to get through this period that is unprecedented for cycling and our Federation.”