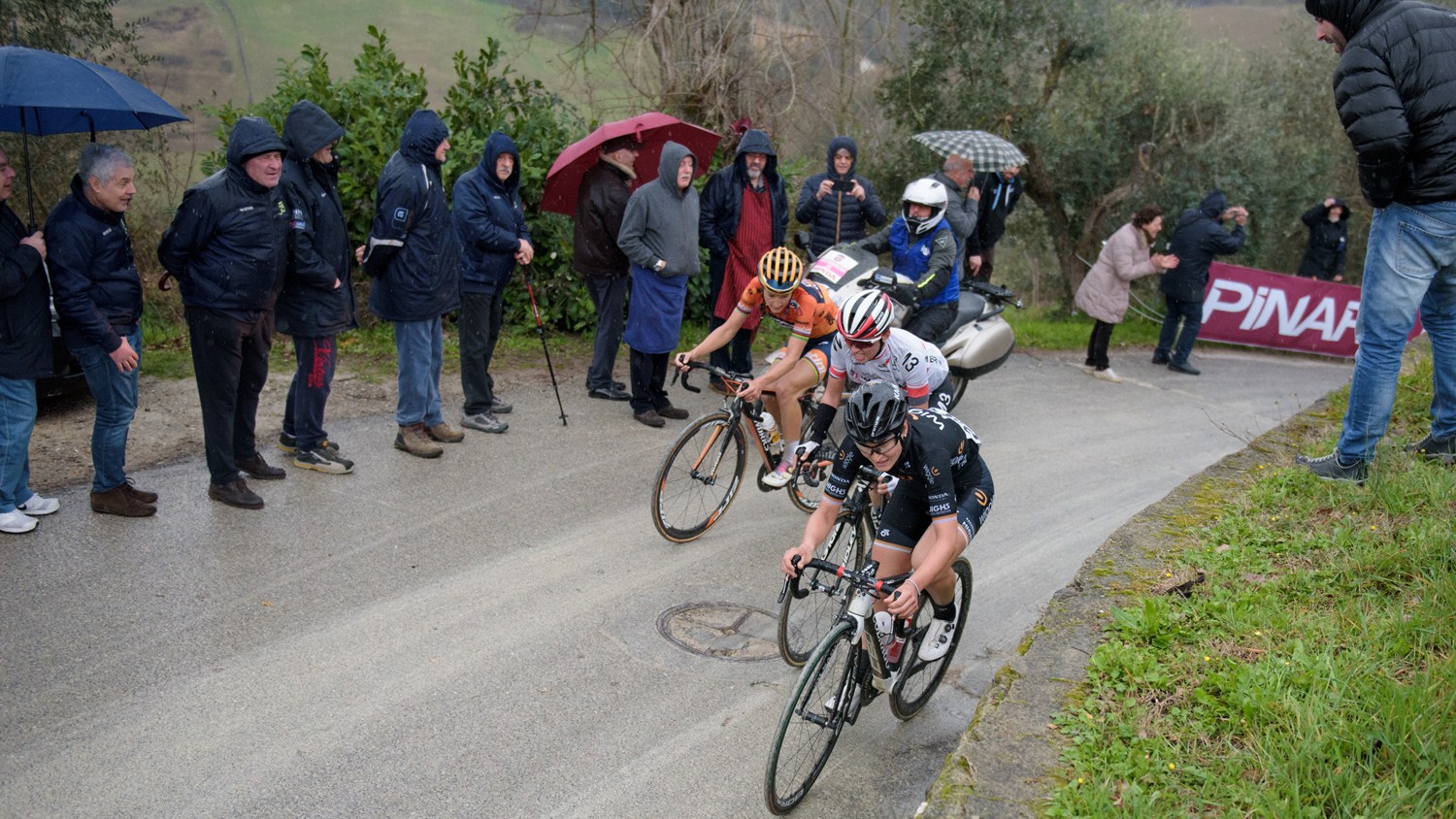 More than 135 riders from 34 countries took to the start of the second season of the UCI Women’s WorldTour in Siena, Italy. The famous white gravel roads of hilly Tuscany asked a lot from all of them, and at the end it was Elisa Longo Borghini (Wiggle-High5) who proved to be the strongest. She won ahead of Katarzyna Niewiadoma (WM3 Pro Cycling Team) and defending champion Lizzie Deignan (Boels Dolmans Cyclingteam) to take the purple jersey of the UCI Women’s WorldTour leader. Finishing ninth in Siena and crying tears of joy afterwards, 21-year-old Cecilie Uttrup Ludwig (Cervelo-Bigla Pro Cycling Team) will wear the blue jersey of the Best Young Rider on Saturday at Ronde van Drenthe. Defending UCI Women’s WorldTour champion Megan Guarnier and her new Boels Dolmans teammate Anna van der Breggen both suffered from illness and therefore could not post a result in Siena. Will they be back in shape for race two, the Ronde van Drenthe?

Dutch rider Lucinda Brand, 27, started racing at a professional level in 2009. She was national champion in 2013 and 2015 and has developed into one of the peloton’s best sprinters. Brand is known as one of the most skilled riders in terms of riding technique and proved so last autumn when she won silver at the European Cyclo-cross Championships in her first season on dirt. She came out of the cyclo-cross season in great shape to take a solo win at Omloop Het Nieuwsblad, and 4th at Strade Bianche. She will be one to watch at the Ronde van Drenthe, which in recent years has been won in a small bunch sprint.