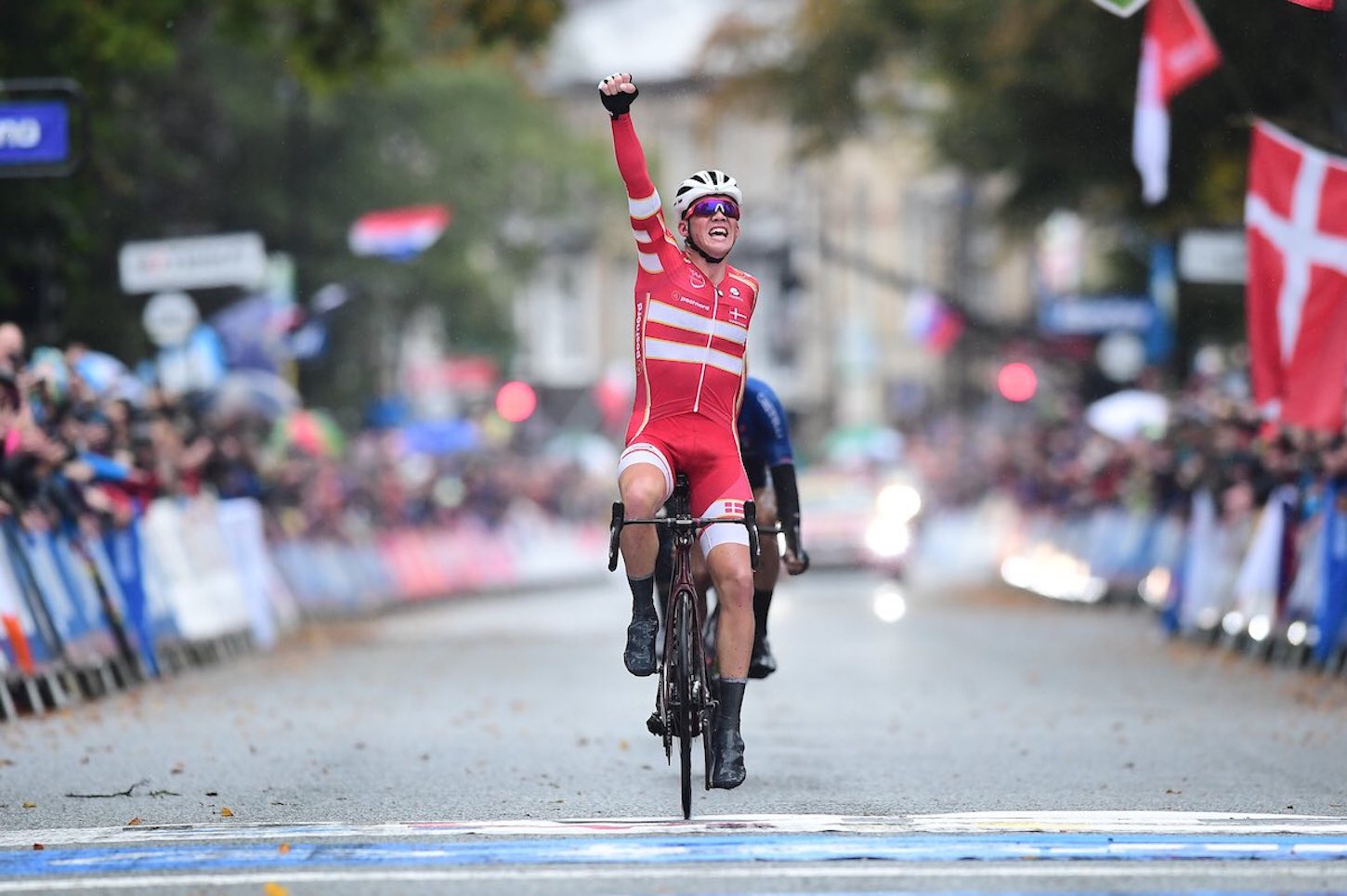 Pedersen looked to have been dropped on the ninth and final climb of Oak Beck with just over five kilometers remaining when Kung’s tempo ended the chances of Trentin’s Italian teammate Gianni Moscon.

But, Pedersen rallied before making light of his tender years to zip past Trentin on the home straight after the final leg-sapping climb up Parliament Street.

In the meantime, race hopeful Mathieu van der Poel joined the winning move with Trentin inside the final 35 kilometer, but the young Dutch rider imploded with just under a lap to go.

Horrific conditions in the north of England forced the organizers to eliminate two climbs and shorten the course, with the extensive list of riders failing to go the distance including the defending champion Alejandro Valverde of Spain and the 2012 champion Philippe Gilbert of Belgium.