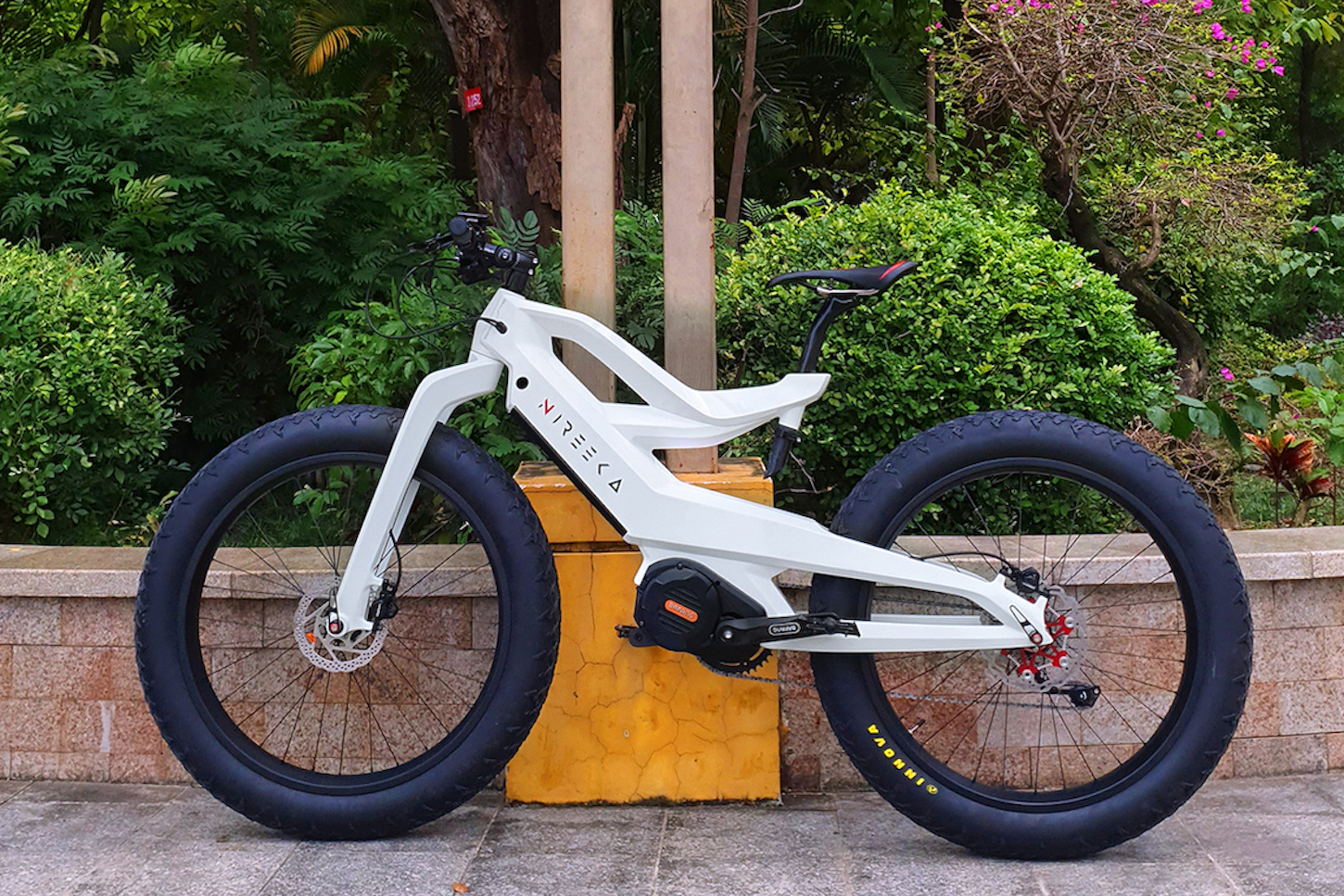 Fast forward to the present, the Dubai-based company has unveiled its latest eBike called the Prime, which features a powerful, mid-engine mounted Bafang M620 electric motor that’s capable of propelling the bike to speeds upwards of 38 mph, along with a travel distance of 30 miles plus. There’s also the option of a larger battery, increasing travel up to 80 miles. Moreover, the whole system is waterproof up to an IP65 rating.

According to Nireeka, the electric drive system puts out up to 1,000 W of continuous power, along with a maximum torque of 160 Nm (118 lb-ft), while both cadence and torque sensing modules provide a seamless transition from cruising to electric-assist, particularly when it comes to flattening-out the hills.

While Nireeka’s first bike featured a dual-suspension set-up, the Prime relies on full-blown Fatbike tires to smooth out the terrain. But, for those insisting on some suspension, an optional front air fork is available.

Oddly, the Prime features a smaller 160mm disc brake rotor up front compared to a larger 180mm disc brake rotor on the rear. In most cases, the front disc is typically larger because more braking force is applied to the front wheel – especially during downhill braking. However, Nireeka does offer customers the option of upgrading to larger 203mm discs.

Aesthetics played an equal role in designing the new Prime thanks to a bold, carbon monocoque frame that does away with a traditional double-diamond lay-out.

Nireeka has once again taken to a crowd-funding campaign on Indiegogo, offering early-backers the exceptional price of $1,199 from the anticipated MSRP of $3,999.