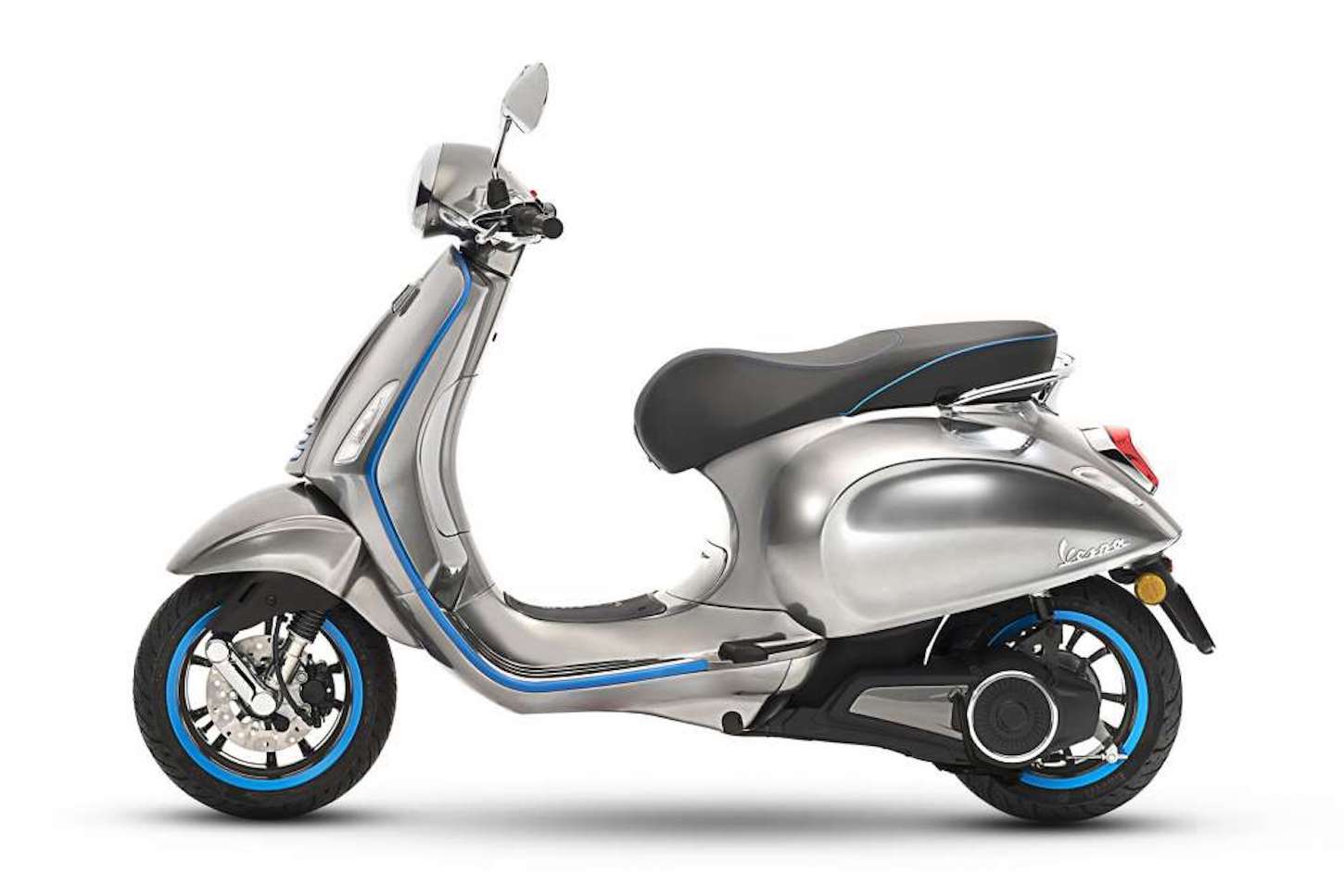 While this may not be news that’s particularly germane to the bicycle industry, it can be viewed as a positive step forward as it relates to a cleaner environment for the urban cyclist, now that Vespa has announced it has turned its focus toward producing electric powered scooters.

The first prototype of a purely electric-powered Vespa was presented during last year’s Esposizione Internazionale Ciclo Motociclo e Accessori (aka the Milan Motorcycle Show), while the production model will make its debut during this year’s show in November.

According to Vespa, the long-awaited electric version of its iconic scooter is being produced at company’s Piaggio’s Pontedera plant, the same location where the very first model was built in 1946.

Vespa says, the Elettrica will feature a 2kW electric motor that’s fitted with a lithium-ion battery, allowing for a range of around 62 miles (100 kilometers), while recharging will take about 4 hours.

At the center of the Elettrica is Vespa’s new Multimedia Platform, which features a color display and smartphone connectivity.

Down the line however, Vespa has even more ambitious plans to fit the new Elettrica with its Gita technology in early 2019, which features the company’s artificial intelligence robot that’s designed to “make the rider aware of other vehicles operating in the vicinity, extend the operator’s ability to sense potential perils and opportunities, and provide real-time mapping and traffic data that contributes to improving the design of urban infrastructures in cities.”

Vespa says, the launch of the Elettrica represents the continuation of an already successful period for the Italian brand, wherein as many as 1.5 million scooters have been sold over the last 10 years, while sales have grown by 10 percent in 2018 alone.

Sale of the Elettrica will start in Europe sometime during the next two months, and expand to the Americas and Asia in 2019.