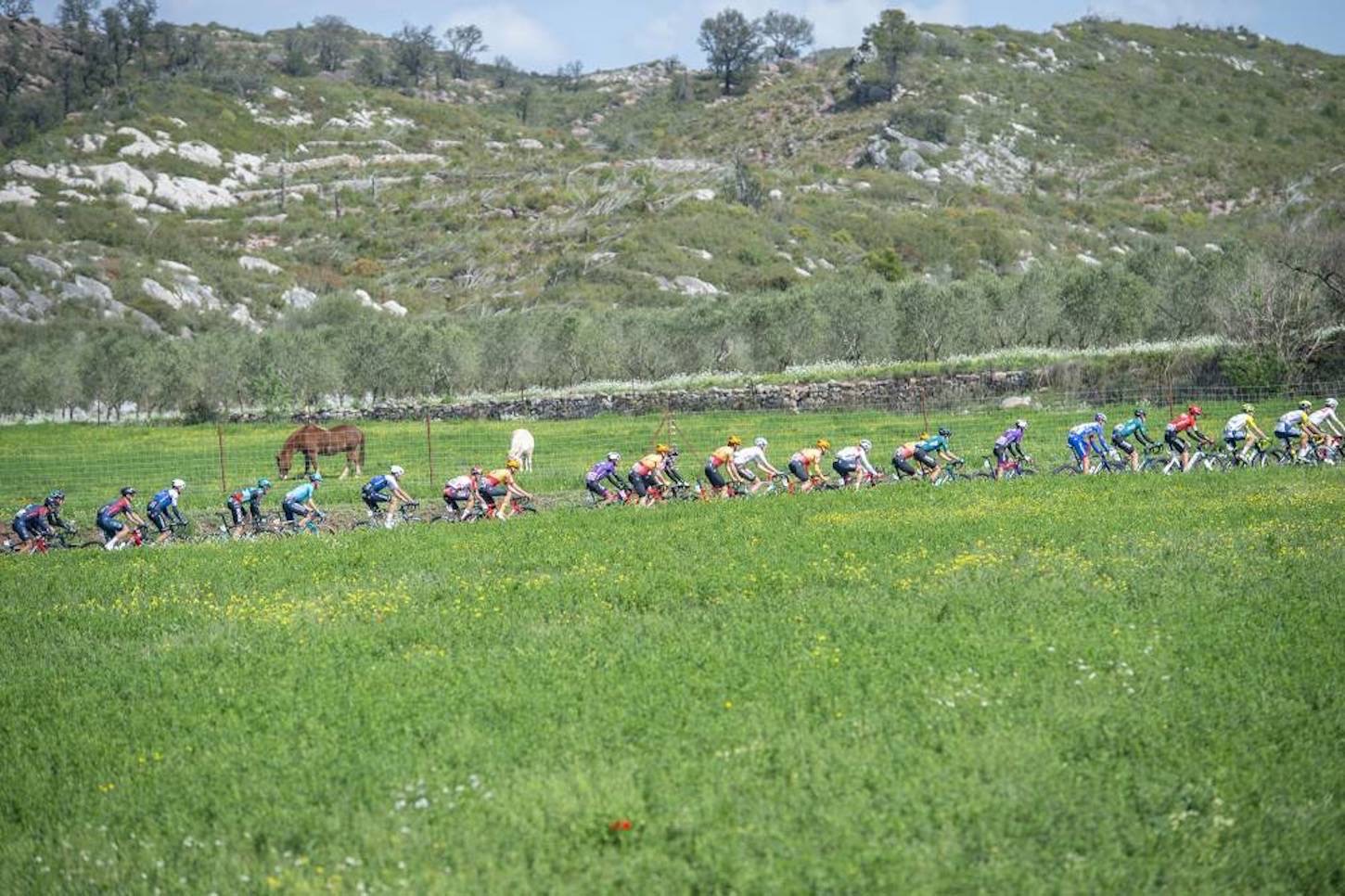 Kaden Groves claimed his first WorldTour victory after winning stage 2 of the Volta a Catalunya today, edging out Phil Bauhaus (Bahrain Victorious) in a photo finish at the line in Perpignan, while Hugo Hofstetter (Arkéa-Samsic) rounded out the podium in third place.

“I’ve waited a long time for this, and it feels pretty amazing,” Groves said after his win.

“It was pretty tough actually. Some echelons splitting the bunch. It was Michael and I in the front and a lot of other strong teams like Movistar and Jumbo. Simon was out the back, and they were using that to their advantage to put some time into him. It was pretty full gas.”

“The guys did such a great job all day riding in a good position at the front, making sure the breakaway was close so it could be a sprint today, and also being in position for before the crosswinds.”

Hvideberg went on to claim the points along the day’s three categorized climbs, cementing his lead in the KOM competition. He also claimed five seconds in bonuses in the intermediate sprints.

Back in the peloton, a crash with 73 kilometers go ensnared seven riders, but they all managed to rejoin the peloton.

Meanwhile, the escapees were caught with 30 kilometers to go, paving the way for an inevitable sprint finish.

But, not without more chaos, this time involving Simon Yates who crashed during the final 10 kilometers, leaving the British rider to chase his way back to the peloton.

From there, crosswinds continued to impact the race, splitting the peloton apart and leaving a smaller group in front.

Entering the final kilometer, race leader Michael Matthews (BikeExchange-Jayco) was on the front pulling for his teammate Groves, while Bahaus  was keen to mark his wheel.

However, Groves’ sprint proved insurmountable for Bahaus, nixing his German rival on the line to seize the stage honors.