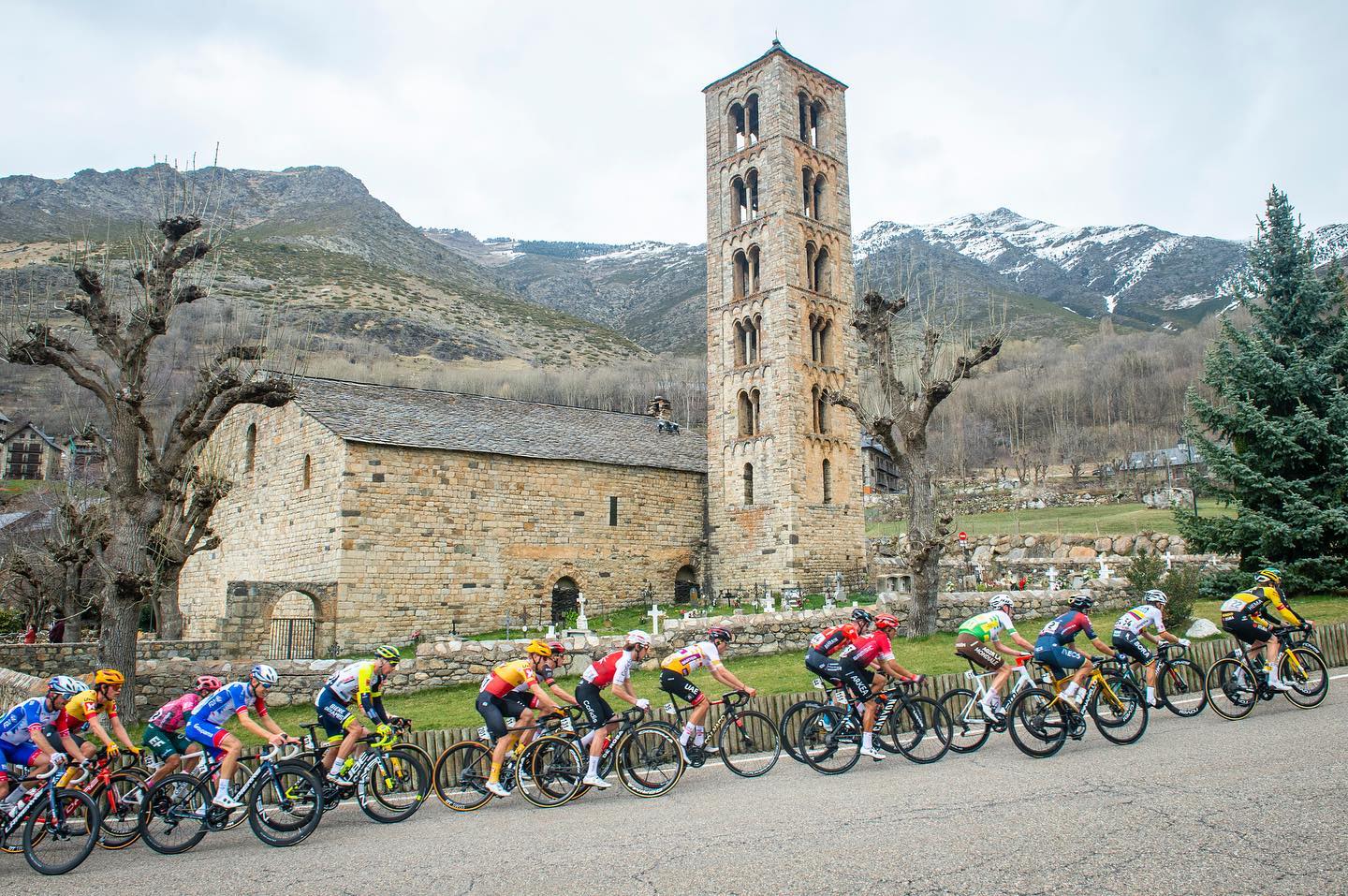 Ethan Vernon (QuickStep-AlphaVinyl claimed stage 5 of the Volta a Catalunya in a sprint finish in Vilanova i la Geltrú.

The young British rider saw an opportunity to open up his sprint along the center of the road, which served to hold off his closest rivals Phil Bauhaus (Bahrain Victorious) and Dorian Godon (AG2R Citroën) to secure the first victory of his professional career.

Meanwhile, João Almeida gained a one-second bonus point during the last intermediate sprint, which was enough for the Portuguese rider to wrest the leader’s jersey from the shoulders of Nairo Quintana (Arkea-Samsic).

However, the trio was eventually reined-in with 20 kilometers to go.

From there, the race unfolded into chaos during the final kilometers, with no team being able to control the front.

Shorty thereafter, Richard Carapaz decided to animate things with an uncanny attack, but to no avail.

The attacks kept coming from there, with Guillaume Boivin being the first rider to open up his sprint during the final stretch, a move that was quickly marked by Vernon – earring the QuickStep rider the stage honors.