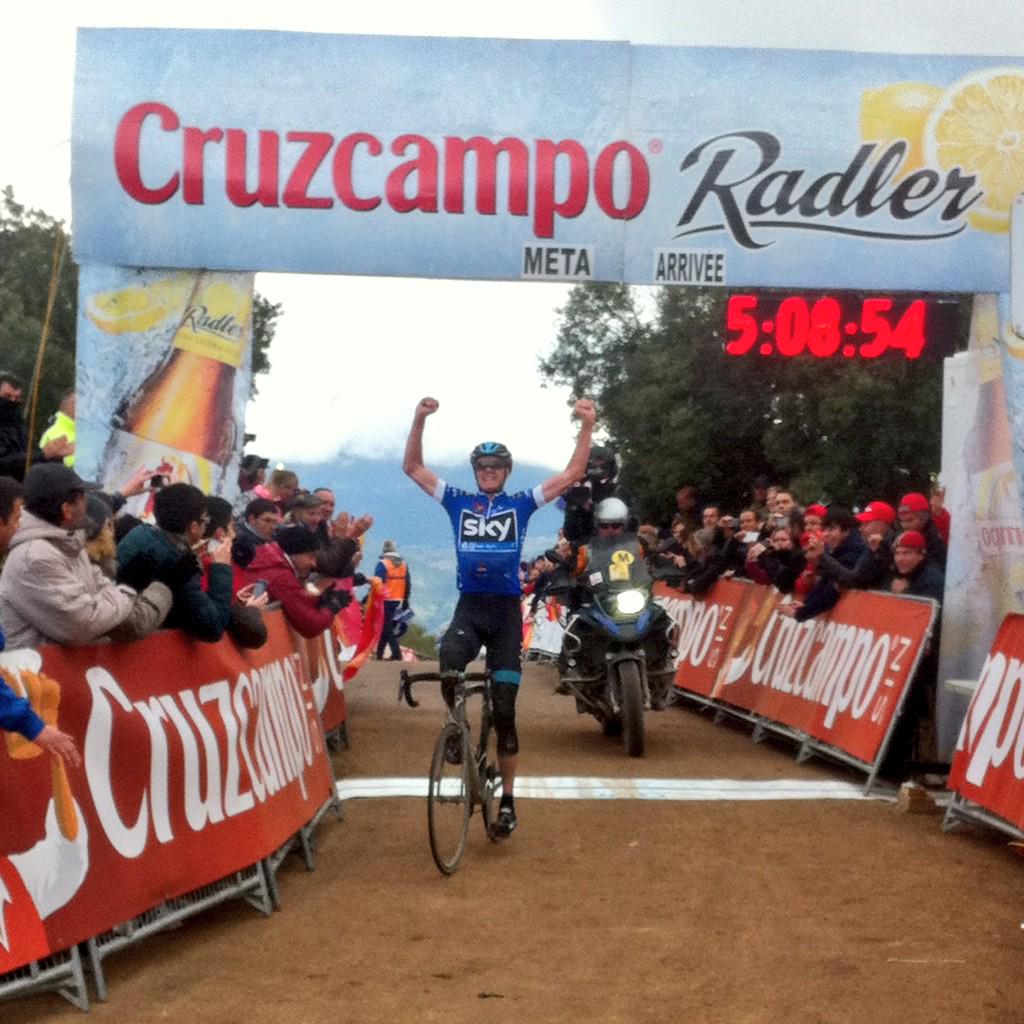 Indeed, Froome launched a fierce attack during the final two kilometers, leaving Contador as the only rider able to respond to the British rider’s move.

From there, the duo quickly rode clear of what remained of the lead group – locked in the race for the line.

However, just 200 meters further in the race, Contador suddenly began to wane, while Froome continued with his relentless pace.

With a 1500 meters remaining, it became clear that Contador’s overall lead was now at serious risk.

From there, Contador struggled to try and get back on terms with Froome. However, the Spanish rider could not close the gap on the Briton, who proceed to cross line almost half a minute over his rival.

However, as the gradient began to spike, Team Sky took up the reins in the main peloton, with Tinkoff-Saxo keeping a watchful eye over the situation.

With 5 kilometers remaining, only Selvaggi remained out front, with an advantage of 1:30.

However, despite a valiant effort to stay out front, the Italian rider eventually relented inside the final three kilometers, when an attack from Kennaugh brought the lead group up to his back wheel.

From there, Nieve initiated a short-lived acceleration of his own, which subsequently opened up a slight gap.

However, shortly thereafter, Froome unleashed a stinging attack that only Contador could follow, with the British rider ultimately dislodging the Spaniard in a matter of a few hundred meters – to seize the stage victory and overall race lead.