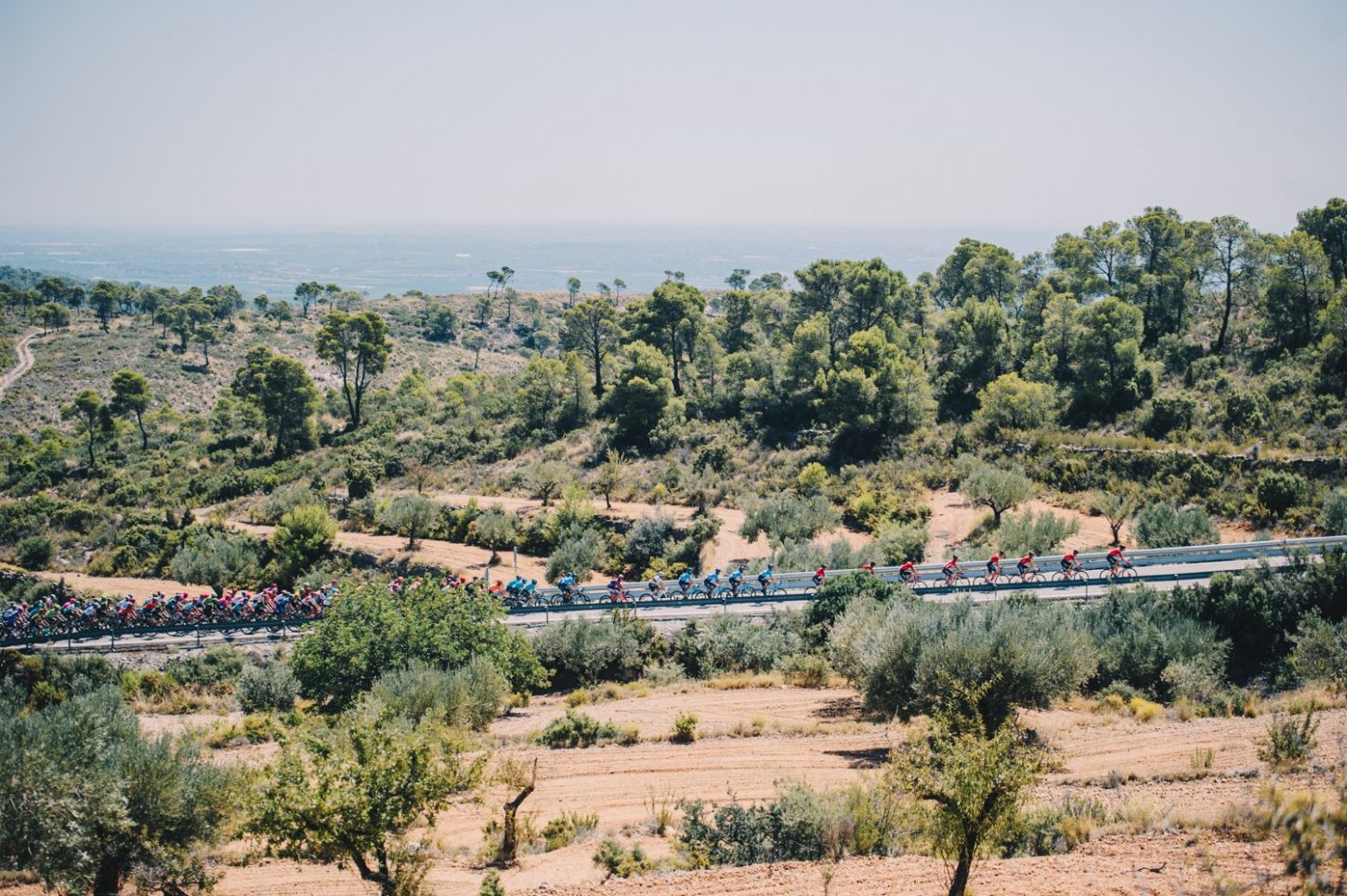 Cofidis’ Jesus Herrada won stage 6 of the Vuelta a Espana today, after the Spanish rider dropped Dylan Teuns (Bahrain Merida) during the waning moments of the race to claim a solo victory.

Despite missing out on the stage victory, Teuns moved into the overall race lead, while overnight leader Miguel Angel Lopez (Astana) dropped to third.

Gesink’s starring role in the breakaway saw the veteran Dutch rider make his way into the top 10 in sixth place, 1:23 down and level with Nairo Quintana (Movistar), while nine seconds down on teammate Primoz Roglic in fourth.

In the meantime, David de la Cruz (Team Ineos) finished in ninth place, and now trails Teuns at the top of the general classification by 38 seconds.

But, the day was marred by a huge crash in the peloton with around 80 kilometers remaining, which saw the abandonment of EF Education First duo Rigoberto Uran and Hugh Carthy, the former red jersey wearer Nicolas Roche (Team Sunweb) and the Victor de la Parte (CCC Team).

EF Education First’s bad luck continued when Tejay van Garderen, who was part of the break, crashed badly on the descent of the penultimate climb. The American rider was able to continue the race but finished well over 10 minutes back after leaving the road at speed and landing in a rocky bush.

It took awhile for a breakaway group to form during today’s 198.9 kilometer stage from Mora de Rubielos to Ares del Maestrat, but De la Cruz, Gianluca Brambilla, Herrada, Van Garderen and Tsgabu Grmay among others eventually escaped the clutches of the peloton.

The breakaway group subsequently built up an advantage of 4:45 as they reached the slopes of the Puerto de Culla, where Grmay was the first of the escapees to show his hand, attacking on the climb and pulling out a dangerous advantage.

With 20 kilometers remaining, Grmay was still clinging to a 20-second lead, with the peloton still five minutes back.

With 15 kilometers to go, Nelson Oliveira (Movistar) managed to bridge his way to Grmay.

From there, Grmay and Oliveira continued to work well together, keeping a steady gap during the final 10 kilometers.

However, it wasn’t long before the duo began to fade, later being caught and dispatched by Teuns and Herrada inside the final 3 kilometers.

Heading into the final kilometer, Teuns and Herrada held a 17 second lead over the chasers, while the peloton was still six minutes behind.

Back in the peloton, Astana set the pace on the final slope, but in the end were forced to relinquish the race lead.