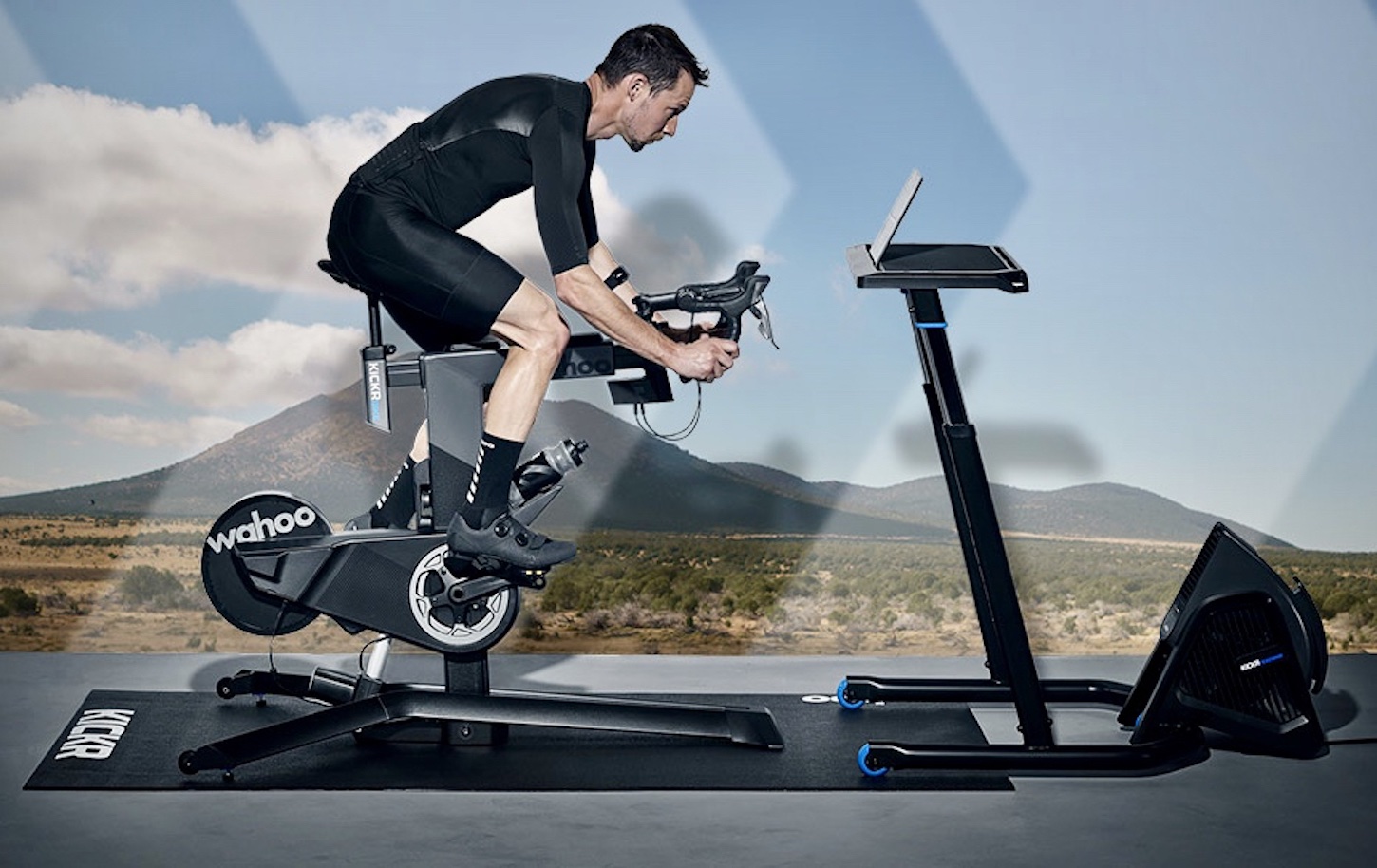 Needless to say, the KICKR BIKE is not only a sophisticated trainer, but it’s also intended to be an effective tool to be used in conjunction with bike fitting programs as well.

“The KICKR BIKE blurs the line between the indoor reality and an outdoor experience” deserves scrutiny — you are, after all, still just pedaling a static bike indoors,” says Wahoo.

The KICKR BIKE utilizes Wahoo’s belt-drive flywheel and electromagnetic resistance control unit, along with an innovative crankarm system that can be adjusted between 165mm to 175mm.

Below the bike is a motor that controls the pitch of the platform that can simulate gradients upwards of 20%, along with descents of -15%.

Wahoo has also created a companion app that allows the user to upload an image of his or her bike in order to dial in the approximate fit of the KICKR BIKE. Moreover, it’s also possible to import fit measurements from fit programs like Retul, Geru or Trek’s bike fit systems via the app, which in turn can convert the fit into measurements that can be adapted to work with the bike.

Additionally, the KICKR BIKE”s customizable shifters are designed to mimic the function of regular shifters, wherein the buttons on the top of the shifters are used to manually adjust the incline of the bike, while the two buttons on the inner face of the shifter body are used for steering. The app also allows users to customize the virtual gearing of the KICKR BIKE, whether they prefer 1x or 2x drivetrains and close or wide-range gearing

According to Wahoo, the KICKR BIKE will sell for $3,500, which will initially be limited to certain regions of the world starting in October.