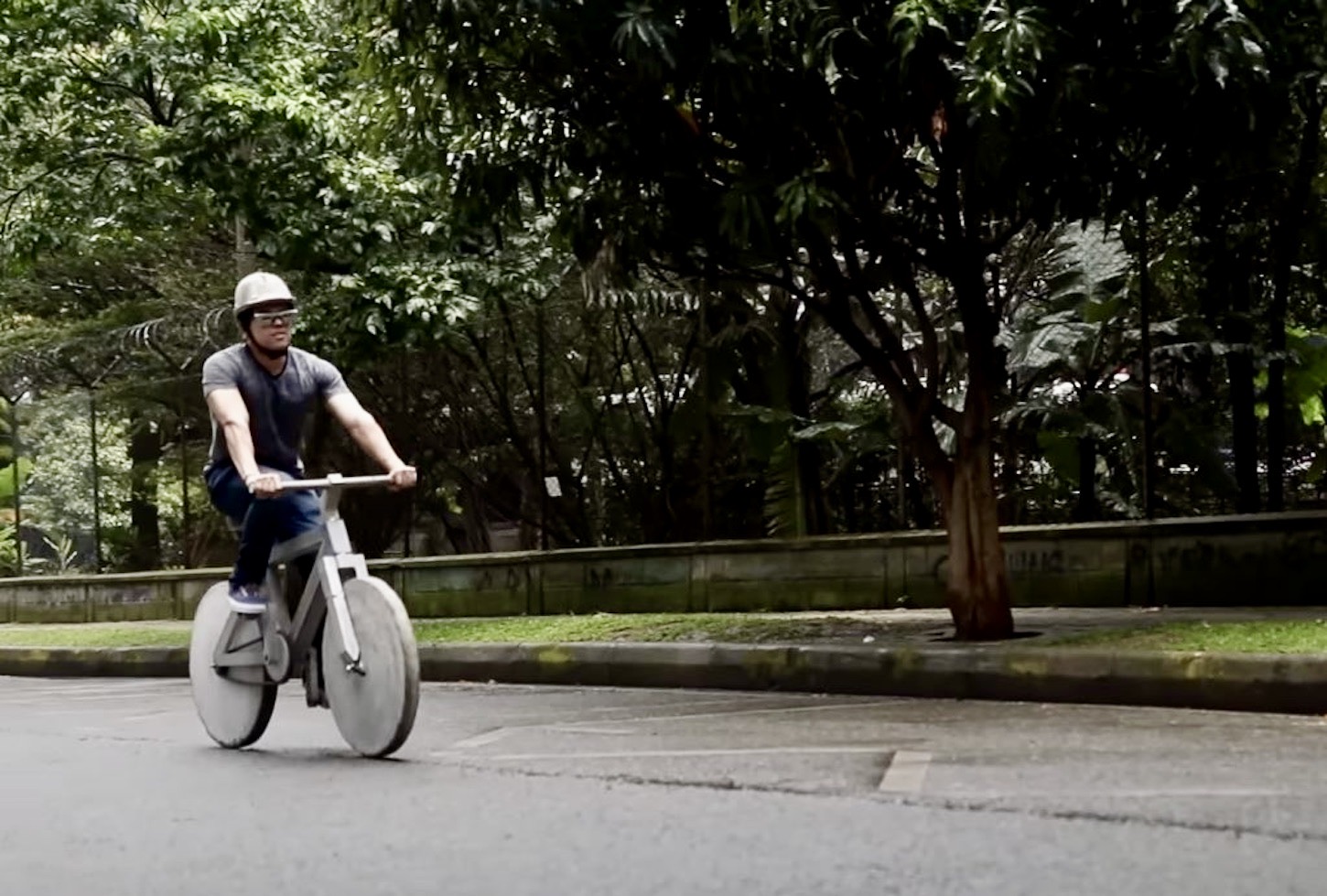 22 Sep 2022
By Gianni Pericolo - In LATEST ARTICLES, THE BROOM WAGON

When it comes to pedal-powered vehicles, weight is most certainly your enemy. But that didn’t stop Play to DIY from making this fully functional bike that’s cast from concrete.

Dubbed the “world’s first concrete bike”, the group said they were inspired by lots of different bike brands that think outside of the box.

“We are inspired by ideas and channels like the following: On ideas like Cycling on ice, Hubless Bicycle, Fat Scooter, also fatbike, also in how to make an electric bike, wooden bike, in the crazy bike modifications, chainless bicycle, ideas about concrete in mini house from concrete, other bike ideas like super speed bike, bike restorations, Invisible Wheels, maximum speed bike, on channels like The Q, OUROBOROS ARQ, filipo tv.”

The build incorporated recycled parts from old bikes that included a steel frame and screws. For the other parts, they used pipes and plywood to complete the assembly.

The Play to DIY team started the assembly by constructing the axis of the chainset and drafting the frame of the concrete bike. They pasted slabs of wood on the blueprint board of the bike’s frame and attached a PVC pipe at the bottom part. Corrugated bars welded with epoxy glue make up the inside of the frame, which the team inserted into the wooden enclosure. Once everything was screwed and placed, they poured the concrete and waited for it to dry. For the chainring, they filled up a circular mold with concrete and allowed it to take the shape of the ring along with its spike ends. The crankarms followed the same method, and the team connected both that would help the concrete bike fully function.

Additionally, the pedals and the saddle of the bike were also created out of concrete molds and recycled parts from an old bike. To add to the fun, the team even completed the project a concrete helmet and a pair of goggles.

Since the team had to wait for the concrete to dry, it took them two months to complete the bike, which in the end tipped the scales at a whopping 134.5 kg – or about 296 lb.

While it looks functional, it appears that the bike doesn’t have brakes, so the Play to DIY team was keen to point out in their video that it was made exclusively for artistic, experimental and entertainment purposes.