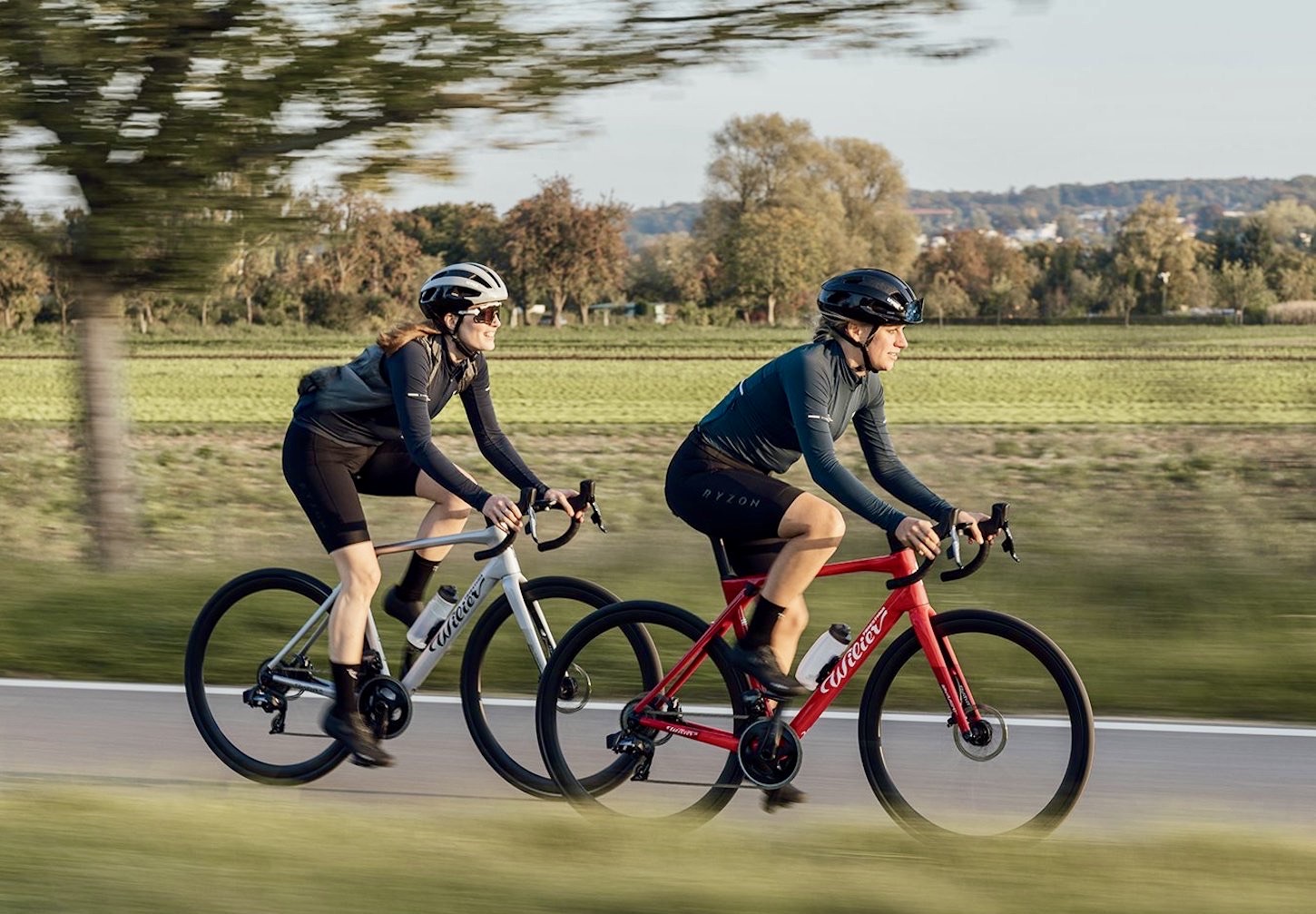 Wilier has debuted its latest road bike called the Granturismo SLR, blurring the lines between aero and endurance in what the Italian brand describes as “a racing bike that’s designed to bring out the utmost in performance and comfort.”

“How many times do cyclists ride pure racing bikes with centimeters of spacers on the head tube? The Granturismo is designed to minimize postural stress thanks to a more harmonious, well-proportioned and balanced geometry while also maintaining a true racing character,” adds Wilier.

At the center of the Granturismo SLR is a new decoupler and elastomer system called the Actiflex 2.0, the latest iteration of Wilier’s Actiflex that was previously found on its Cento10 NDR, which now offers up to 5mm of vertical travel.

Similar to the previous design, the Actiflex 2.0 also works by way of seat stays that connect to the top tube via an elastomer pivot system. However, the system is now positioned further forward in a bid to better protect it from wheel spray, while still relying on flex from the chain stays to dampen movement.

Interestingly, most bikes feature an elastomer that’s made from solid viscoelastic material, but the top-end models that are equipped with Dura Ace, Super Record and SRAM Red are treated to a 3D printed version that’s slightly lighter by 20 grams.

While Granturismo SLR is by no means an aero bike, there are ample cues that suggest Wilier sought to give it a proper aerodynamic signature, as evidenced by the use of tube shapes and profiles that were borrowed from its Filante, as well as the one-piece integrated cockpit that was carried over from the Zero.

Naturally, clearance is also up on the Granturismo SLR, providing enough room to accommodate tires up to 32mm.

Additionally, like Wilier’s Rave SLR, the bike also equipped with a removable front derailleur that’s replaced with a flat plate, a feature that both optimizes the use of 1x drivetrains, while also yielding a sleek aesthetic.

The Granturismo SLR is available as a complete bike, with a number of build options available in SRAM Force AXS, Shimano Ultegra Di2, SRAM Red AXS and Campagnolo Super Record EPS, along with Wilier’s own SLR38KC wheelset, with prices ranging from €7,400 to €11,700.