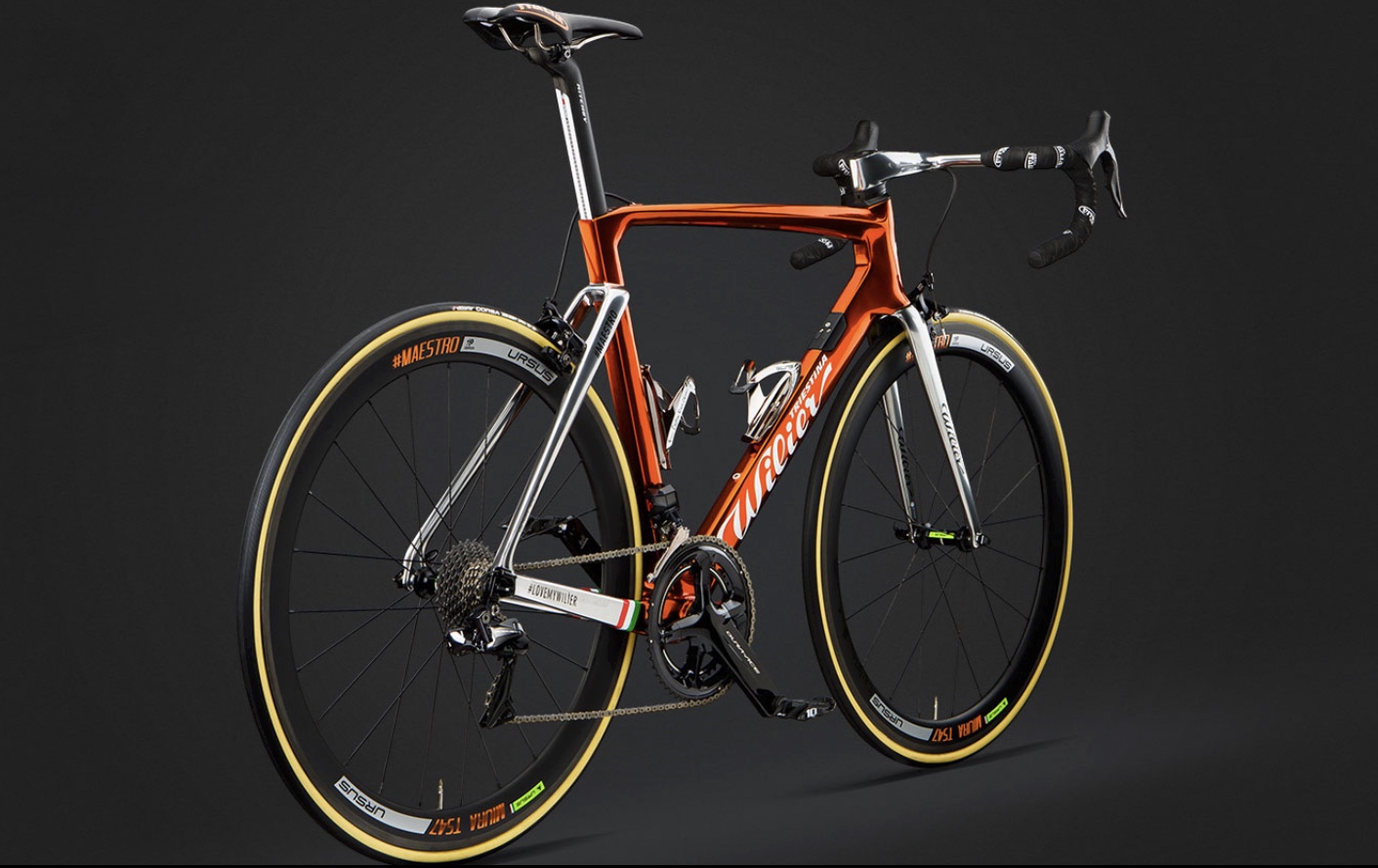 09 May 2017
By Gianni Pericolo - In FEATURED ARTICLES, LATEST ARTICLES, THE DOUBLE DIAMOND

To celebrate the 100th edition of the Giro d’Italia, Wilier has launched a special edition version of its Cento10AIR aero road bike – complete with the iconic Italian brand’s historic “ramato” paint scheme.

Indeed, Wilier is celebrating this year’s Italian Grand Tour with a custom painted edition of the Cento10AIR, which has already been spotted with Filippo Pozzato onboard, adorned in the 110-year-old Italian bike manufacturer’s famed cromovelato ramato (chrome plated copper) finish.

Wilier pioneered the chrome plated painting procedure in 1947, when the ramato bicycle launched to great acclaim. The use of a galvanizing process was a first for the bike industry, and also required the first use of a clear coat on a bicycle to protect the finish. The original bikes were finished with gold decals painted by hand using a fine horsehair brush. The special finish was seen again in 2016 with the release of the retro inspired Superleggera.

The Cento10AIR launched in early 2017 as an aero bike designed for all-around riding. Utilizing National Advisory Committee for Aeronautics tube dimensions, drag was cut by 8% compared to Wilier’s first aero bike, the Cento1AIR. The bike also comes in 200g lighter than its predecessor and can accept 28mm tires. Maintaining famed Wilier handling characteristics was a priority in the development of the bike, with road trials balancing the computational design. The result is a bike that can navigate the demands of a group sprint, while also feeling responsive and stable on the best descents in the Dolomites.

Bringing the ramato finish to the Cento10AIR completes the circle for Wilier, who use their 110 years of racing heritage as the backbone for each successive innovation. The gleaming copper finish on the new Cento10AIR is a direct connection between modern racing bicycles and the skilled craftsmen who brought the original ramato bicycle to life.