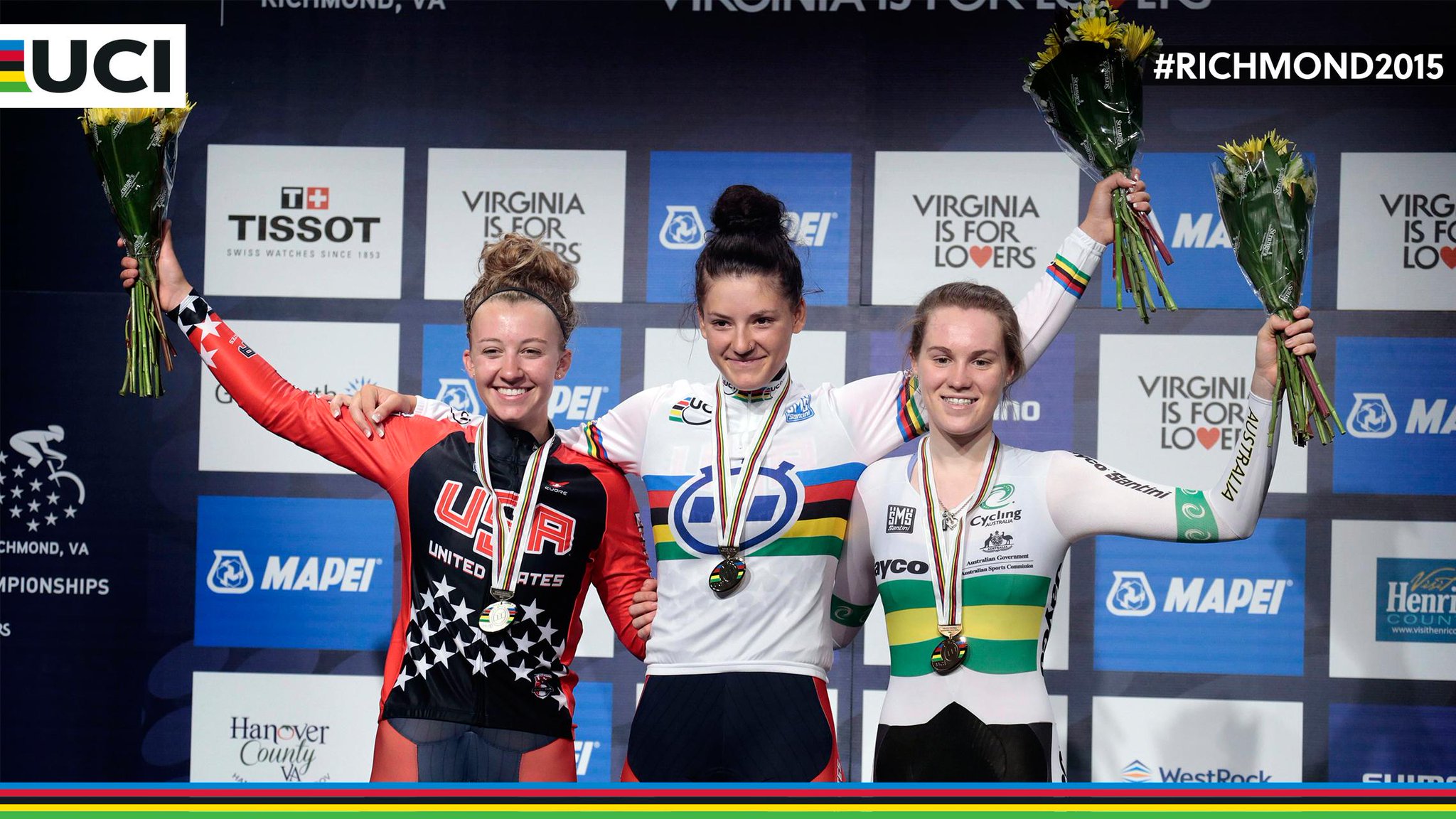 Meanwhile, fellow American rider, Emma White claimed the second spot on the podium at 1:06 behind, followed by Australia’s Anna-Leeza Hull an addition 10 seconds back – to win the bronze medal.

“I enjoyed it so much,” Dygert, of Brownsburg, Indiana, said. “I’m a power climber, and [the course] was made for me. It’s really exciting, this is my first worlds.”

“It’s amazing, and it feels even better that my teammate was first,” said White. “I’ve been working really hard this season. I was fifth last year so I was hoping to move up, but of course it’s not real until it actually happens. I’m really happy with it. It’s incredible, such an honor, and a really cool way to finish my junior career.”

Dygert had the advantage of starting early on a day, as the wind continued to pick up throughout the morning.

“I’m a power climber, so the short bursts of wind – I was able to pull through those. I had a radio piece in for Ina [Teutenberg] in the car, and ear plug to block the wind – if I can’t hear it, [I think] mentally blocking that out makes me forget about the wind.

In the end, Dyger set a scorching pace around today’s 15-kilometer, trouncing the previous best time set by Gillian Ellsay by 1:45.

However, the young 18-year-old from Indiana would then have to sit on the hot seat until she would be later confirmed as the new world champion.

At last, with all of the riders having passed through the first intermediate check, Dygert’s victory looked more secure. Second placed, White could only manage to get within 12 seconds of her teammate at the intermediate check, but that had expanded to over a minute by the finish line.

Hull had a bad start and set only the seventh fastest time just before the halfway point, but ultimately rallied her way through the rankings to search third place by the finish line.

Last year’s silver medallist Mathiesen was one of the pre-race favourites. She came out quickly and went through the intermediate check in third place, but Hull’s late surge proved enough to deny her a medal in the end.