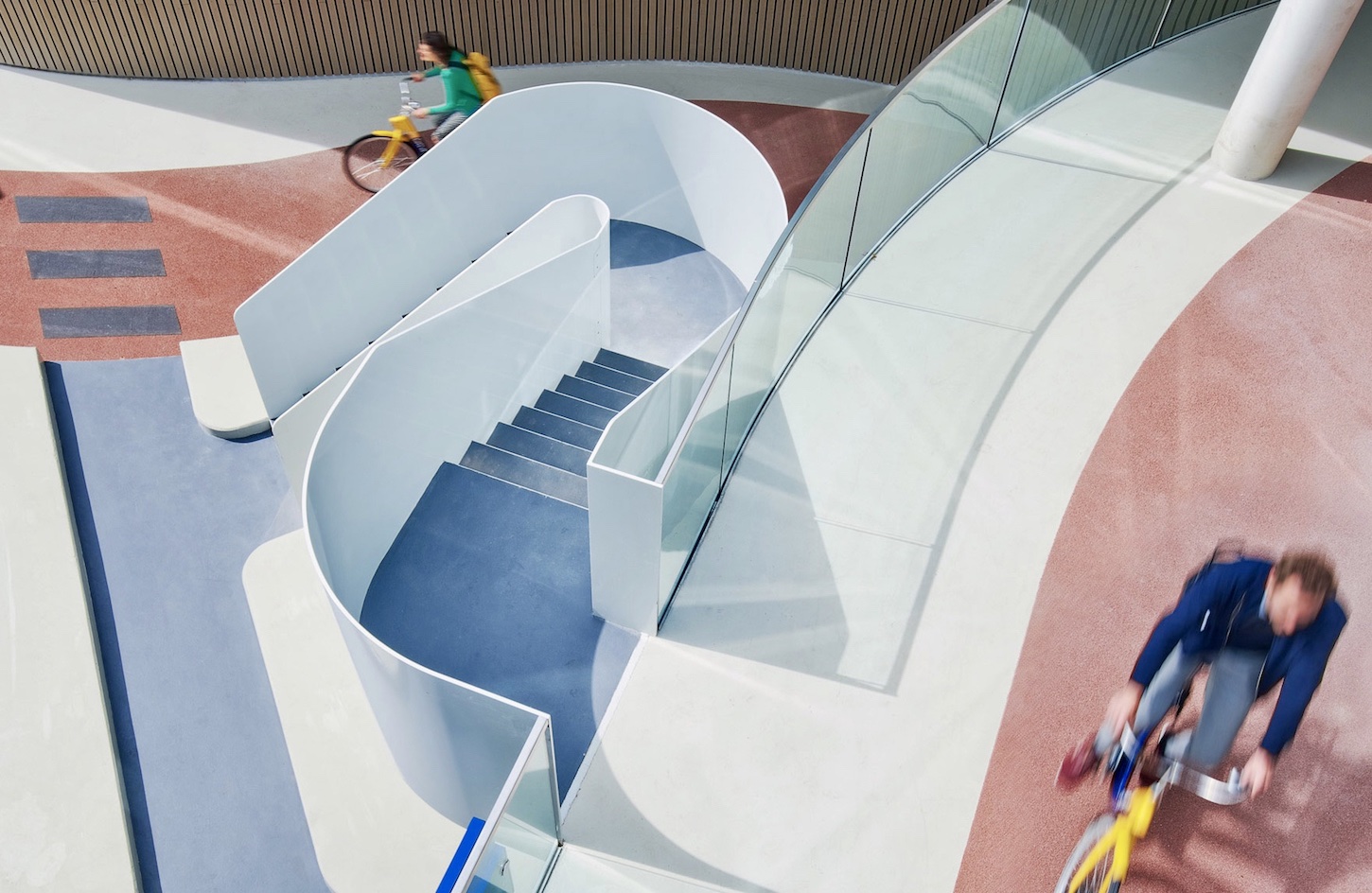 “Historically, the Dutch have always been fervent cyclists,” says Ector Hoogstad Architects. “This enthusiasm is now growing even further as cycling is being discovered as a key ingredient of the sustainable city. New bicycle typologies such as the introduction of the so-called e-bike are helping to amplify this shift in mass transportation. More and more public transport hubs will be complemented with extensive and user friendly amenities for cyclists, as increasing amounts of people begin to favor the combination of cycling and public transport over car.”

The three story center allows cyclists to ride straight into the facility, with lanes weaving through the structure to accommodate a fast and fluid entry and exit in both directions.

Similar to modern automobile parking facilities, a digital system directs cyclists to available parking spots and the walls are color-coded to indicate the different routes. Moreover, cyclists can pay for bike parking by scanning their public transport pass to save time and the facility has plenty of staff on hand to assist them if needed. There’s even a bike repair shop and bicycle rental outlet onsite as well.

“The building is more than just infrastructure,” explains Ector Hoogstad Architects. “It adds an exciting and surprising architectural dimension to the city. Cycling through the garage has become a unique experience; not just another part of everyday life in the city, but almost an attraction in its own right.”

The structure is built with concrete, steel and wood, along with three giant concrete canopies that lead cyclists into the center. In addition, a series of large windows and glass skylights allow natural light to filter down through center, including LED lighting throughout.

Needles to say, the goal for creating the facility is to encourage more people to ride bikes as a main form of transport, thus reducing the city’s CO2 emissions.

“The environment is one of the development’s starting points: the bike-park is built to seduce more inhabitants and commuters to use bicycles and public transport instead of cars,” says the firm. “This behavioral change reduces CO2 emissions by up to 95 percent. Utrecht profits in many ways: a better public space with a spectacular bike-parking and moreover space for commercial development.”