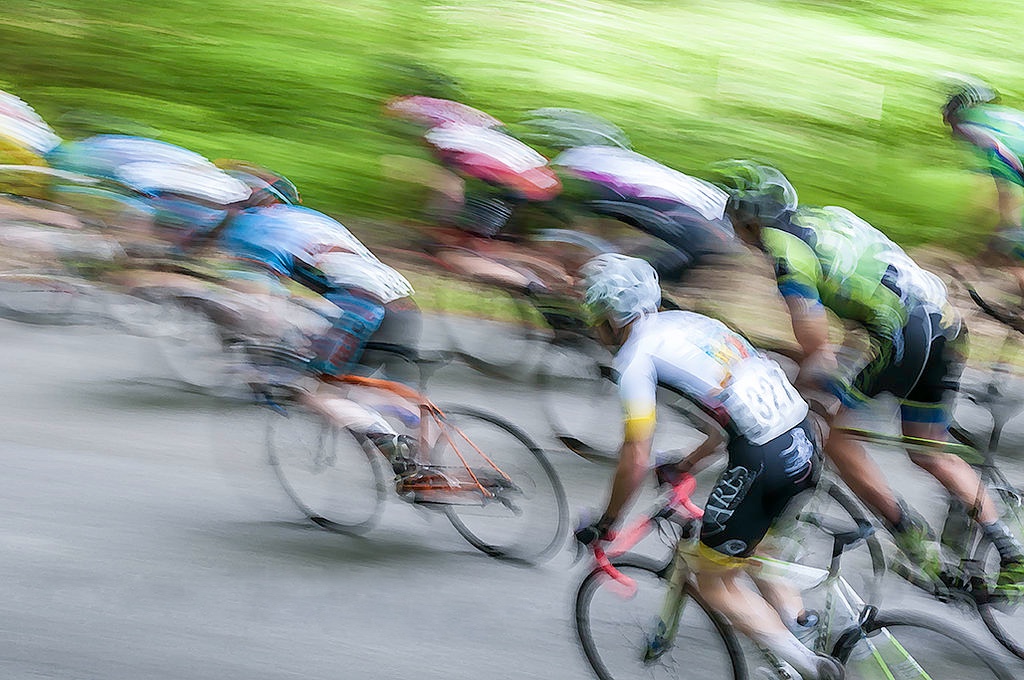 25 May 2017
By Campionissimo - In FEATURED ARTICLES, LATEST ARTICLES, MIND & BODY

article by Plews and Prof

We took a stab at debunking one myth – dehydration and exercise and performance. Time to take a swing at another. Fat burning at high exercise intensity.

To steal a phrase from our NZ colleagues, WTF? (what the fat)!?

Our question: could fat burning be more important for high-intensity performance than previously thought?

Physiologists have long known that fat fuels us at rest and even for low to moderate exercise intensities. Beyond this point however, we’ve been told that fat’s contribution diminishes towards negligible values as exercise approaches maximum levels – when we’re in the ‘red zone’.

The classic textbook shot here (below) for reference. This is what we teach and learn.

For high-intensity exercise performance, it makes sense that carbohydrate oxidation is important. Put simply, we get a higher rate of ATP (energy) per unit of oxygen uptake per unit of time. More energy means better performance capacity.

The question: is fat oxidation at high exercise intensity really negligible? Does it actually turn off? Does it play a negligible role for athletes competing in short (<8min) high-intensity Olympic-type sports?

To answer, we need to get at more detail to understand the issues. As a starting point, I’ve shown Figure 1 from Jeukendrup & Wallace (2005), which takes various studies to show nicely the different factors (training status, exercise mode, gender and diet) that influence the relative degree of carb and fat oxidation with exercise intensity (x-axes).

For high-intensity exercise performance, it makes sense that carbohydrate oxidation is important. Put simply, we get a higher rate of ATP (energy) per unit of oxygen uptake per unit of time. More energy means better performance capacity.

The question: is fat oxidation at high exercise intensity really negligible? Does it actually turn off? Does it play a negligible role for athletes competing in short (<8min) high-intensity Olympic-type sports?

To answer, we need to get at more detail to understand the issues. As a starting point, I’ve shown Figure 1 from Jeukendrup & Wallace (2005), which takes various studies to show nicely the different factors (training status, exercise mode, gender and diet) that influence the relative degree of carb and fat oxidation with exercise intensity (x-axes).

The most important point that we usually take from these examples is that which is shown from the textbook example above; that calculated fat oxidation becomes negligible at high exercise intensities, reaching zero it seems once exercise intensity reaches values ranging from 75-90% of VO2max. Right at the spot where most athletes need to compete.

Is that really the case? Is it all about carbohydrates for high intensity exercise, or is it possible that fat oxidation could also be important? How do we begin to get insight into the question?

If you want to follow what we’ve done in the forthcoming study, we need to dive into more detail.

Substrate oxidation (carb and fat burning) is estimated using gas exchange measurements from a metabolic cart (right) and stoichiometric equation calculations. This technique, known as indirect calorimetry, is thought to be the gold standard technique for measuring this.

Let’s take a basic look at how it is calculated.

Inside the cells of the body needing energy, we know that the reactions converting the substrates carbohydrate (glucose) and fat (palmitate) are as follows:

We’ll skip a few details to get to the heart of the matter, but basically, because the oxidation of those substrates have different O2 and CO2 inputs and outputs, it winds up that the CO2 you exhale relative to the O2 you take in, gives us a ratio (VCO2/VO2) number from our metabolic cart data ranging from 0.70 to 1.00, termed the RQ (respiratory quotient), or RER (respiratory exchange ratio). When that ratio number reads 0.70, it tells us we are burning pure fat. When it reads 1.00, it tells us we are burning pure carbohydrate. So by using this method, we can estimate the relative quantities of carbohydrate and fat being oxidized at a given exercise intensity. That’s how the various graphs above shown by Jeukendrup & Wallace (2005) are being calculated.

But this estimation has one important limitation related to the current topic. While it’s mentioned in the Jeukendrup & Wallace paper and others, I don’t believe this point has been well-discussed or researched to date. The point is this: When we exceed our threshold intensity (maximal lactate steady state), a shift in acid-base balance occurs. With increased required carb burning (anaerobic glycolysis), lactate accumulation in the contracting muscle moves into the blood and increases the acid content [H+] (likely related to that burn you feel with hard exercise), which is buffered predominantly by the main buffer in your blood, bicarbonate [HCO3-] (see schematic from Marieb, 2009). This excess (non-oxidative) CO2 is then added to the total VCO2, making our VCO2 amount larger than it would have been had the acid not been added to the mix when we crossed the threshold. The regulation of this buffering system and its various players are shown below.

How does the Acid Load Affect the RQ and Carb/Fat Determination with Exercise?

As you’ve probably gathered, the higher lactic acid induced production of CO2 [through HCO3- buffering] has a large influence on the calculation of carbohydrate and fat oxidation. It creates an overestimation of the carb burning amount and an underestimation of the fat burning. The estimation of fat use with these equations goes so low in fact that it often becomes zero, and then negative. Of course we can’t report a negative number, so scientists typically present their data up to the point where it becomes zero, and not beyond. See again those Jeukendrup & Wallace (2005) examples above.

Given these challenges, the contribution of fat metabolism to energy demand during high intensity exercise is less studied.

What did we do? Or more accurately, what did our Norwegian colleagues that ran the study do? The details are for all to read in our recently published open access BMJ article. This research group, Ken Hetlelid, Eva Herold, and Stephen Seiler, took nine well-trained male runners with big engines (VO2max 71 ± 5 ml/kg/min) and compared their substrate oxidation responses during interval training with nine recreationally trained runners (VO2max 55 ± 5 ml/kg/min).

Both groups of runners performed a high-intensity interval training (HIT) session, and indirect calorimetry, as described, along with heart rate, blood lactate and rating of perceived exertion (RPE) were measured. The HIT session, performed on a treadmill up a 5% gradient, was self-paced, and consisted of six, 4-min work bouts separated by 2-min recovery periods.

Both groups of runners performed the HIT session at the same level of RPE and blood lactate level. That means generally that the effort felt the same for both groups. The self-paced HIT session was of course run faster for the well-trained guys (15 vs. 11 km/h roughly), and that difference in running speed (figure right) was explained by higher absolute and relative oxygen uptake levels (figure below), and calculated energy expenditure. You’d expect that.

But if we dig a bit deeper, let’s uncover WHY it was faster, and WHY the well-trained guys were able to get at more energy. Check out the data below…

It wasn’t the carbohydrate oxidation. That was identical in both groups (unclear; right), just like its end product (lactate) was.

It was the fat…

The fat oxidation, at those high exercise intensities, was nearly 3 times greater in the well-trained runners compared to the recreationally trained (right and above figures). It wasn’t zero, or negligible, as we are often told, but in fact accounted for 33% of the total energy expenditure in the well-trained guys over the sequence of high-intensity intervals.

The new findings didn’t end there…

Fat oxidation didn’t just explain HIT performance. It also explained VO2max – that gold standard marker of fitness and performance we often hear about. When we lined up all the subjects in the study and compared their VO2max with their average carbohydrate and fat oxidation rates during the HIT session, it was the average fat oxidation rate during the HIT session that very highly explained VO2max. Carbohydrate rate, though unclear, actually trended the opposite direction.

Our study brings forth a number of points we need to consider.

1) Typical less trained response. First observation. Check out the fat oxidation line for both groups of runners as they progress through their interval session. Notice how the less trained group has the typical response we see reported (typical volunteer subject group doing university degrees). Notice their negative fat oxidation values, especially during the recovery phases, as bicarb buffers the sugar-burning acid release. But certainly a different response for our better fat burning well-trained guys.

3) Self-paced HIT session vs. completely all out. It’s important to appreciate that we have a self-paced intermittent high-intensity exercise situation, and not a near all-out 2K rowing race that might be performed at an even higher exercise intensity. So our situation gives us more potential for greater fat utilization. Both groups performed their prescribed intervals just above the second ventilatory turn point (VT2) identified during preliminary testing. But this is a high intensity right around the range that many scientific spokespersons (usually supported by an industry we all love) are claiming no benefit of fat oxidation.

But no benefit? Negligible?

To us, it doesn’t make much sense that fat oxidation would become zero at high exercise intensities. I remember giving first year lectures in my days and we often started with a video called “All systems go”. Its not the most exciting piece of work, but can be seen here.

The gist of the video was that all energy systems contribute to ATP production all the time. In this example, we were talking the ATP-PC system, anaerobic glycolysis, and the aerobic system. Not on and off like a light switch, but all on in different proportions, at different times. Likewise, isn’t it logical to think that the lipolytic (fat) system would still be functioning in the background to contribute to ATP provision during high-intensity exercise as needed? Our study, albeit just one, suggests this may be the key factor that changes with training status.

Why does our Study Matter?

Interpretation of science to date has been that carbohydrate oxidation dominates and is the only substrate of importance for high-intensity exercise. Practice in nutrition logically follows. As an example, we recently attended the ECSS Congress and watched a Gatorade-spokesperson tell us that fat metabolism at high exercise intensity is not discussed, because “it doesn’t play a role during high-intensity exercise”. Let’s hope our study is the beginning of further work in this area.

To summarize, the new findings from our study are: