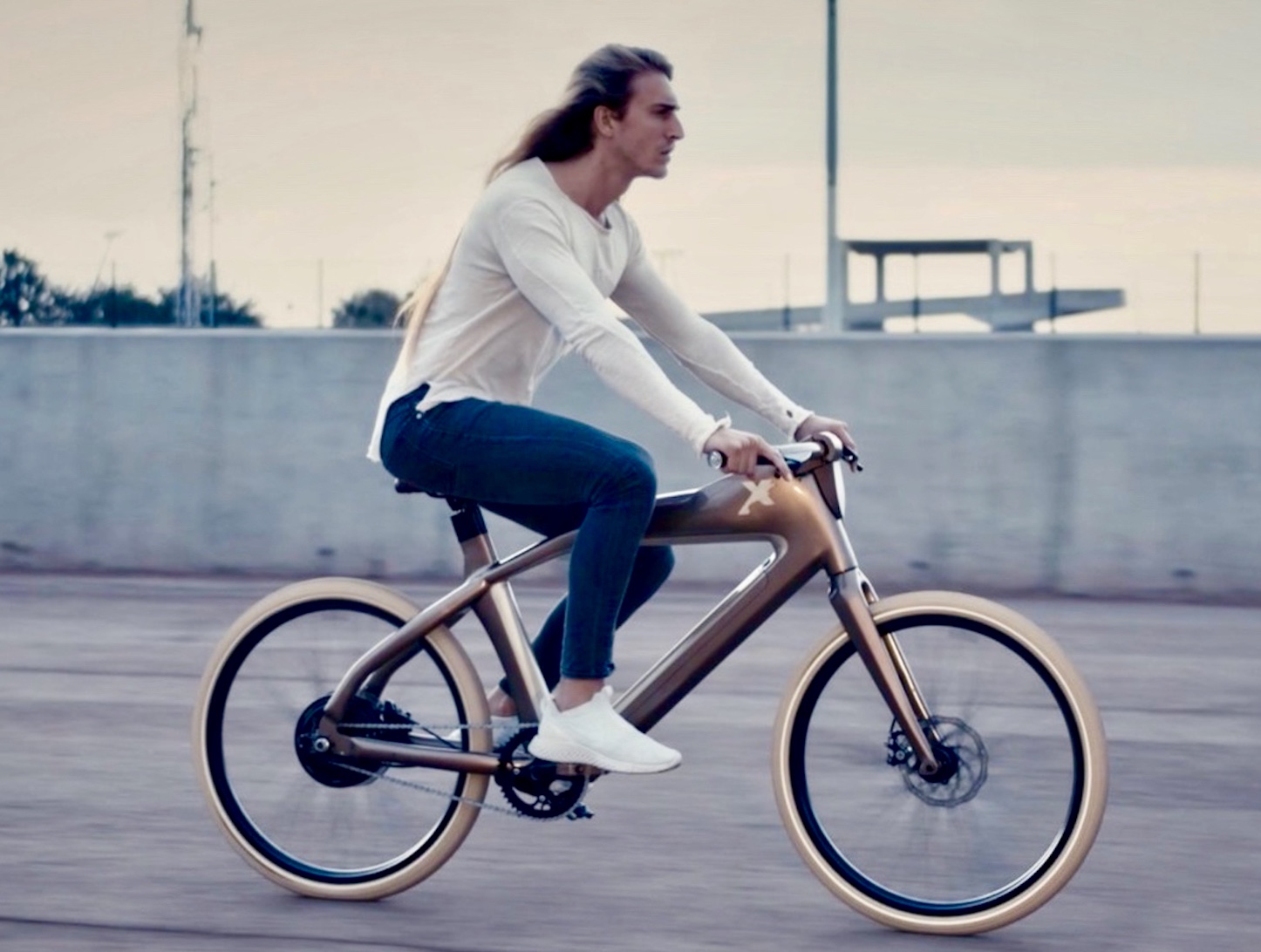 Cyclists may soon find out that the future holds more than just coffee when it comes to their mug.

That’s because the designers of the sleek, futuristic X ONE e-bike have developed a new technology that uses an integrated camera and facial recognition software to verify the rider’s identity, And, if the system doesn’t recognize the person as an approved rider, the computer won’t engage the motor, thus locking up the drivetrain.

Additionally, the facial recognition system can also act as a “kinetic control” to engage the bike’s turn signals by way of a slight head bob in either direction.

The X ONE is produced by the Barcelona-based company, Rayvolt, that’s known for its retro-inspired e-bikes. In this case however, founder and lead designer Mat Rauzier wanted to develop a new, futuristic e-bike that took his brand in another direction.

Other tech-savvy features that highlight the X ONE include built-in head and taillights that are activated by an ambient light sensor, voice-control for certain features and a regenerative braking system that works by simply pedaling backwards.

Lastly, amongst the X ONE’s conventional features are hydraulic disc brakes, handlebars with internal cable routing, an optional 7-speed hub transmission, a hydro-formed 6061 aluminum frame that’s coated in carbon fiber where the computer is mounted and a carbon fiber fork – tipping the scales at a claimed 49 pounds (22 kg).

Rayvolt has undertaken a crowd-funding campaign on Indiegogo, offering early-backers a special price of $1,999 that you can learn more about here.