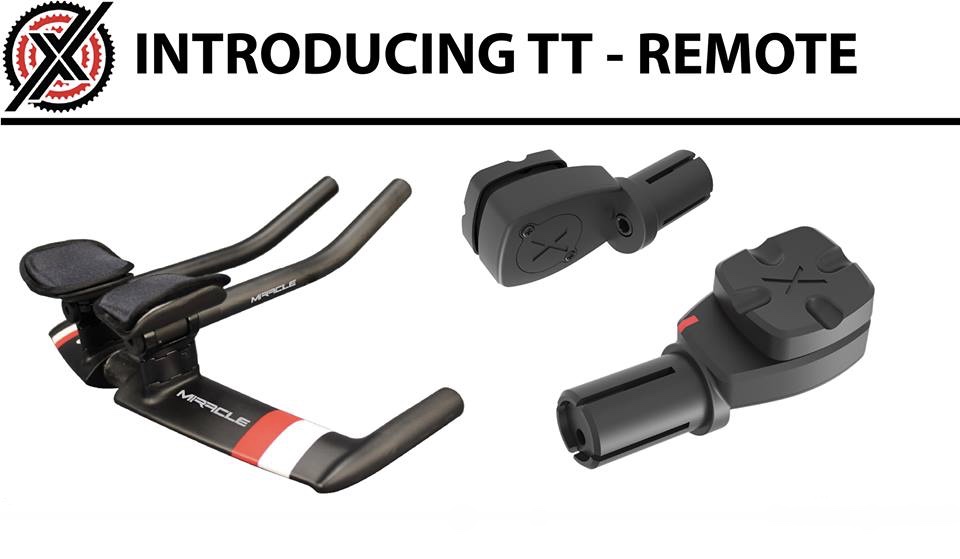 As we previously reported, XSHIFTER can bring wireless shifting capabilities to any groupset regardless of the brand, category or style of bike.

However, not to leave the time trialist or triathlete out, XSHIFTER has created a special wireless remote which can fitted to virtually any TT/Triathlon aerobar set-up, which similar to the existing system doesn’t require any changes or modifications to the bike’s componentry.

According to XSHIFTER’s designer, Paul Gallagher, using only minimal hardware, the new bar end shifters can be paired as two remotes which in turn can provide time trialists and triathletes with a choice of different hand positions, as they “race against the clock”.

XSHIFTER’s Kickstarter campaign is still underway, with special pricing for early backers that you can learn more about here.