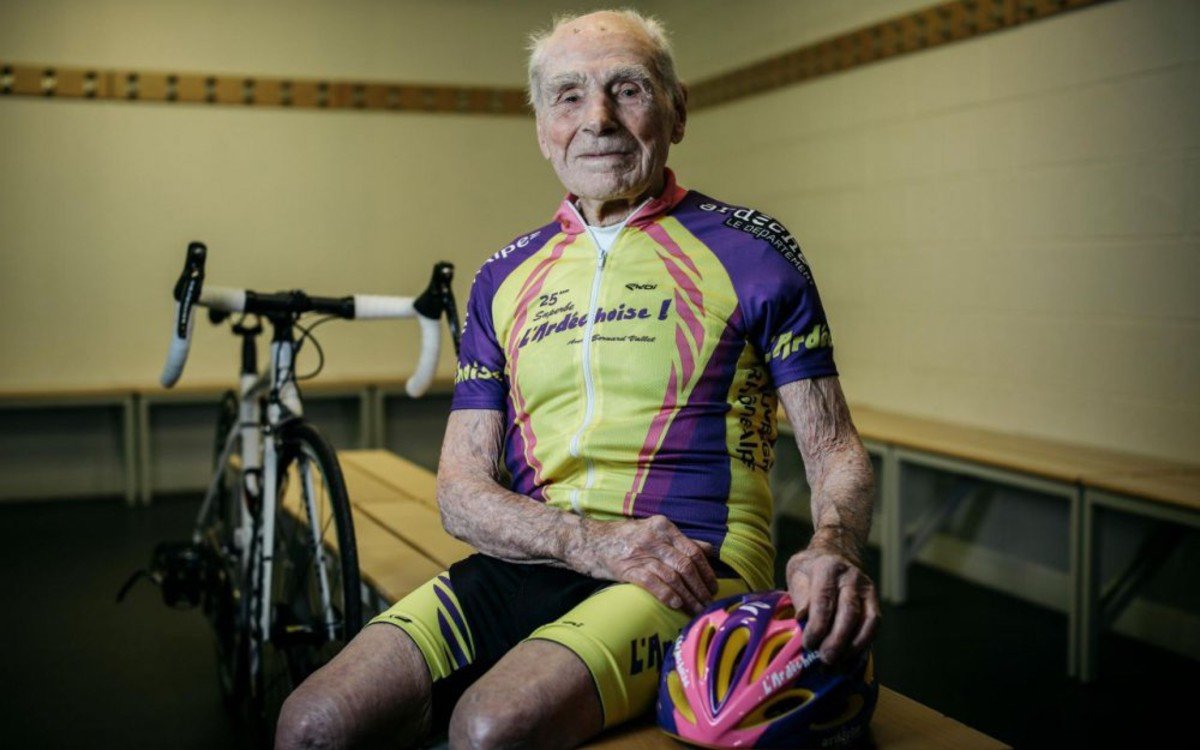 On January 4, 2017, Marchand set a distance of 22.547 kilometers at the Velodrome National de Saint-Quentin-en-Yvelines, France, earning him the distinction of the Best Hour Performance in the UCI’s Men’s division for “Masters aged 105 years and above” category.

The “Masters aged 105 years and above” category was created by the UCI (cycling’s governing body) especially for Marchand’s attempt.

In 2010, the UCI had created the “Masters aged 100 and over” category for Marchand, who then set his first performance with 24.251 kilometers at the UCI World Cycling Centre in Aigle, Switzerland.

In 2014, he bettered the performance by 10 per cent, when he rode 26.925 kilometers at Saint-Quentin-en-Yvelines – a Best Hour Performance record that still stands for the category.

Born in 1911, Marchand survived the First World War, the front line of which ran past his home in Amiens, France.

As an adult, he spent the 1930s working as a firefighter in Paris.

A lifelong communist and member of the CGT Trade Union, he took part in the the strikes of 1936, which resulted in him being taken prisoner during the Second World War.

The following years saw him travel the world, finding work as a planter in Venezuela and a lumberjack in Canada, before finally returning to his native France.

Despite his age Marchand still feels there’s room for improvement in his performance.

“I didn’t see the sign warning me I had 10 minutes left,” he commented following his ride.