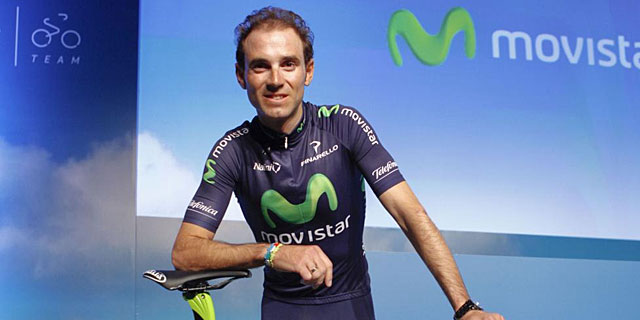 Alejandro Valverde won this year’s La Flèche Wallonne today, with a well-timed attack on the challenging Mur de Huy, to pass Daniel Martin and Michal Kwiatkowski in the final 200 meters to seize the victory.

Today’s win marked the Spanish rider’s second victory in the Ardennes classic, after winning the 2006 race.

How the Race Concluded

Romain Bardet attacked at the foot of the grueling Mur de Huy. However, the French rider couldn’t maintain his impetus, as a group of riders quickly joined him at the front.

At one point, Kwiatkowski appeared to have the right momentum, but Martin proceeded to blaze past him with a sudden burst of acceleration.

However, despite his slight advantage, Martin also slowed on the climb, thus allowing Valverde to make his move in the closing couple of hundred meters to claim the victory.

“They say you have to learn how to race it, this last climb,” said Martin. “Every year I get a little bit better. … This year it was just flat out the whole way up. Alejandro was the strongest today. With 100 meters to go I definitely thought I had it, but he blew past.”

Satisfied with his podium finish in today’s race, Kwiatkowski had this to say:

“I think I little bit surprised myself, you know? Flèche is the race that doesn’t really suit me,” said Kwiatkowski. “I think Amstel and Liège suit me well. I could recover well from Amstel. … I’m really happy with what I did today.”

In the meantime, Bauke Mollema earned himself a best ever finish in a classics race by finishing in fourth, with fellow Dutchman Tom-Jelte Slagter claiming fifth place.

Team Katusha suffered a devastating blow when it’s 2012 champion Joaquim Rodríguez was involved in a crash with Damiano Cunego 3 kilometers from the finish – sidelining the Spanish rider’s chances in this year’s race.

However, as the race reached the 50 kilometer mark, Clarke lost contact with his breakaway companions. And, from there, the remaining duo battled it out until they were both reeled in during the final 10 kilometers.

From there, BMC, Movistar, and Katusha shared in the pace making duties, as all three teams worked hard to move their respective leaders into prime positions as the climb of the Mur de Huy approached.

It was Valverde’s daring attack in the closing 200 meters, that proved to be the winning move in this year’s La Flèche Wallonne.