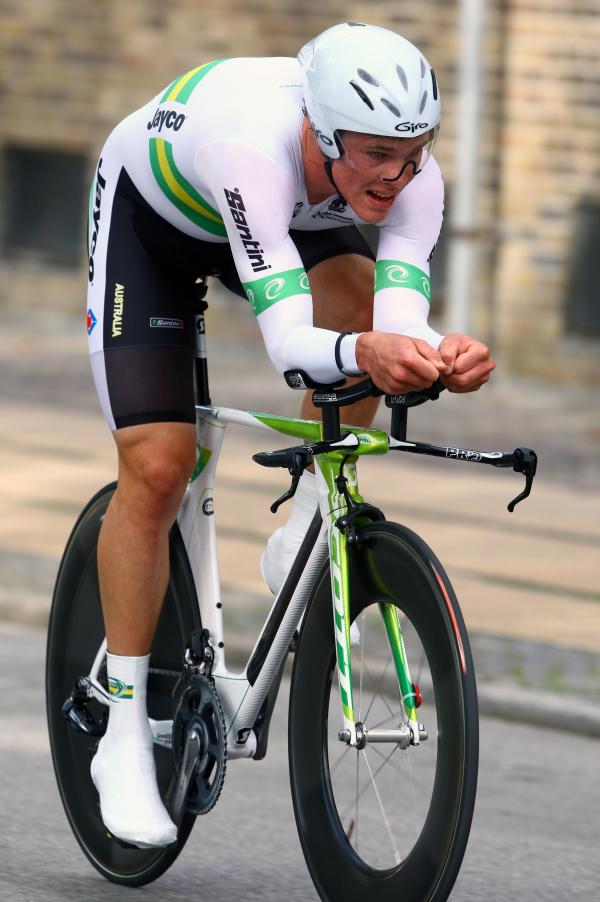 For only the second time in the race’s history, the Tour of Qatar included a time trial as the riders were tested on an 10.9km flat course at the Lusail Motor Circuit.

The first rider in today’s event was Stefano Locatelli. But, it wasn’t until Alessandro De Marchi rode the course – that the first serious time mark was set. However, the Italian rider didn’t get to enjoy the lime-light much, as Hepburn soon decimated his time by a massive 39 seconds.

Gert Steegmans later moved into 2nd place with a time of 13.45, while time trial specialists like Sven Tuft, Manuele Boaro and Patrick Gretsch put in dismal performances. However, Jesse Sergent followed with an impressive time that moved him up into third spot.

A few minutes later, Daniele Bennati set the fastest time at the intermediate check. However, at the finish, he was 6 seconds off of Hepburn’s mark.

At one point, all eyes were focus on Cancellara – who was expected to crush Hepburn’s time.

Indeed, at the intermediate check, the Swiss rider was 9 seconds faster than the Australian, but the former world champion clearly struggled in the second half of the course – crossing the line with a time that barely surpassed Bennati’s.

After Cancellara, the event saw a slew of riders such as Lieuwe Westra, Andrew Fenn, Philippe Gilbert and Tom Boonen put in varying performances that were still well off the mark of Hepburn’s time.

Martin Elmiger would later put in a good performance – earning him 4th position. However, it wasn’t until Lars Booms set a best time at the intermediate check point – that some heat was finally shed on Hepburn. Nevertheless, when the Dutch rider crossed the finish line – he was 0.41 seconds down on the leader.