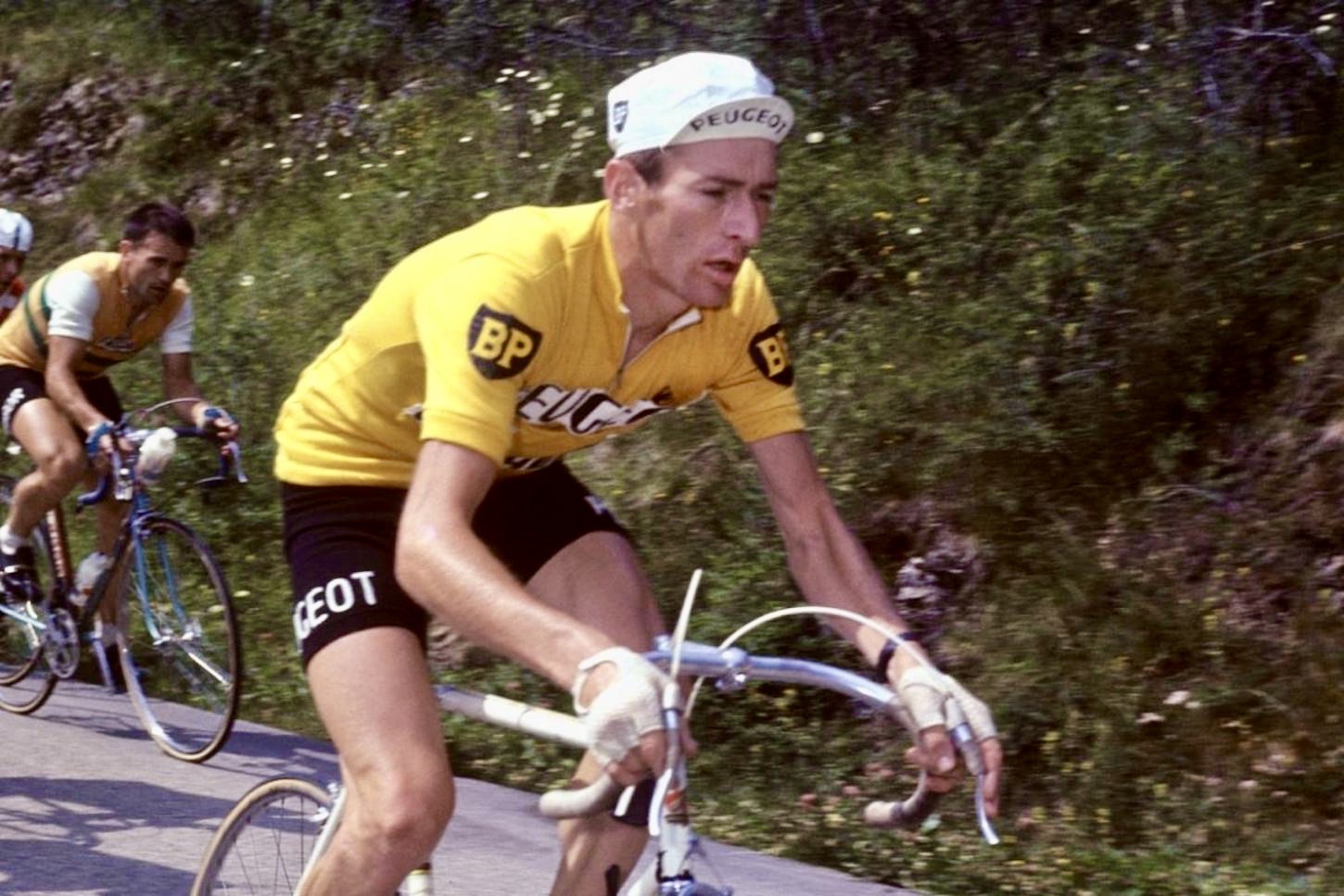 A belated happy birthday to Roger Pingeon who was born on August 28, 1940.

The French rider is best known for winning the 1967 Tour de France ahead of Julio Jimenez of Spain and Franco Balmanion of Italy.

Additionally, Pigeon won the 1969 Vuelta a Espana ahead of Luis Ocana of Spain and Marinus Wagtmans of Holland.

Pingeon grew up near the Jura Mountains, taking up cross-country skiing as a teenager before cycling.

He raced as a professional from 1964 to 1974. After retiring from competition he worked as a consultant for Radio Télévision Suisse between 1979 and 1998.

Pingeon died on 19 March 2017 at his home in the village of Beaupont in the Ain department, about 100 kilometers away from his hometown of Hauteville-Lompnes, after suffering a heart attack.