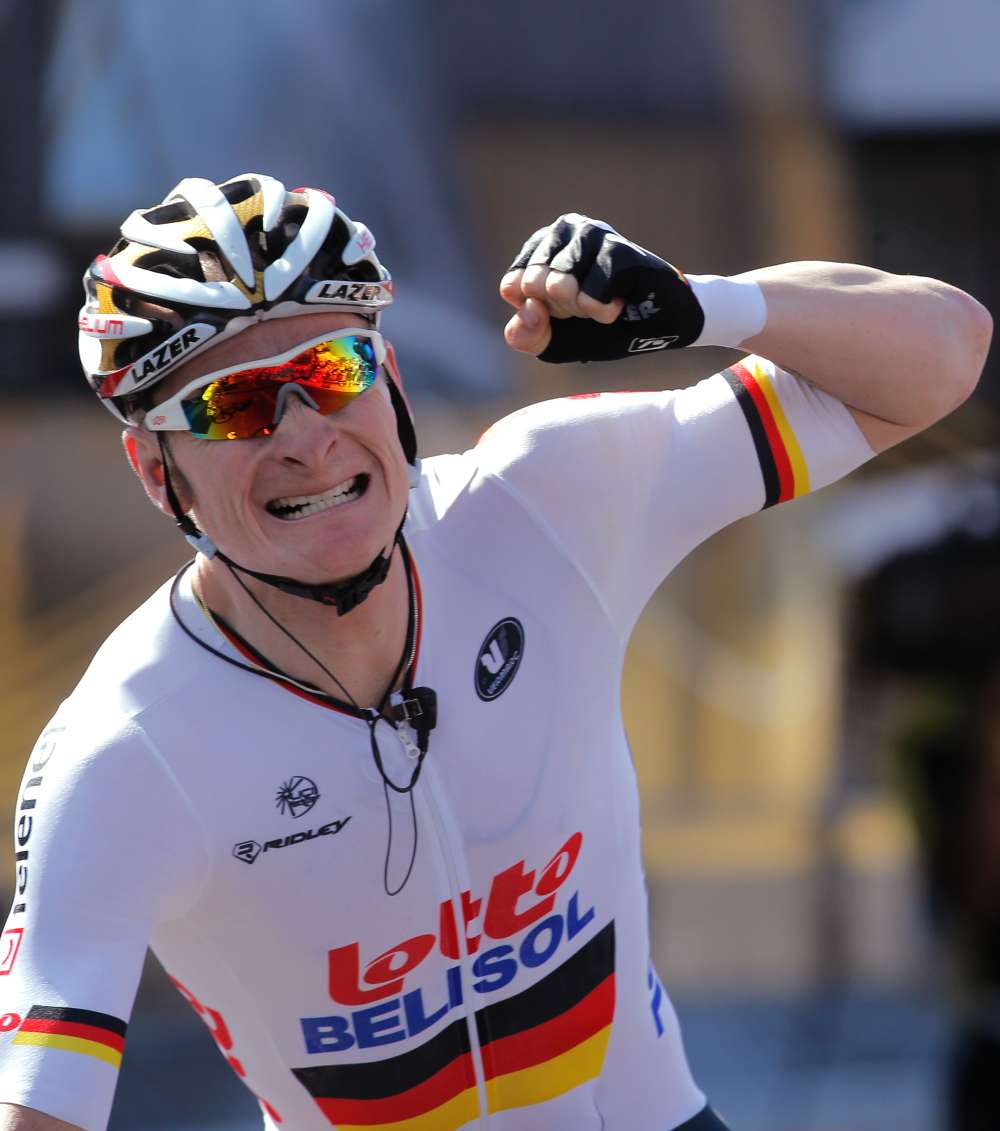 André Greipel put yesterday’s narrow defeat behind him, by beating Aidis Kruopis in a sprint finish in stage 5 of the 2014 Tour of Qatar today.

Meanwhile, yesterday’s winner, Tom Boonen, found himself boxed in and unable to contest the sprint. The Belgian rider crossed the finish in eighth place, behind his teammate Niki Terpstra – who continues the lead the race.

As the race moved into the final lap of the finishing circuit, the four escapees had all but been caught by the peloton – with a slight gap of just 30 seconds still remaining. And, by the 7 kilometer mark, they had been completely reeled in.

With six kilometers remaining, teams began ushering their sprinters to the front. At that point, fracturing began to occur throughout the peloton – with only the strongest riders able to stay at the front.

Greipel was the first to open up the sprint. And, once again, the lead group buckled under the domination of the German powerhouse.