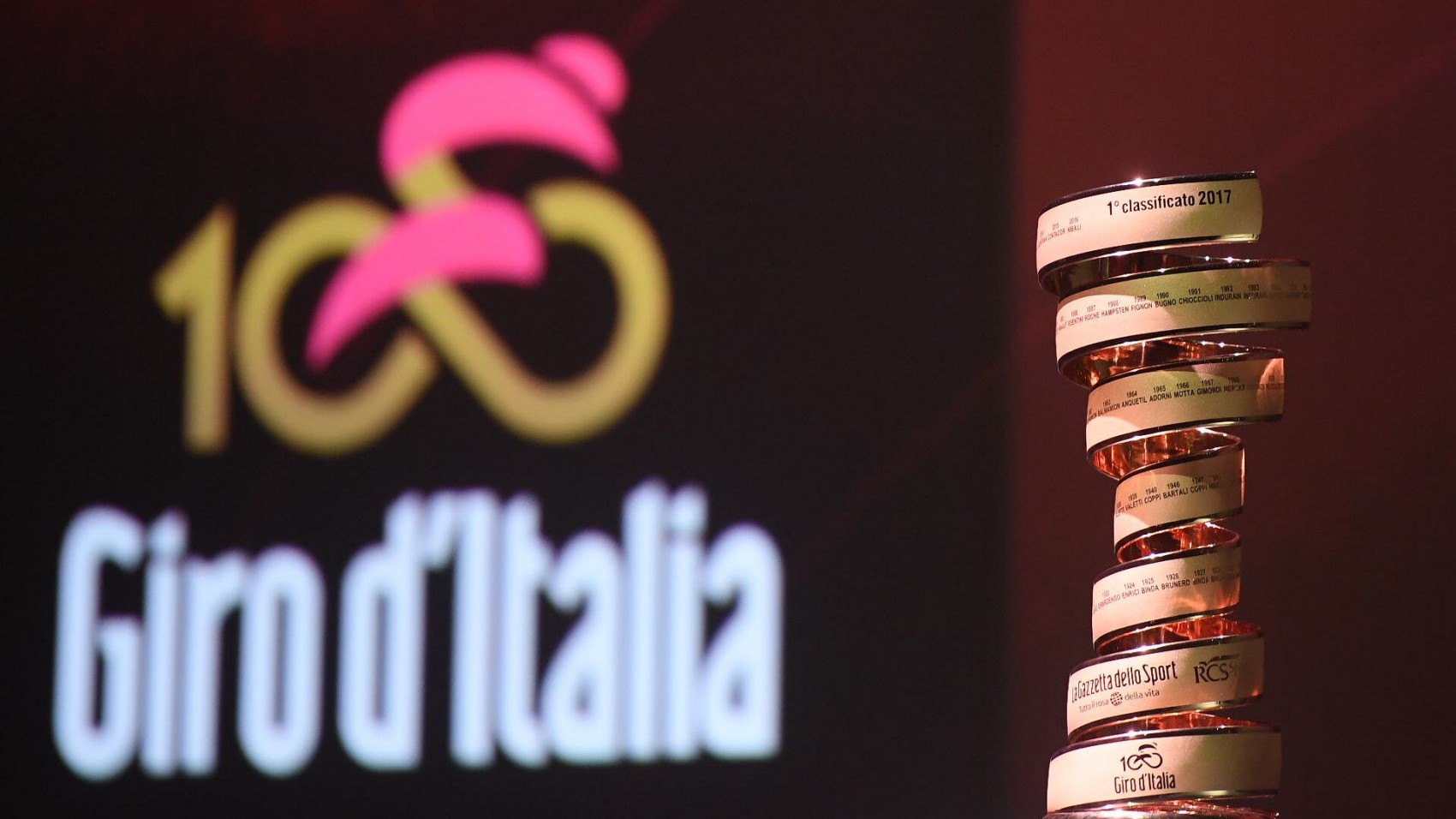 The route of the 100th edition of the Giro d’Italia has been unveiled in Milan, with race organizer RCS Sport celebrating the history and culture of Italy as well as that of the Italian Grand Tour most famous winners.

The three-week, 21-stage race will begin on Friday, May 5, in Alghero, in Sardinia and finish with a flat 28 kilometer time trial to Milan on Sunday, May 28.

In between, the 3,572 kilometer route will include many of the race’s iconic mountain climbs and visit all but four of the 21 Italian regions. As per tradition, the race visits the south first, with several stages for the sprinters, before heading north to the Alps and the then east to Dolomites, and then finishing in the shadow of the spectacular Milan Duomo in the heart of the city.

The official presentation was attended by over a 1,000 guests, including 2016 winner Vincenzo Nibali, who is set to defend his title in 2017.

His expected rival Fabio Aru also attended after his end of season vacation. 20 previous Giro d’Italia winner were also present including Miguel Indurain, Felice Gimondi, Giuseppe Saronni, Francesco Moser and Ivan Basso. Many of their pink jerseys and those of other winners were on display in the entrance to the presentation.

Nibali and Aru were invited on stage during the long presentation to talk about the route.

“People are already getting excited for the race in Sicily, it’s going to be a great event,” Nibali said enthusiastically about the race visiting his home town of Messina. “Etna is a very early stage, but it’s also an important stage. You’ve got to take the Giro day by day, but it’d be great to wear the pink jersey in Messina. But let’s be cautious for now.

“I don’t know the Blockhaus but with two [uphill] finishes in first week, you’ve got to be on form right from the start. There’s a very tough final triptych of mountain stages and the stage over the Stelvio could decide the Giro d’Italia before the two other mountain stages.”

“It’s a very hard Giro but the two time trials give it some balance. It’s similar to ones I’ve won, but I can’t say if I can win again.”

Race Director Mauro Vegni wanted to visit every one of the 21 regions, but logically it is impossible. Around four will be left out. Also, the race will not visit all nine of the original host cities of the first edition, Rome being the obvious miss.

The first week will climax with a 14-kilometer climb to Blockhaus, at 1674 meters. After a rest day, it will restart with a time trial through the Sagrantino zone. It follows time trials in Italy’s other famous wine regions over the last three years: Barolo, Prosecco and the Chianti stage that Primoz Roglic (LottoNL-Jumbo) won in May.

The Giro starts in Ponte a Ema and Castellania, birthplaces of Italian cycling greats Gino Bartali and Fausto Coppi, respectively. The Castellania stage ends with the third summit finish to the Oropa Sanctuary.

Two big ‘tappone’ mark the 2017 ‘Corsa Rosa’ if the leaks are to be believed. After the third rest day in Bergamo, the race heads north to Bormio via the Mortirolo pass and the Stelvio, from both sides.

Instead of finishing at 2,758 meters, RCS Sport spices up the race with a long descent to Bormio ski village that should suit Nibali or Romain Bardet (Ag2r La Mondiale).

The Dolomites to the east host the other big stage or ‘tappone’ on the final Thursday. According to the leak, the stage will climb five passes – the Pordoi, Valparola, Gardena, Pinei, and the final kick to Ortisei.

It appears the organiser then takes it relatively easy on the riders heading towards Milan, with a smaller summit finish to Piancavallo and a rolling Prosecco stage via Monte Grappa to Asiago.

The Giro finished at Milan’s Arena Civica stadium in 1909, when Luigi Ganna won the overall. This time, the time trial will take the riders to the front of the famous Duomo and decide the 100th edition.