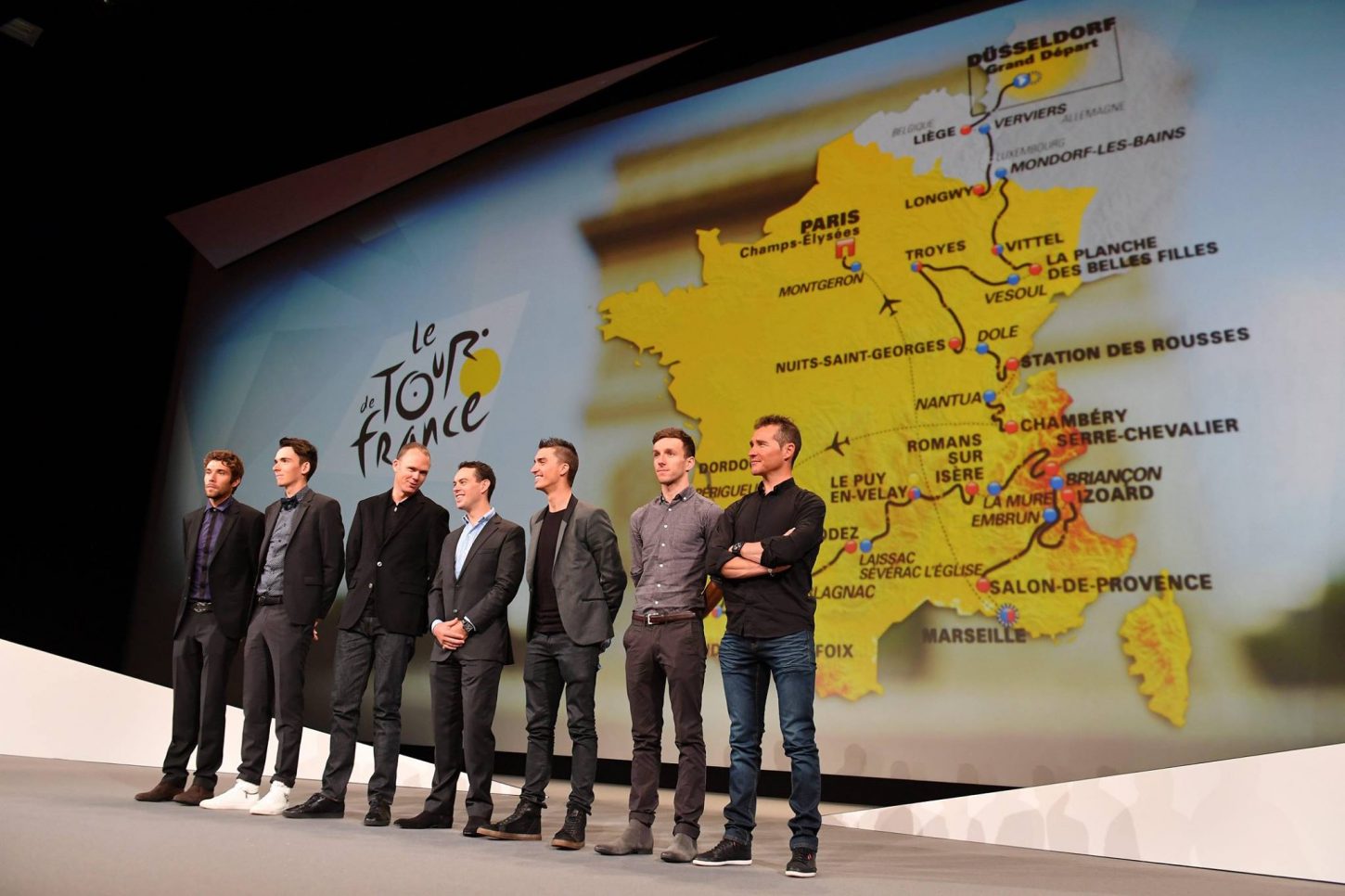 Organizers for the Tour de France, unveiled the details of next year’s French Grand Tour today.

Next year’s race will see the return of Alpe d’Huez and the Paris-Roubaix cobbles for the first time since 2015, along with a mostly flat 65 kilometer stage in the Pyrénées.

As previously announced, the 2018 Tour de France will start on  July 7 with the Grand Départ in the Vendée region in the west of France.

The opening stage of the 105th edition will start in Noirmoutier-en-l’Île and is one of two flat stages to begin the race that will see the sprinters fight for the yellow jersey, before a 35 kilometer team time trial starting and finishing in Cholet on stage three.

The first day in the mountains will come during stage 10, when riders will face the 6 kilometer climb of the Plateau des Glières, which comes at 100 kilometers from the finish and includes a gravel section during the approach.

The race’s 21 stages are divided into two parts, requiring riders to make two transfers, wherein the first nine stages visit the Vendée coast, Brittany and the north of France, with the cobbled stage from Arras to Roubaix coming before a transfer and first rest day at Annecy in the Alps.

However, the route avoids the South of France and the Mediterranean coast, crossing to the Pyrenees via Valence, an uphill finish to Mende, and a second rest day in Carcassonne.

After four stages of suffering in the mountains, the sprinters are given a chance in Pau, with two long stages to Bagneres-du-Luchon and Laruns which are briefly divided by the climb of the Col de Portet.

The stage is only 65 kilometers long, but includes 37km of climbing.

The Tour de France will be decided by a 31 kilometer time trial, which features rolling terrain from Saint-pee-sur-Nivelle to Espelette in the Basque region of France.