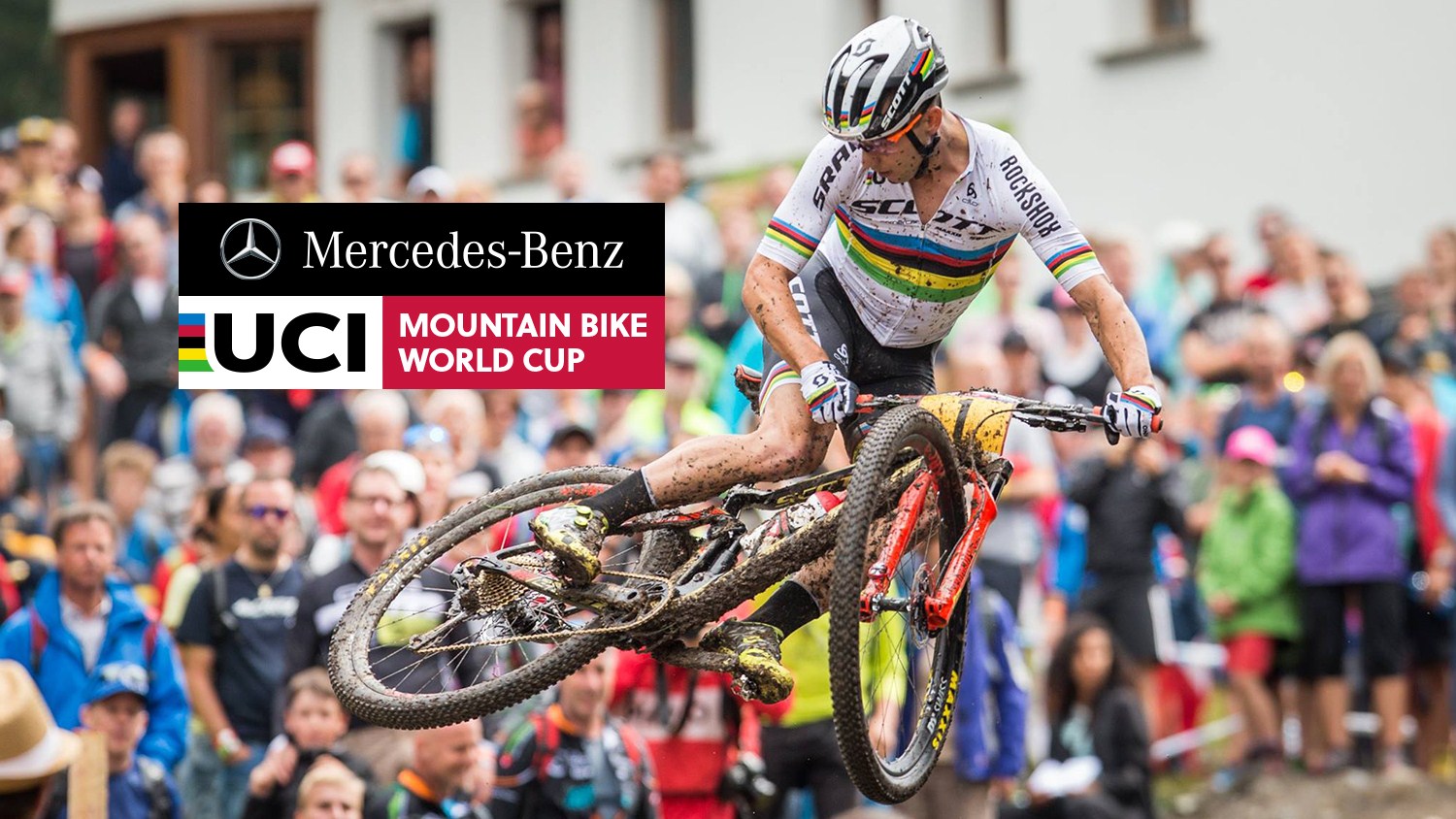 The 28th season of the Mercedes-Benz UCI Mountain Bike World Cup will begin March 10th with the first round of the cross-country Olympic (XCO), in the new location of Stellenbosch, South Africa. Stellenbosch is actually an ‘old-new’ location, having hosted a downhill round of the UCI World Cup back in 1997 and a downhill / dual slalom round in 1998. It is the first World Cup in South Africa since Pietermaritzburg in 2014.

The competition will take place on the slopes of the Coetzenburg mountain in the Western Cape town, situated 50 kilometers from Cape Town.

2017 overall UCI World Cup winner Nino Schurter (SUI) will start 2018 with the Number 1 plate for Elite Men after an unprecedented season that saw him win every single round – something never before accomplished in XCO. He will look to extend his run of victories in Stellenbosch.

The Number 1 plate for Elite Women goes to Yana Belomoina (UKR), who won three rounds in 2017 and finished in the top five at every round.

The 4.4 kilometer course features 180 meters of climbing per lap with two long climbs and descents each lap.

– What you should know about Stellenbosch –

West Cape Region has a long history of mountain biking, with Stellenbosch hosting gravity rounds some 20 years ago, in 1997 and 1998. It is also home to the world-famous Absa Cape Epic mountain bike stage race, who are organising the first round of the 2018 Mercedes-Benz UCI Mountain Bike World Cup at the University of Stellenbosch.

“It has been 20 years since Stellenbosch last hosted a World Cup,” said Glyn Bromberg, the race director. “There is a real desire in the Western Cape for international cycling, and to be able to put on an event of this magnitude is special for us.”

Stéphane Tempier of France finished second overall to Nino Schurter (SUI) in the 2017 UCI Mountain Bike World Cup. Tempier turned 32 just before the start of the 2018 season and races for the Bianchi Countervail team. He finished the 2017 season on a high note, with second place results in the final two rounds of the World Cup. It was his strongest season to date. In 2004 he won the silver medal as a Junior at the UCI World Championships, and was a member of the bronze medal-winning Team Relay squad for France at the 2005 UCI World Championships. He was the French national champion as an Under-23 rider in 2006 and 2007.

Watch the 2018 Mercedes-Benz UCI Mountain Bike World Cup free of charge, live and on demand, at redbull.tv/uci. And get the latest on everything bike-related at the Red Bull Bike Channel: redbull.tv/bike.

Red Bull TV is distributed digitally at www.redbull.tv and as an app across mobile phones, tablets, consoles, OTT devices and Smart TVs.