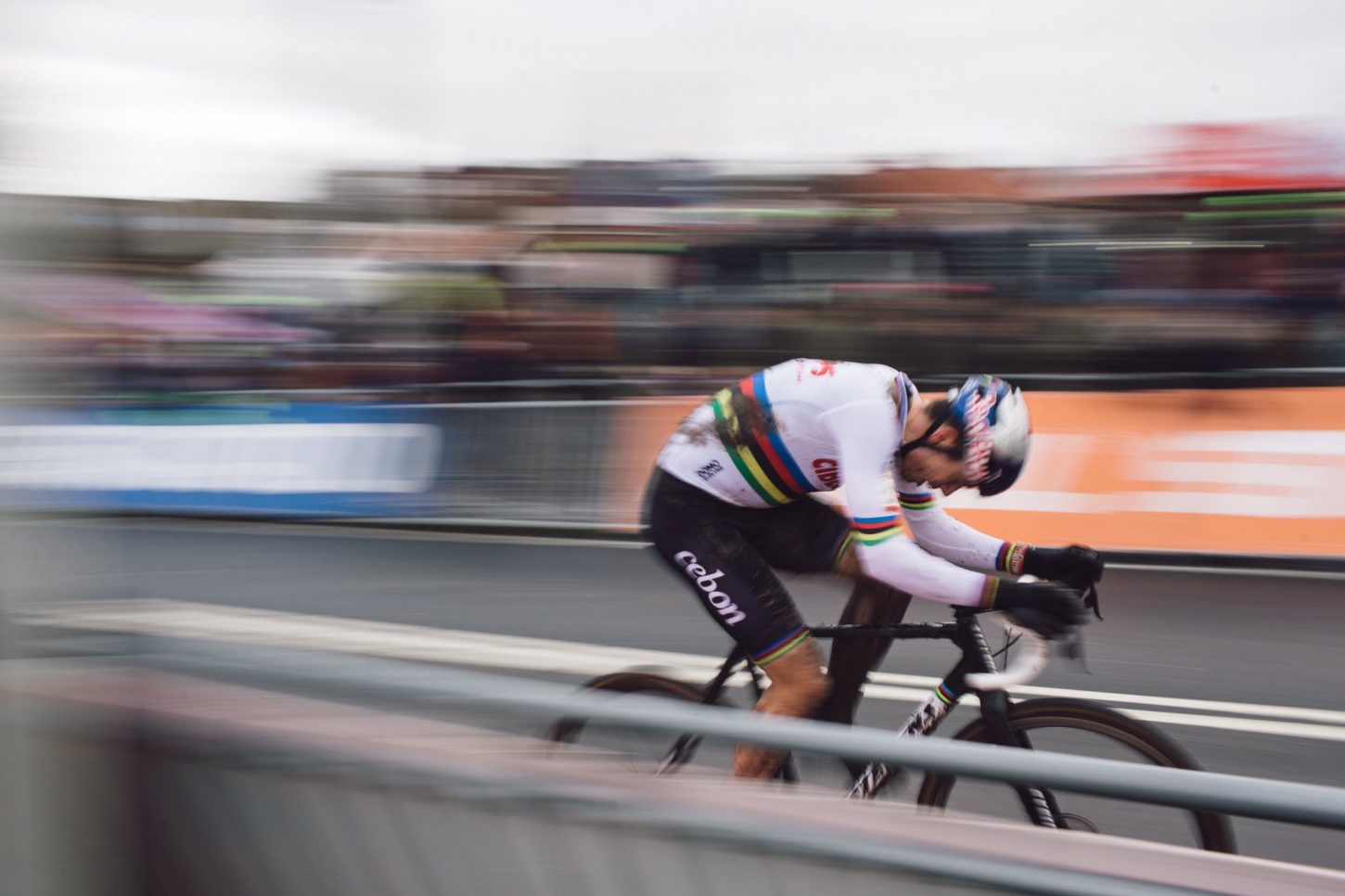 Action and drama all the way to the end! An absolutely thrilling 2019-2020 Telenet UCI-Cyclocross World Cup season has come to an end in Hoogerheide (the Netherlands) after nine events attracting thousands of fans in six countries across two continents. The final battles were held on Sunday 26 January, and crowned winners in five different categories: Women and Men Elite, Women and Men Under 23, and Men Junior. Let’s take a look back at how the 2019-2020 Telenet UCI World Cup heroes made their way to victory.

One of the tightest battles in the history of the UCI Cyclocross World Cup was still to be decided on the final lap of the last event of the season, until Annemarie Worst (777.be) made the most of an eventful finish in Hoogerheide. Her Dutch compatriot Ceylin del Carmen Alvarado (Alpecin-Fenix) was still leading the overall standings and had a second victory of the season in her sights (after Koksijde, in Belgium)… when she slipped to the ground, eventually finishing sixth while Worst took second behind another Dutchwoman, Lucinda Brand (Telenet-Baloise Lions).

Third in the 2018-2019 standings, Worst took three victories this season on her way to the overall triumph (in Bern, Switzerland; Tábor, Czech Republic; and Nommay Pays de Montbéliard, France). Alvarado didn’t race the opening rounds in Iowa City and Waterloo (USA) and then had an impressive string of results with five second places in addition to her victory in Koksijde. The future promises more epic battles.

Consistent performances and bursts of dominance are two efficient paths to glory, as the Dutchman Mathieu van der Poel (Alpecin-Fenix) and the Belgian Toon Aerts (Telenet Baloise Lions) proved in Hoogerheide. Participating in his fifth UCI World Cup event this season, as he balances his schedule with ambitions across different disciplines, Van der Poel powered to his fifth victory, cementing his status of hot favorite for next week’s UCI Cyclocross World Championships.

Aerts was second on the day, his seventh podium finish of the season, to take the overall victory for the second year in a row. His Belgian compatriot Eli Iserbyt (Pauwels Sauzen-Bingoal) dominated the other four events of the season but it wasn’t enough to overhaul Aerts. He’ll be determined to move up one more rank in the standings next season.

Women Under 23: more than a consolation prize for Alvarado

Alvarado, who made an impressive display among her elders, dominated the Women Under 23 rankings for the second year in a row. After missing the opening American races, she was consistently the best performer from her category and put almost 100 points between her and the runner-up, her Dutch compatriot Inge van der Heijden (CCC-Liv). Manon Bakker (Experza Pro CX), fourth overall, and Shirin van Anrooij ,fifth, add to the Dutch talents on the rise.

Great Britain’s Anna Kay (Experza Pro CX) was the other Under 23 rider able to make her way to a UCI Elite World Cup podium this season, finishing third in Bern. She was consistently inside the top 20, resisting the Oranje assault.

Ryan Kamp (the Netherlands) started strongly (second in Bern) and finished even better (winner in Nommay Pays de Montbéliard and Hoogerheide) but it wasn’t enough to overhaul Kevin Kuhn. The young Swiss talent suffered a mechanical incident in the final race of the season but still came out on top of the overall standings.

Kuhn had a breakthrough season in the lead up to the 2020 UCI Cyclo-cross World Championships, to be held in Dübendorf (Switzerland) next weekend: three victories (Bern, Namur, and Heusden-Zolder) and two second places (Tábor and Nommay Pays de Montbéliard). Great Britain’s Thomas Mein (winner in Tábor) and Belgium’s Niels Vandeputte (winner in Koksijde) claimed the two other World Cup victories of the season.

Men Junior: the 100% record slips away from Nys

Thibau Nys already had the overall victory well secured before heading to the Netherlands:  the young Belgian champion has already proved to be one of the most dominant riders at this level since the Men Junior category was introduced to the UCI Cyclocross World Cup in the 2004-2005 season. Sven Nys’ son had already won the first six rounds of the 2019-2020 series but a crash on the Hoogerheide circuit eventually impaired his 100% record.

Nys fought back to third but couldn’t stop Dario Lillo (Switzerland) from taking his first UCI World Cup win after two second places in Namur and Heusden-Zolder. Lillo also finished second in the overall standings ahead of Belgium’s Lennert Belmans.

The stars of the winter fought fiercely during the 2019-2020 Telenet UCI Cyclocross World Cup – but their battling isn’t over yet. They are now heading to Switzerland, where they’ll chase the iconic rainbow jersey at the 2020 UCI Cyclocross World Championships in Dübendorf (February 1-2). Gear up for more thrilling action in the mud!