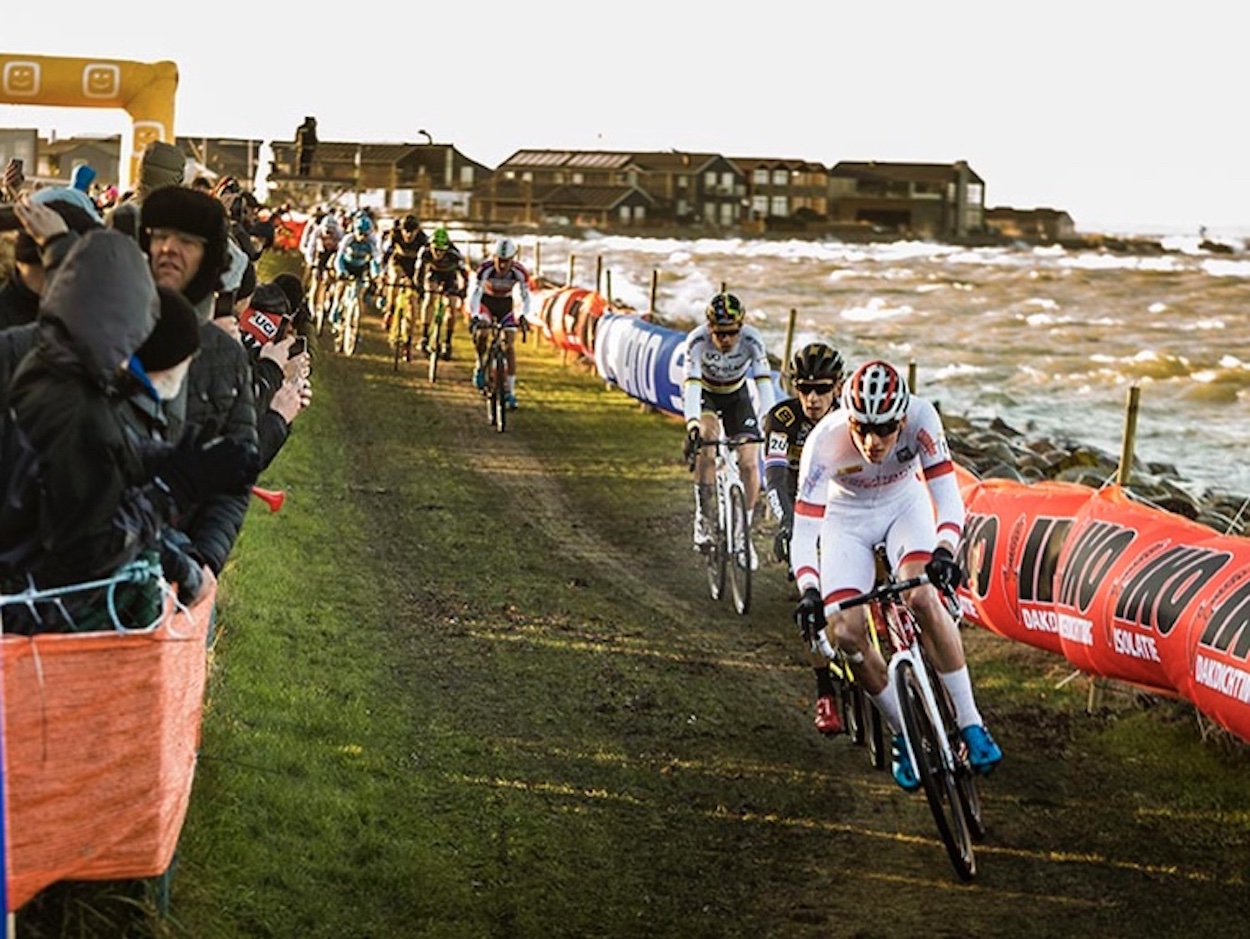 The countdown is on to the 2019 UCI Cyclocross World Championships and the people in the host town Bogense is already geared up for the event.

On February 2-3, the market town on the Danish island of Fyn will welcome 250 of the world’s best cyclo-cross athletes as they compete for one of the five titles of UCI World Champion at stake. Fyn was awarded the Bike City Label in September 2017, and continues its promotion of cycling at all levels as the island prepares for the upcoming UCI World Championships.

A range of pre-Championships activities are creating awareness of this major international event, promoting cycling to the local population, and demonstrating that it is possible to have fun on the bike in winter.

School children are a major focus of the awareness and participation campaign, and youngsters aged from two to 15 will have the chance to participate in a Kids’ Race the day before the UCI Cyclocross World Championships.

Many of the Kids’ Race participants have already gained considerable cycling skills as members of the region’s Cycle School and Schoolyard Cycling initiatives.  Over the past four years, 12,000 school children have participated in Cycle School, a fun initiative at the local cycling arena where they learn to ride safely by working on technical skills and overcoming different challenges. These budding cyclists are following in the footsteps of some of cycling’s great names: Cycle School is run by one of Fyn’s high-profile club Cycling Odense, which has produced names such as Lasse Norman Hansen, Alex Rasmussen and Rasmus Lund.

An off-shoot of Cycle School is the schools program, Schoolyard Cycling. Some 3000 children have already benefitted from this initiative, which in recent weeks has focused on the fun and challenging aspects of cyclo-cross. They can now train on a cyclocross course recently opened near the cycling arena, and free training sessions are being organized at this venue in parallel with the UCI Cyclocross World Championships.

The island of Fyn also hosted the 2019 Danish Cyclocross Championships, which were held in Odense on January 13th. Fans and enthusiasts were able to test their skills on the course prior to the main races, and hear from retired Danish cyclist Henrik Djernis, 12-time national cyclo-cross champion and three-time UCI World Champion in the mountain bike discipline. Djernis will have more anecdotes and stories to relate during a similar session in Bogense, scheduled two weeks before the UCI World Championships.

The 2019 UCI Cyclocross World Championships and related activities are part of Fyn’s long-term commitment to cycling at all levels. Already hosts to a round of the Telenet UCI Cyclocross World Cup in 2017, this UCI Bike Region is also dedicated to improving the lot of the every-day cyclist. In addition, Fyn aims to attract more cycling tourists thanks to the Bike Island 2020 cycling tourism strategy. As part of this strategy, Bogense will establish at least two Bike Stations to offer tourists a place to take a break, repair their bikes and obtain information about cycle routes around the island, which boasts 12000km of cycle paths along coastal routes and countryside lanes.