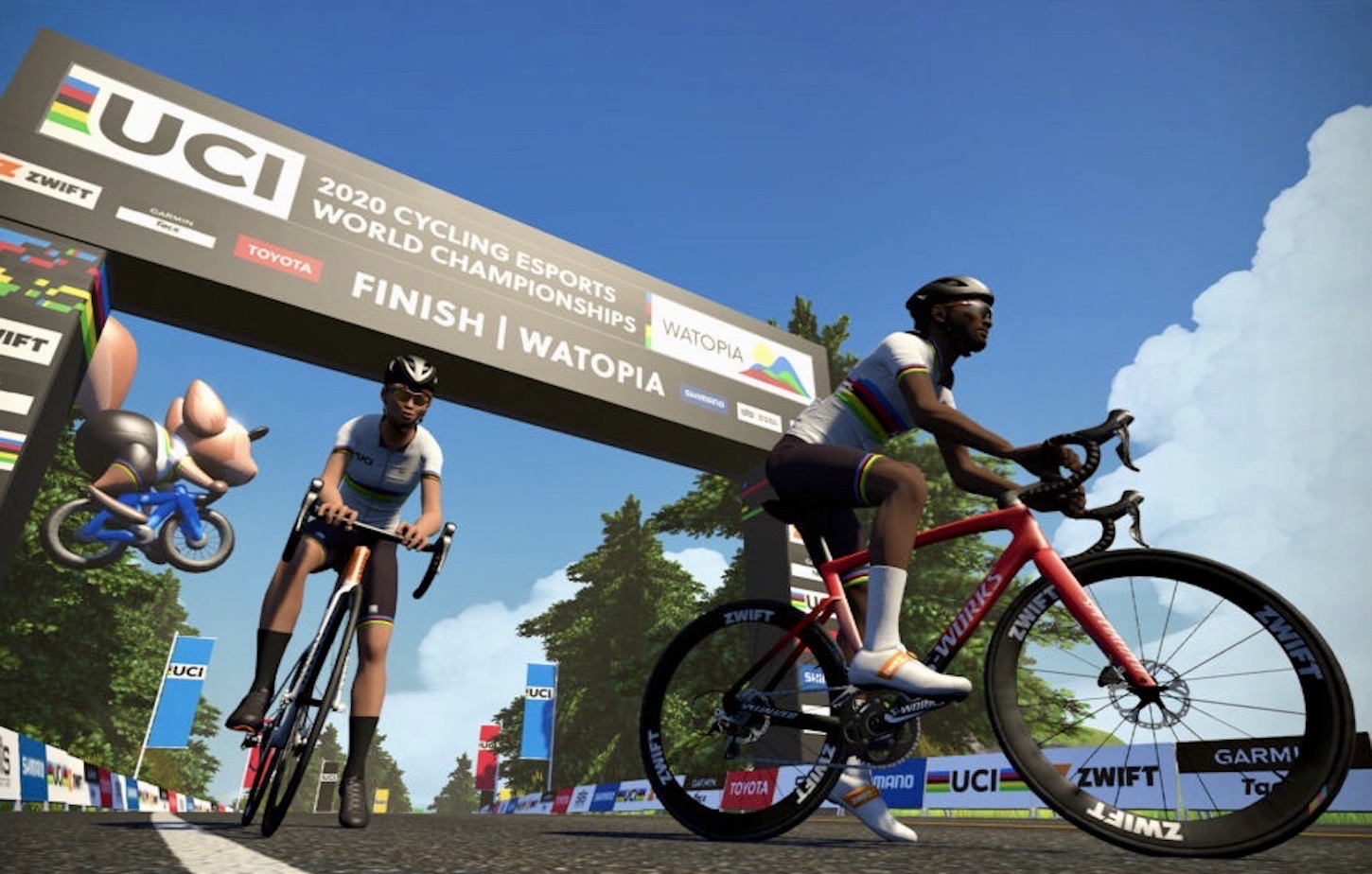 Gone are the days when cycling indoors was merely a lonely, monotonous, hard slog.

Thanks to new technology including smart trainers and state-of-the-art software, cyclists can measure up against on-line rivals from around the world in dynamic, motivating – but still hard – training sessions and competitions.

Just two weeks away from the first-ever UCI Cycling Esports World Championships, we take a look at the ins and outs of this exciting new development for cycling.

Growing in popularity for some time, cycling esports has undergone a major boom in 2020.  Athletes confined to their homes during the coronavirus pandemic increased their use of indoor training options this year, and many Elite riders competed in virtual races set up by major race organisers: not least the virtual Tour de France and the virtual Tour de Suisse (Digital Swiss 5). On World Bicycle Day this year, the UCI and its partner Zwift organised four virtual pro-led rides on the Zwift indoor training platform, open to everyone with a connected home trainer and access to the Zwift software.

Now some of the world’s top athletes from both road and other disciplines, as well as stars of the Cycling Esports community, are gearing up for battle in the first UCI Cycling Esports World Championships. The event on 9 December – including a Women Elite and Men Elite race over the same course – is organized by the UCI in collaboration with Zwift

Tackling the 50km route with 483m of elevation and using the same Tacx NEO 2T smart trainer and accessories, participants in this unprecedented UCI World Championships will connect simultaneously from their homes or training centres in more than 20 countries and all five continents. They will be easily identifiable thanks to their virtual national jersey, while those benefitting from a wildcard will wear either their national jersey or a special wildcard jersey.

As there is currently no established nations ranking system for cycling esports, nations were awarded quotas according to different criteria, including the numbers of their riders in the UCI registered testing pool, the number of elite cyclists already using the Zwift platform and the number of elite athletes with experience in esports cycling competitions.

Like road cycling, Cycling Esports requires physical prowess, strength, speed and good tactical sense… but it doesn’t stop there. The Zwift platform includes randomly-awarded performance boosters, called power-ups, and two of these will be available during the UCI Worlds: Aero, which makes the rider more aerodynamic for 15 seconds and Lightweight, where the rider can shed 10% of their weight for 15 seconds. All riders in each race will receive the same number of powerups, but will not know which of the two (Aero or Lightweight) will be awarded (there will be a 50/50 chance between the two).

This sort of animation, coupled with the sheer physical performance of the riders, makes Cycling Esports an exciting spectator sport. Live broadcast of the UCI Cycling Esports World Championships will be available worldwide, with details of where to watch coming shortly. The broadcast will combine footage of the riders’ avatars competing virtually, and in-real-life (IRL) footage of the athletes in person via laptops/webcams etc set up in their individual race headquarters.

Fans can expect gripping and entertaining footage as well as pre-race and post-race interviews. Spectators will also witness the awarding of the UCI World Champion’s jersey to the avatar of the winning riders.

In the run-up to this event, participants have had the chance to recce the Worlds course, enabling them to test their hardware setup and work out race tactics. They have received their race equipment and are tapering for the big day with the aim of claiming the first-ever UCI Cycling Esports World Champion’s jersey – both a physical and virtual version – which they will have the right to wear the following year at all UCI-sanctioned online races.

The promotion and development of Cycling Esports is an important element in the UCI’s Agenda 2022, and UCI President David Lappartient, who also heads the International Olympic Committee (IOC) Esports and Gaming Liaison Group, welcomes the new UCI World Championships: “Virtual races were hugely popular during the period that competitions ceased, and I truly believe in the potential of esports to help grow participation in our sport. This is a historic moment.”