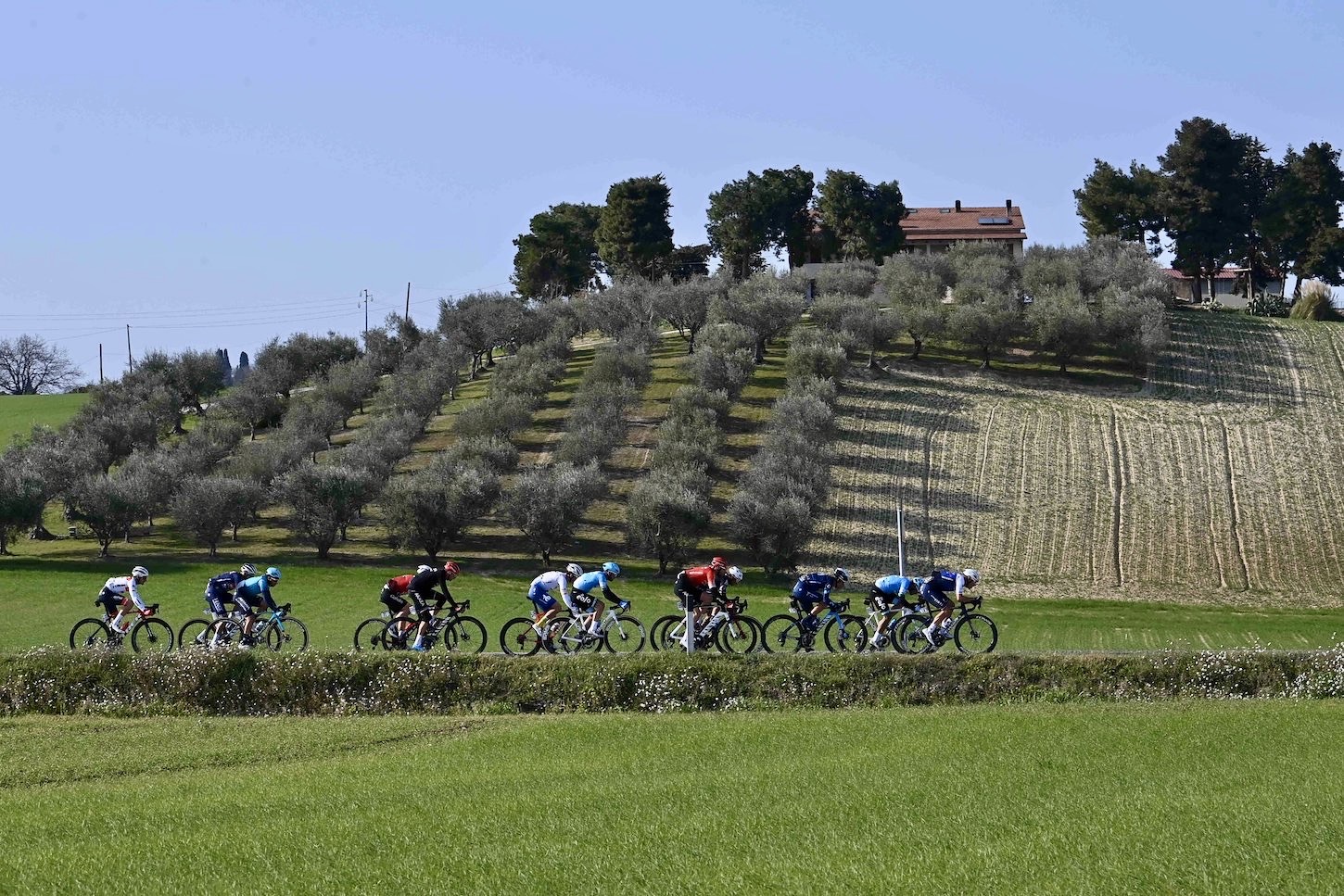 Warren Barguil (Arkea-Samsic) soloed to victory in stage 5 of the Tirreno-Adriatico today, after the French rider attacked his fellow escapees  during the final 10 kilometers to claim the day’s honors in Fermo.

Evenepoel decided to go on the attack at the summit of the penultimate climb, subsequently missing a right-hand bend that led the trio off course with 6 kilometers to go. Pogacar and Vingegaard were quick to correct the error, but Evenepoel found himself desperately trying to make up lost ground.

Back up front, the door opened for Barguil to power away from the group of leaders along the final climb that featured gradients upwards of 21%, later building up a 25 second gap that served to keep any would-be challengers away.

The opening 50 kilometers of the race featured a frenetic pace, with plenty of attacks and counter-attacks in the peloton.

With 10 kilometers to go, Barguil attacked on the climb of the Madona d’Ete.

Despite having opened up an advantage over his former breakaway companions, Barguil was still facing another challenging climb, which the Arkea-Samsic rider traversed with ease, later reaching the Piazza del Popolo to seize the victory in solo fashion.