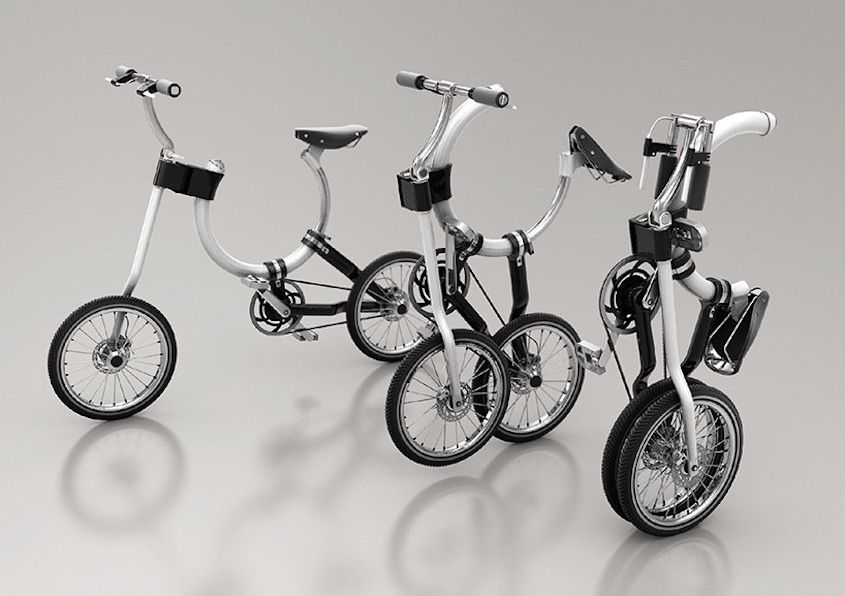 08 Feb 2016
By Gianni Pericolo - In LATEST ARTICLES, THE DOUBLE DIAMOND

As major cities and metropolitan areas proceed to give rise to urban cycling, commuter bikes continue to proliferate the market, both in terms of efficiency, as well as sophistication.

A recent addition to that growing list, is the Somerset folding bicycle by design Kaiser Chang.

The Somerset features an oval-shaped tube frame that acts as a slide rail, adapting the front fork to slide down to transform it into a useful cart for quick transporting needs.

As a result, the Somerset lends itself to ease of portability, allowing cyclists integrate mass transit systems along with their commute.

In addition, the Somerset’s folding bag can double as both a storage area to house an electric motor, or simply serve as a convenient place to stow articles.

The Somerset appears to underscore both of those virtues.