"Fatigue, Pacing Strategy and the Limits to Performance" 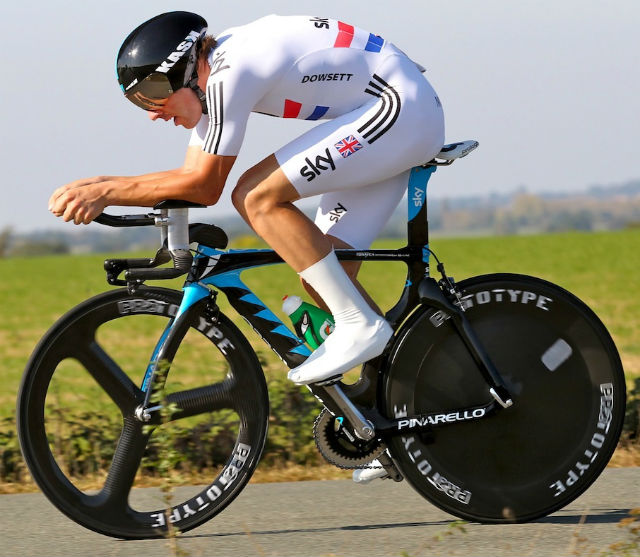 Fatigue, pacing strategy and the limits to

The 2nd World Congress of Cycling Science took place on the 2nd & 3rd July (2014) in Leeds. Over the next few weeks I wanted to touch on some of the keynote presentations from the event and possibly expand on the provided abstracts.

Ross Tucker (University of Cape Town, South Africa) presented on the topic above, and as per the abstract, defined pacing strategies as the allocation of physiological resources during self-paced exercise. Data to support this was first systematically collected byFoster et al 1993 in their study to demonstrate the effect of differences in pacing strategy on the outcome of middle distance (2-4 min duration) events. For cycling, pacing strategy could then be “thought of as a budgeting decision, by means of which an exercising athlete makes decisions about how best to ‘spend’ physiological capital while accomulating the ‘costs’ of the exercise exertions”.

New studies and inevitably approaches to pacing strategies are constantly coming to the forth in competitive cycling. Sundstrom et al (2013) even highlighted the wide-spread use of power-meters in the present competitive road cycling and suggested it could be an incentive for optimizing the distribution of power output through a pacing strategy. The 2013 paper went on to detail how a course profile had a great effect on this strategy and the potential for improvement was substantial at the highest level of competition.

Optimal pacing strategy for cycling is influenced by exercise modality and duration. There is a huge role for a cyclist’s sense of effort on their self-selected power output. Christian et al (2014) concluded that ‘constant-effort and brief progressive, sub-maximal and maximal bouts of mechanical work is regulated in parallel to the sense of effort, independently from peripheral sensations of discomfort’. This is in line with other works in sports science into exercise and pain, some of which we mentioned in ‘Breaking pain barrier through micro-goal setting‘.

Similarly further studies include Calbet (2006) which excellently summarized ‘the rate of fatigue accumulation as a sensed variable’.

Tucker & Noakes (2009) (Tucker, the speaker at the conference) gave a critical review of the evidence pointing to a complex physiological system which is responsible for pacing strategy and an athlete’s alterations in exercise intensity. It is suggested that these alterations are possibly through varied activation of skeletal muscle motor units. Therefore, as the Cycling Science Congress would have heard, performance is regulated and limited by various conditions including, but not limited to: accumulation and storage of heat (our article on ‘No more ice baths‘ describes that sport science is now firmly recognizing that raising muscle temperature causes signalling pathways to become inactive), expenditure of energy reserves, accumulation of metabolites and its feedback on the system, cerebral oxygen delivery (Billaut et al showed that cerebral de oxygenation remains within a range that does not hinder strenuous exercise), motivation and anticipation of exercise duration (there is a fascinating blog on exercise-associated collapse which they believe is not necessarily associated with dehydration or heat but with pacing strategy and physiological factors – blog is appropriately called ‘The passing of the summits‘) mental performance and reward (cost-benefit).

The underlying mechanisms for fatigue (and thus the limits of human performance), and inevitably the regulation of pacing strategy, are thus “complex phenomena that include both central (neural), peripheral and psychological factors”. For pacing strategy decisions to be made a cyclist must anchor it against the reference of a distance endpoint which invariably has an effect on their ability to regulate effective motor command. Tucker & Noakes (2009) have therefore concluded that the optimal pacing strategy for a short duration is all-out, whilst the ‘longer durations are characterized by even or negative splits, and an endspurt which reveals the presence of a motor unit reserve”.

Finally it must be noted that in order to further improve pacing performance above athletic ability it has been proven there is a strong role for sports nutritions. For example Santos RA et al investigated the effects of caffeine ingestion on pacing strategy and energy expenditure during a 4000-m cycling time-trial (TT). The tests were applied in a double-blind, randomized design and when you compared a group ingesting capsules of cellulose (PLA) to caffeine (CAF) there was an increased mean power output and reduced the total time. Interestingly it appeared that anaerobic contribution during the 2200-, 2400-, and 2600-m intervals was significantly greater in CAF than in PLA. However there was no difference for integrated electromyography, blood lactate concentration, heart rate, and ratings of perceived exertion between the groups. Therefore these results suggest that caffeine increases the anaerobic contribution in the middle of the time trial, resulting in enhanced overall performance.