"The Ideal Warm-Up" by RST Sport 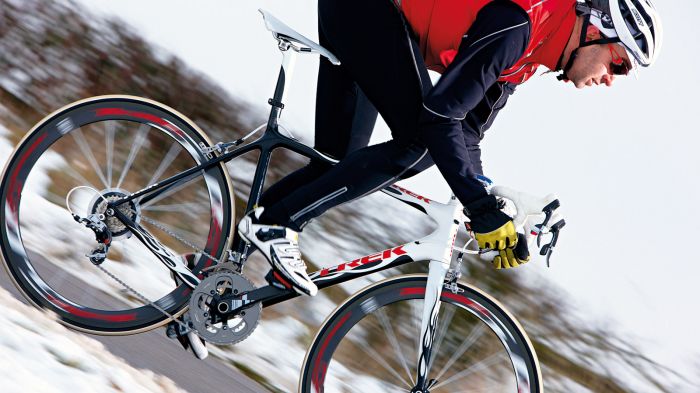 How should you warm up before you race? That depends, says Ric Stern, senior coach at cycling coaching company – RST Sport.

“While it’s possible to go for a ride without warming up, for a race or fast-starting "sportive",
it’s essential, and should be part physiological, part psychological and part ‘engineering’,” he says.

“The shorter and faster the race, the longer the warm-up, and more intense the ‘heavy’ efforts. Longer events might not need a warm-up unless they start fast, like a road race, which needs an intense warm-up.”

“A warm-up can help you prepare mentally for the job ahead and where you do it can help. For example, for a crit do at least part of the warm-up on the circuit,” Stern explains.

“This will help you learn lines, speeds and braking points. For a road race, warm up on the circuit with the warm-up routine below if possible. For a TT, it’s often best to isolate yourself by warming up on a turbo trainer using the warm-up below while listening to music.”

“It’s vital to leave some time to making sure your bike is working correctly,” says Stern.

“Check the brakes, wheels, quick-release levers and gears. Also check you have the right drink, food and bottles, plus for sportives, a pump, tubes and patch kit.”

Founder, Performance Director, Senior Coach
Ric founded RST in 1998, and has been creating champions ever since. Following the completion of his degree in Sports Science, where he obtained a first class BSc (Hons) degree from the University of Brighton, Ric Saw a need for science based coaching solutions. Richard is a certified Association of British Cycling Coaches Level 3 cycle coach. Richard has authored research work, had articles published in specialist cycling magazines, newspapers, and web articles.

Under his guidance, riders have achieved numerous national championship wins, moved from amateur to professional ranks and have found in Ric a steady hand guiding their journey as elite cyclists. With a solid background in science and a commitment to evidence based methods, Ric delivers successful programs to his clients’ year on year.

In addition he has develop RST into Europe’s leading provider of coaching to cyclists, and now oversees the new direction of RST towards becoming Europe’s leading source of performance expertise for athletes in many sports. Ric continues to race when time allows, and has been competing since 1984. He has competed in a wide spectrum of cycling events from club time trials, national championships, hill climbs, 12 hour TTs, criteriums, and stage races. Richard rode the 1990 Route de Tour and in 1991 and 1995 completed an ambition of racing abroad.