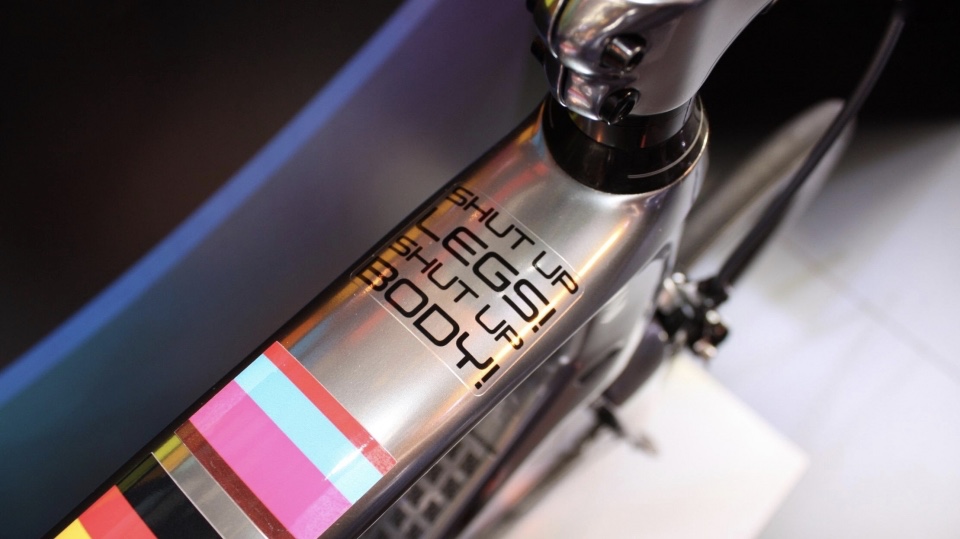 Long, sunny days and leftover vacation time make summer the best for reading, riding, and reading about riding. Here are some of our favorite page-turners for when we’re not out riding bikes—but still really want to obsess about bikes.

Ride: A Memoir to My Father, Craig L. Fry

While saddle sores and road rash often serve as badges of honor and tokens of distinction which mark one’s legacy on the bike, cycling can be defined as more than just strength and determination to win a race.

Indeed, many feel that cycling can be as much a spiritual journey as it is a physical one – and the bike its instrument of healing.

Here, author Craig L. Fry tells us in his new novel, Ride: A Memoir to My Father, how he came to terms with the sudden death of his father by turning to his bike and riding in search of solace.

Full Tilt: Ireland to India with a Bicycle, Dervla Murphy

A cycle touring classic, the best kind of adventure story and a clarion call to “travel for travel’s sake”. I read it in the late 1990s, working in London: six months later, I bought a bespoke steel bicycle, abandoned my career and set off to pedal around the world. Reading it, I realised that you don’t need a wealth of knowledge and experience to embark on a journey like this. If you have a flair for getting on with people, then you’re ready to leave now. Murphy’s writing is uplifting, like riding through dawn on a summer’s day.

For much of the 20th century, the history of the bicycle was muddied by the proprietary claims and myths of competing industrial nations: Germany, France, England, Italy, the US and even Scotland all asserted they had invented the machine. Herlihy brings academic rigour and clarity to the development of the steel horse. It is a fantastic tale – of ingenuity, eccentric inventors, technological impasses, lost fortunes and luck, which culminates in the first modern bicycle. The prose can be a little dry but the illustrations are excellent.

For a creative look at the Tours of France, Italy, and Spain, pick up a copy of Richard Mitchelson’s Grand Tour. One of cycling’s most talented illustrators, Mitchelson and his imagination will take you on a nuanced trip through the history and character of each of the sport’s three-week Grand Tour stage races. And don’t worry—artisitc skills are not required as Mitchelson has done all the pace-setting already. By the end you’ll be a true cycling aficionado.

The Escape Artist: Life from the Saddle, Matt Seaton

An autobiographical tale about one man’s obsession with amateur bike-racing: fine-tuning the machine, shaving the legs, the physical and emotional fellowship of riding with friends, the early-morning training rides, the etiquette of the peloton and the suffering are all here. So far, so familiar. The real suffering, however, emerges in the second, interwoven tale – of the death of Seaton’s wife, the journalist Ruth Picardie, from breast cancer, aged 33, two years after the birth of their twins. Somehow Seaton avoids being mawkish. It’s an elegantly written, heartbreaking story about growing up.

There are several good books – by the likes of Matt Rendell, David Millar and David Walsh – that investigate drugs in professional bike racing, but Kimmage’s visceral polemic was the first to reveal that doping was far more widespread than claimed. I read it spellbound. Of course, much worse was to befall the sport and the organisation that governs it in succeeding years, but Kimmage, an Irish ex-pro cyclist turned journalist, bravely broke the law of omerta in the peloton: he spoke out about the dark heart of European bike racing for the first time.

If you ever cracked a smile watching Jens Voigt being interviewed, this book is for you. Shut Up, Legs!—named for one of his legendary sayings—is Voigt’s memoir of a remarkable pro cycling career that saw the amiable German become a superstar of the sport based as much on his ready smile and willingness to talk to fans and the press as his results on the bike. It’s a fairly traditional autobiography in some senses, but Voigt takes readers from his youth attending a sports school in then-East Germany to the top of the sport, and all the amazing and awful moments in between.

It’s All About the Bike, Robert Penn

When writer Robert Penn got up the nerve to invest in a custom dream bike, he decided that to fully appreciate the machine, he needed to be present for its entire creation—which proved to be no small feat. Penn recollects the journey inIt’s All about the Bike, which pulls double duty as a progress log and an exploration of bike design as a concept. Thorough research, spirited and melodic language, and deft use of personal experience to contextualize insight into bicycle anatomy makes It’s All about the Bike a hell of a read. It’s obscure enough to entertain and educate cycling diehards, while accessible enough to inspire the uninitiated and encourage new riders. For anyone seeking out a madcap crash course in cycling design and its history, this book is hard to beat.

Pro Cycling on $10 a Day by Phil Gaimon

For anyone who’s ever dreamed about having the glamorous life of a pro cyclist, Phil Gaimon’s Pro Cycling on $10 a Day serves up some realistic—and hilarious—truths. From the uncertain process of finding a team, to dealing with performance setbacks and achievements, to the crazy stuff riders see while traveling, Gaimon provides an engaging portrait of life on the road as a domestic pro. The best part: Even through the toughest moments of his cycling career, Gaimon’s dedication to and love for his sport shines through—which is something any rider can relate to, pro or not.