Alec Baldwin Arrested: Riding a Bike in the Wrong Direction 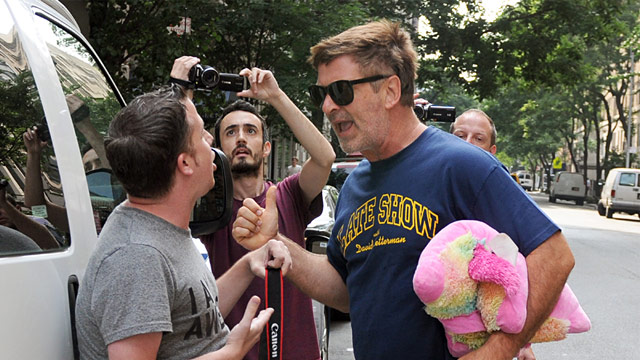 According to news reports, actor Alec Baldwin was arrested this morning by the New York City Police,  after he was found to have been riding his bicycle the wrong way on a city street. Baldwin subsequently became belligerent toward the New York City officers who then decided to arrest him.

When Baldwin was asked to show identification, he apparently didn’t have any on him. During the incident, witnesses say that the actor – who has a reputation for having a volatile temper – left no doubt in the minds of  onlookers as to his volatility.  As a result, he was taken into custody and brought to the police station in handcuffs.

Baldwin has since been released. However, the actor was given a summons for riding a bike the wrong way.  In addition, he was cited for disorderly conduct, according to a news  report.