Alex Gibney Speaks About His Documentary 'The Armstrong Lie' 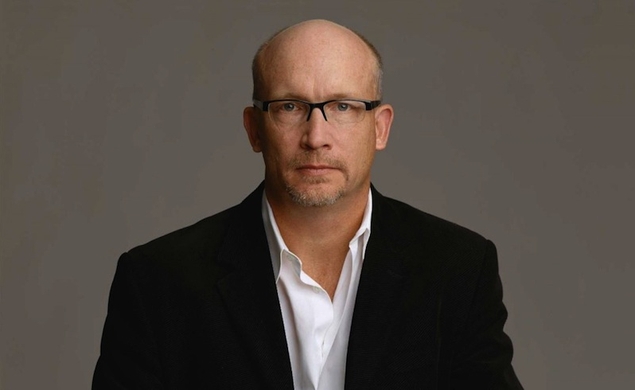 Filmmaker Alex Gibney was not alone in being duped by Lance Armstrong and his strident denials that he had doped and cheated his way to cycling’s biggest prizes over the years.

But Gibney was in a unique position as the Oscar-winning documentary director who had set out to make what he called a "feel-good" film about Armstrong’s comeback in the Tour de France in 2009. Known for tackling tough subjects like torture during war and the fall of energy company Enron, Gibney could take a lighter approach to a common theme for him – winning at all costs.

That feel-good film was scrapped once doping allegations snowballed, a federal investigation was launched and the United States Anti-Doping Agency confirmed he had cheated by doping. When Armstrong finally admitted as much to talk show host Oprah Winfrey earlier this year, the film was revived and resulted in a very different documentary called "The Armstrong Lie," which opens in U.S. theaters on Friday.

Gibney knew that with the remaking of the documentary, he himself would be a major player in the film.

"This was a lie that was hiding in plain sight because Lance was its curator and a very careful curator of his own myth."

Around a month before the Oprah interview, Armstrong called Gibney, told him he had lied and apologized. A few hours after talking to Oprah, he sat down with Gibney and talked about living "one big" lie. And that is how the film opens, with an uncomfortable Armstrong speaking in rambling fashion, never quite coming clean or owning up to one of the biggest cheating scandals in sport.

Gibney, nevertheless, manages to make good use of the footage from his original project called "The Road Back," taking the viewer on his journey on the 2009 Tour de France, where he had unparalleled access to Armstrong, who in turn would earn a share of the film’s profits. Gibney was even allowed to interview the Italian doctor who Armstrong’s critics believed was the brains behind the doping that took the cyclist from barely surviving cancer to winning the tour a record seven consecutive times.

"I think it was part of this plan for that year, which was ‘Look at us. We are absolutely clean. We have nothing to hide’," said Gibney.

A turning point for Gibney comes at the high-mountain Ventoux stage of the Tour de France, where he finds himself rooting for the American cyclist who was roaring back four years after retirement in 2005.

"I wasn’t the objective, distant journalist," Gibney said. "I had followed him on this ride to some extent. It was better for my story if he comes in third rather than fourth, off the podium. But at the same time I had developed an affection for him."

As investigations opened and evidence mounted that Armstrong had engaged in doping over his career, the old sources in the Armstrong camp went underground, while new sources, namely Armstrong’s teammates, starting speaking up. They play a big part in the refashioned film.

"There was now a wealth of detail…and some new people had come forward, principally Lance’s chief lieutenant George Hincapie, to confirm these allegations," said Gibney.

If for many it feels like there is unfinished business when it comes to Armstrong, Gibney says that’s because Armstrong hasn’t divulged what he knows about the sport’s workings and matters like the sponsors’ role in his cheating.

"We all know now that Lance doped," Gibney said. "The bigger picture – some of which we suggest in the film – is still elusive, like how a sports organization works to protect its most lucrative athlete."

Armstrong could speak up once his legal problems are resolved, including a federal whistleblower lawsuit that could end up costing him over $100 million if he loses the suit.

Gibney is still in touch with Armstrong, who didn’t like the new name of the film, but seemed to accept it. The filmmaker said he too has had to accept some tough truths.

"What ‘The Armstrong Lie’ process did for me as a filmmaker was to give me a fuller appreciation for this need to balance my own subjective feelings with a sense of larger perspective," Gibney said.